Military officials knew long ago about the failure to take care of America's war wounded at the beleaguered Walter Reed hospital. 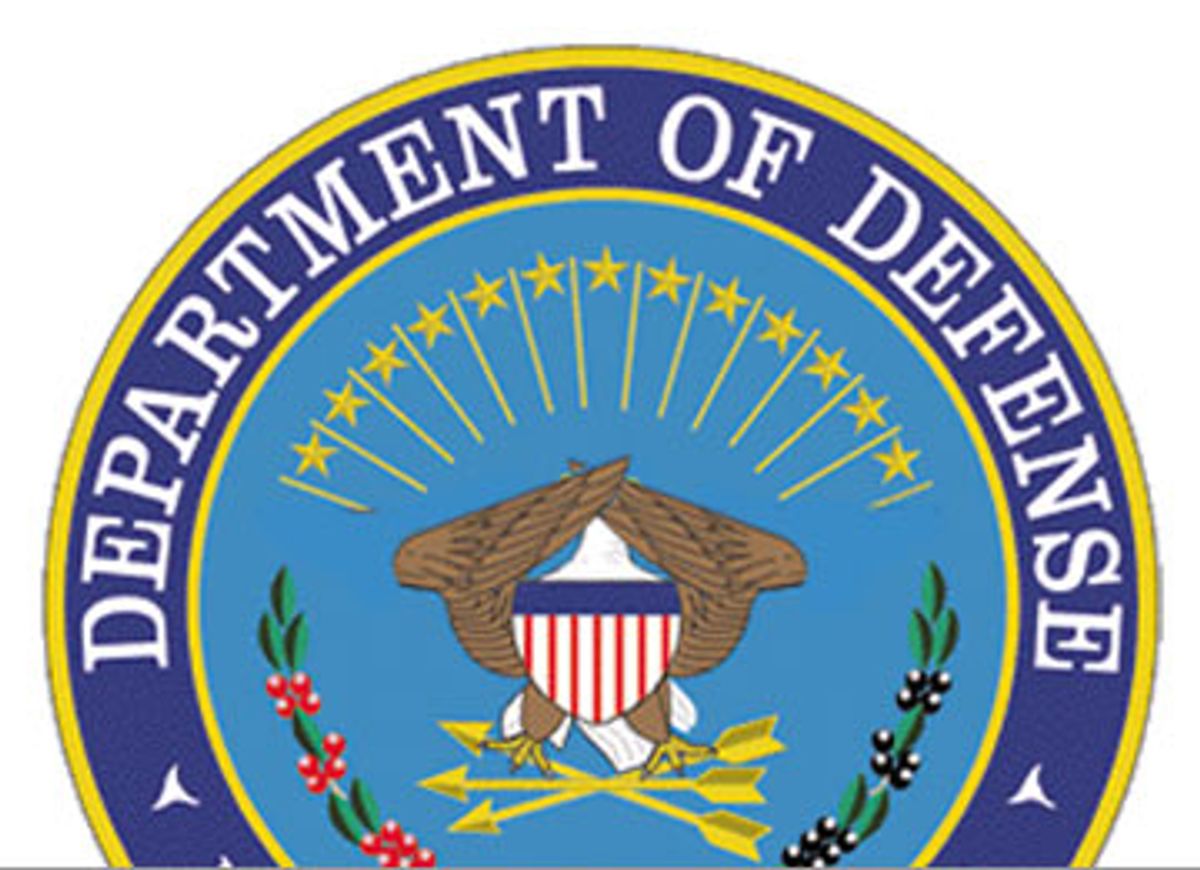 When the Walter Reed scandal exploded in the media in February, bringing wide attention to inadequate care for veterans at the Army's flagship hospital, Defense Department officials expressed shock and claimed ignorance. Dr. William Winkenwerder Jr., the assistant defense secretary who oversees military medicine, declared at a press conference on Feb. 21: "This news caught me -- as it did many other people -- completely by surprise."

But Salon has learned that the Defense Department had been conducting monthly focus group discussions with soldiers treated at Walter Reed since before the wars in Afghanistan and Iraq had even begun, and that it continued to do so as wounded veterans of those conflicts arrived at the facility. The interviews with outpatients were set up to monitor Army healthcare and provide military officials with direct information about it.

"They were trying to find out the good and the bad and the ugly," said a former Defense Department official familiar with the DoD focus groups. "That is the good-news story. The bad-news story is they did not do anything about it."

The focus groups were conducted every month and included soldiers and their families, according to the former Defense Department official. The interviews sometimes took place at Walter Reed or in the department's Force Health Protection and Readiness offices in northern Virginia. That office helps write DoD healthcare policy and monitors health trends among returning veterans.

A Pentagon spokeswoman, Cynthia Smith, confirmed in an e-mail to Salon that the interviews with wounded veterans had taken place, describing them as "focus groups to gain useful input from troops who've deployed and accessed the military health system." Terry Jones, another Defense Department spokesman, said in a separate e-mail that soldiers participating in the DoD interviews were encouraged to be candid. "They are asked how well the system has worked in identifying and treating any health problems experienced before, during, and after deployment."

The DoD sessions were in addition to the focus groups with Walter Reed soldiers conducted by the Department of Veterans Affairs in 2004. As Salon reported earlier this month, the VA found more than two years ago that soldiers at Walter Reed were "frustrated, confused, sometimes angry" about the difficulties they faced in getting adequate care.

Until last week, the leaders of the Force Health Protection and Readiness office, which ran the interviews, reported to Winkenwerder. During his Feb. 21 press conference, Winkenwerder suggested that money was not the source of the problems at Walter Reed. "Let me just say, this is not a resource issue," he told reporters. The next day, the White House announced that Winkenwerder would be leaving his post. (His replacement, Dr. S. Ward Casscells, a vice president of biotechnology at the University of Texas Health Science Center, took over last week.)

During a brief encounter on Capitol Hill last month, Winkenwerder told Salon he had never heard of the patient focus groups conducted by the Department of Defense. "At Walter Reed, I was not aware that there were focus groups," Winkenwerder said. When presented with details about the office conducting the groups, he conceded, "I know that they meet with service members and their families periodically."

The official in charge of the Force Health Protection and Readiness office who reported to Winkenwerder is Ellen Embrey, deputy assistant secretary of defense for force health protection and readiness. Embrey did not attend the focus group sessions with Walter Reed soldiers, according to Smith, the DoD spokeswoman. Instead, the sessions were run by Embrey's deputy, Dr. Michael Kilpatrick. But no transcripts were kept of the interviews, according to Jones, the DoD spokesman, and Kilpatrick is on vacation and unavailable to explain what he heard from the soldiers who participated.

It made sense for the Force Health Protection and Readiness office to hold focus group sessions. A Department of Defense directive from Nov. 9, 2000, orders the office to conduct outreach activities to monitor returning veterans, "assuring and preserving their trust" in military medicine.

But that trust has been shattered, according to a bipartisan report on the Walter Reed scandal delivered last week to recently installed Secretary of Defense Robert Gates. "Rebuilding the Trust," written by the Independent Review Group impaneled by Gates, notes that "first class trauma care is provided from the time of injury ... and during inpatient hospitalization." But the panel delivered a scathing indictment of the penny-pinching policies and leadership failures that beset Army outpatient care. "The breakdown in health services and care management occurs once the servicemember transitions from inpatient to outpatient status."

Jim Bacchus, a former Democratic congressman from Florida and a member of the Independent Review Group, said the outpatient scandal mirrors the larger failure by the Bush administration to plan for the ramifications of war. "To me, all of this is merely one more sign that the Bush administration simply did not foresee the consequences of going into Iraq," Bacchus said in a phone interview. "It is now a very visible sign of the failure of foresight."

The report describes the Army's outpatient program as overwhelmed by casualties and starved for resources. Soldiers caught in its trap must fight a nightmarish bureaucracy for months or even years as they struggle to get disability payments. They often do so without the help of caseworkers, who are in short supply.

The report also points out that as the wars go on, the number of mental healthcare providers working for the military is decreasing. The report is particularly critical of the failure to take care of soldiers at Walter Reed with invisible wounds such as post-traumatic stress disorder and traumatic brain injury. "Numerous servicemembers, and their families, expressed considerable angst regarding the lack of diagnosis and/or treatment" for those conditions, according to the report.

But supposedly, PTSD treatment at Walter Reed had been under scrutiny by military officials, according to Smith, the DoD spokeswoman. "In 2005, a second track [of focus groups] was added to become more behaviorally health oriented and specifically address post-traumatic stress disorder," she said.

There are other indications that Pentagon leaders should have known about the problems at Walter Reed long ago. The Independent Review Group report notes that some of the failures in Army healthcare have been documented in a raft of government reports going back for years. "Numerous reports by agencies within both the executive and legislative branches of government have previously identified problem areas," the report says. "Regrettably, many of these problems still exist." An appendix in that report lists 16 previous government reports and congressional testimony documenting breakdowns in Army healthcare, including studies by the Government Accountability Office, Congress' investigative arm.

Bacchus said the systemic problems in Army healthcare were relatively well known within the military. (Salon began reporting on problems at Walter Reed in 2005.) When articles in the Washington Post in February pushed the story into the mainstream, few were surprised. "We found that a lot of people in the military were waiting and hoping that someone would ask the right questions," Bacchus said.

Army Secretary Francis Harvey, Army Surgeon General Lt. Gen. Kevin Kiley, and Walter Reed's commander, Maj. Gen. George Weightman, all lost their jobs in the wake of the Walter Reed scandal. But the Independent Review Group report suggests they are not the only ones responsible for the failures. "Authority to correct the most difficult issues was beyond the local commander and the service secretaries," the report says. "Yet to be addressed is the role of policy and oversight that control the budget and direct resources for military medicine."

The policy and purse strings are controlled by the top civilian leaders at the Pentagon. Perhaps the most influential among them is Dr. David S.C. Chu, undersecretary of defense for personnel and readiness, who has responsibility for military healthcare, including disability benefits, and who reports directly to the secretary of defense. Chu, an economist, mathematician and former Army comptroller, has been in that role since the summer of 2001. He told the Senate Armed Services Committee last month he was "deeply chagrined" by the Walter Reed fiasco.

But veterans advocates roundly criticized Chu after he famously told the Wall Street Journal in early 2005 that the Pentagon was spending too much on veterans' benefits, and they remain deeply skeptical of him. "What is happening at Walter Reed and other military facilities is a natural consequence of trying to fight the war on the cheap," said Rick Weidman, who works with Vietnam Veterans of America. When it comes to Army healthcare, he said, "it was David Chu who was running that train."

Unlike the leaders beneath him who have been implicated in the Walter Reed scandal, Chu remains in his post at the Pentagon.