She said it! Sort of 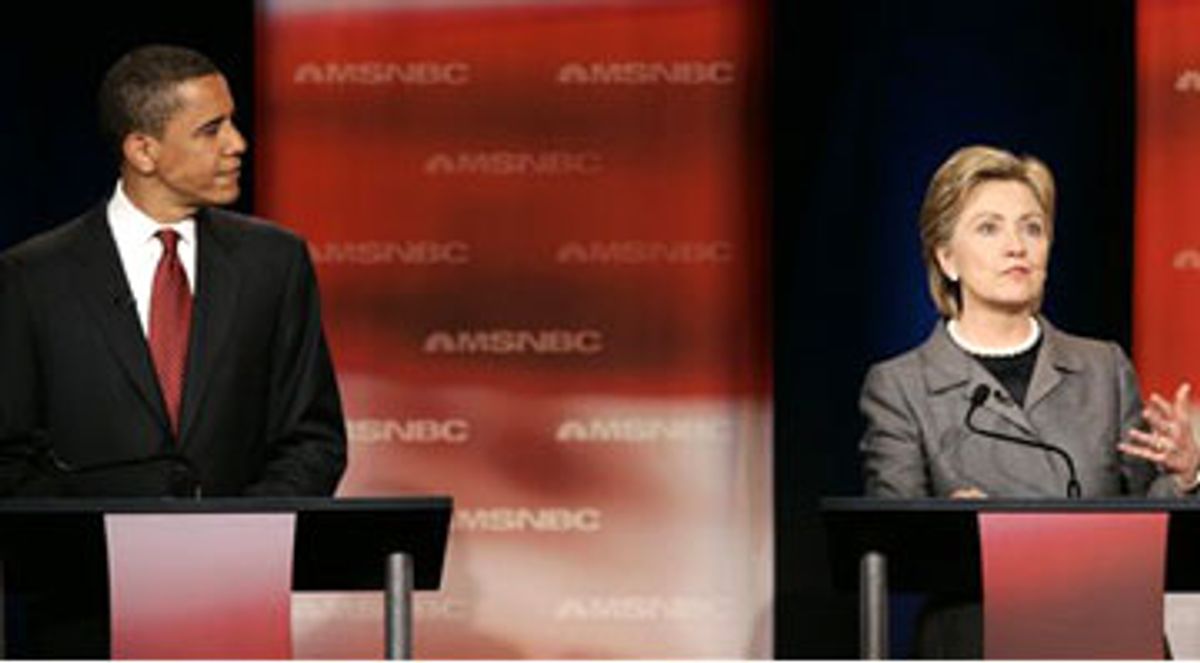 Sen. Hillary Clinton has been adamant about refusing to say she made a "mistake" authorizing President Bush to go to war with Iraq. But just now, in response to a question from a viewer about a "mistake" she's made, she first pointed to her work on healthcare reform, which was a nice touch, and then added: "Believing the president when he said he would go to the United Nations and put inspectors into Iraq to determine whether they had WMD." Does that count? I think so.