I saw John Edwards in the shampoo aisle

Yes, the presidential hopeful got two overpriced haircuts -- but when he's at home he goes to the local grocery store like everyone else. 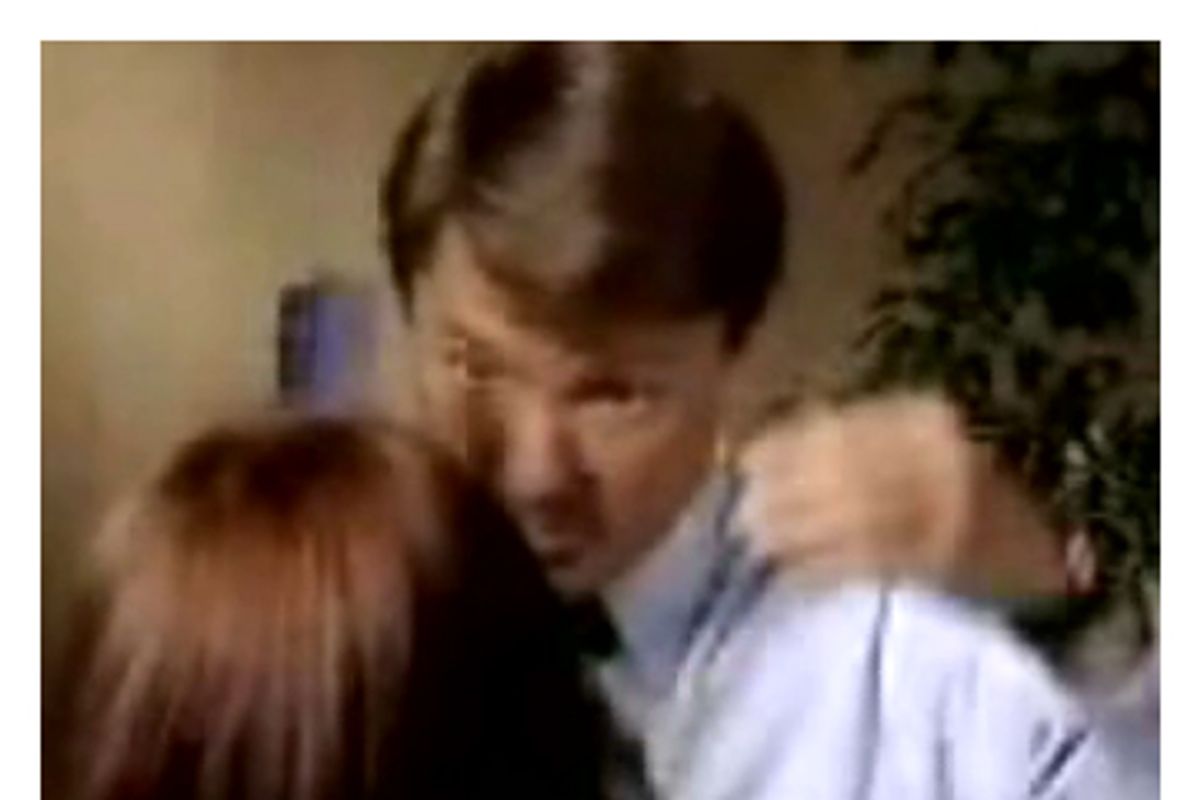 My wife and I ran into John Edwards in the shampoo aisle the other night. No, really, we did. My wife didn't believe it was him at first. "Yeah, right," she said. "He's behind us ... buying hair gel?" But there he was, at the neighborhood grocery store. His 8-year-old daughter, Emma Claire, was with him, and she was busy devouring something with a straw. This was no staged press event, like George H.W. Bush's ill-fated trip to a grocer's convention during the '92 campaign, when he was famously accused of being amazed by a checkout scanner. There were no cameras, no entourage. Just a dad wearing a T-shirt and shorts, with his little girl, stopping by the store to pick up something on the way home. A dad who also happens to be running for president.

John Edwards has been in the news a lot lately. But it hasn't been for his universal healthcare proposal, or for his ideas about making it easier for most Americans to file their taxes. Not even for his wife Elizabeth's courageous fight against her recurring cancer and their decision to carry on with a presidential campaign. Edwards' most recent round of publicity has been all about his hair.

When first-quarter campaign finance reports were filed with the FEC, enterprising reporters learned the Edwards campaign had picked up the tab for two $400 haircuts for the candidate. Team Edwards claimed the bills had been sent to the campaign by mistake, and Edwards personally reimbursed his campaign treasury $800. He later explained to Iowa voters he hadn't realized how high the charges were going to be, and that his staff arranged for the two haircuts in California hotel rooms to save time between campaign stops. Appearing on the nationally syndicated Ed Schultz radio show, he called the episode "really embarrassing," and admitted "no one should pay $400 for a haircut."

The gaffe made Letterman and Leno, Maureen Dowd wrote a column about it, and it landed the Edwards campaign unwanted publicity nationwide. For the media, the story was irresistible, especially in light of Edwards' signature campaign focus on looking out for the little folks. A $400 haircut doesn't exactly square with focusing on the plight of working- and middle-class families or a war on poverty.

There's a problem here, though. When the media spends time covering "issues" like a candidate's haircuts it blatantly overlooks what's really at stake: Whoever sits in the White House has enormous power to change things for America, for good or bad. Right now our country is falling apart, thanks to two terms under the worst president in history. We can't afford another George W. Bush. The media has a responsibility to help voters make sense of how the men and women running for the Oval Office would operate once they got there. Haircut stories don't cut it.

At a time when more and more of us are finding the American dream harder and harder to achieve, there's a lot for the 2008 candidates to address. To Edwards' credit, he is the first Democratic contender to release a detailed plan for achieving universal healthcare coverage. Rising healthcare costs and lack of coverage is the No. 1 issue most voters say worries them about their economic future.

Growing numbers of Americans are losing their homes because they can't afford the rising payments. In the first quarter of 2007, home foreclosures increased by 35 percent from the same period in 2006, with 37 states reporting an increase. For all of last year, there were 1.2 million foreclosures, which itself was 42 percent more than in 2005.

A big part of this foreclosure crisis is that nonexistent oversight of lending companies under the Bush administration allowed them to sucker people into loans that would be almost impossible to pay back. It should come as no surprise that Bush put the wishes of big financial firms first, since credit card giant MBNA has been his single largest corporate donor. Edwards' platform includes legislation to help stop predatory lending, which he recently called a "shameful practice" that is "compromising our strength as a nation."

Let's not forgot the war in Iraq, now in its fifth year. Bush's war drains American lives and resources daily -- an estimated $8.4 billion a month that could be spent addressing needs here at home. Edwards has repeatedly apologized for his vote to go to war in Iraq, calling it a "mistake," and pledges to withdraw all troops if elected president.

For the record, we didn't see John Edwards pick out any hair products in the store. He used the regular checkout lane, chose plastic over paper, and put his own cart away before leaving. Edwards may have gotten two overpriced haircuts on the campaign trail, but when he's home, hanging out with his kids, he goes to the grocery store like everyone else. That should count for something. Especially at a moment when our country is in trouble because the Bush administration never cared about the interests of average Americans, the kind of people who shop at grocery stores.

Erik Ose is the co-founder of Musicians Organized for Voter Education and a veteran of Democratic campaigns in North Carolina. He authors The Latest Outrage, a blog devoted to exposing right-wing shenanigans.