Is this time-toying thriller, starring Julianne Moore and Nicolas Cage, worth even two minutes of your future? 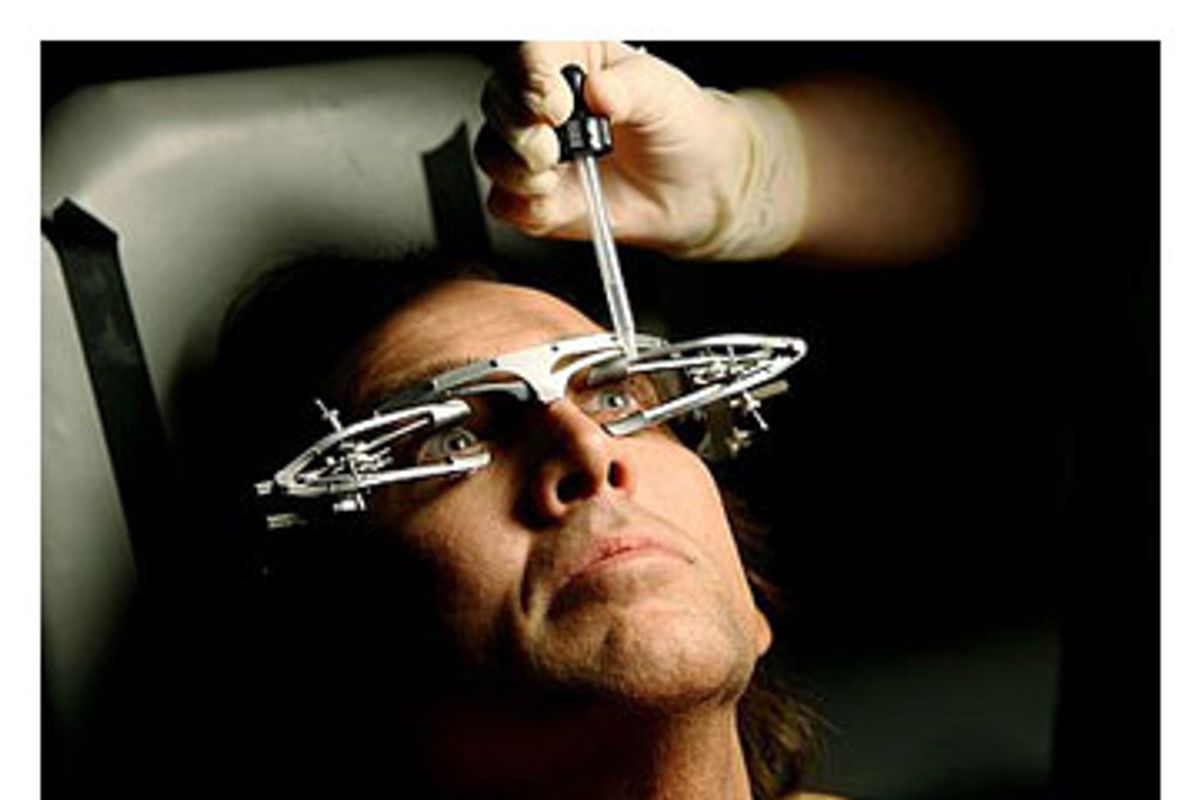 There's some pleasure to be had in watching Julianne Moore, in "Next," as an FBI agent trying to foil a gang of baddies in their attempt to detonate -- for no discernible reason other than to make a loud boom -- a stolen nuclear device. Skulking around in a bulletproof vest and a billed cap, she sure looks like she means business, and even when she's called upon to utter wooden-mallet lines like "The nuclear device has moved! We need to find its exact location!" you listen up: Moore is such a sensible, believable actress that even when she's playing a not-very-nuanced role in a throwaway sci-fi thriller, you still believe that paying attention just might save your life, or the world.

But "Next" isn't a particularly good showcase for Moore, or for anyone else: Nicolas Cage plays Cris, a Las Vegas magician (he goes by the semi-swingin' stage name "Frank Cadillac") who has the ability to see into the future. But only into his own future -- only things that will affect him directly. And the furthest he can see ahead is two minutes. So he can, say, dodge a bullet, but he can't tell what the future love of his life is going to look like. OK, actually, he can: In one of his future visions, he has seen a woman who looks remarkably like Jessica Biel strutting into a diner, and he knows that, somehow, his future is linked with hers. It turns out that this woman, Liz -- who, lo and behold, is played by Jessica Biel -- is a sunny, down-to-earth type who treks to the bottom of the Grand Canyon once a week to teach the children of the Havasupai Indian reservation.

But we're getting more than two minutes ahead of ourselves. Agent Callie Ferris (Moore) has her eye on Cris: She's seen his stage act -- in which he does stuff like predict that a woman's necklace is going to fall off, and then, sure enough, it does -- and she's convinced that he can use his special gifts to find out when and where the bad guys are going to set off the nuclear bomb. She goes to a lot of trouble to find him, but because he's a full two minutes ahead of her, he always manages to elude her. Her only recourse is to trap him, but can she do it? He's a wily little scamp.

"Next" was directed by Lee Tamahori, whose movies include "XXX: State of the Union" and "Die Another Day," as well as the Maori-family drama "Once Were Warriors." "Next" has a stylish gleam -- but not much else. The script, based on the Philip K. Dick story "The Golden Man," is by Gary Goldman, Jonathan Hensleigh and Paul Bernbaum, and it's a scattered affair, offering lots of opportunities for the same event to be shown two or more ways -- because Cris can see into the future, he can modify his actions to affect its outcome. But it has no real depth. There are numerous action sequences in "Next," including an elaborate avalanche scene, and yet not much action: We get some screechy, scrappy car chases and quite a few kablammo explosions, and yet very little actually seems to be happening. Cage's Cris runs from here to there, sees what's coming and switches tack, over and over again: A bullet hits his back and comes out through his chest -- except it doesn't, because, once he knows that's going to happen, he's able to contort himself to avoid it. As we flip through all the possibilities of what could happen, we lose interest in what actually does happen. "Next" is clearly an attempt at a puzzle movie, one of those brainteaser pictures that lures viewers into another dimension, but it doesn't have the momentum, the quick-wittedness, to keep us wondering what's going to happen next.

There's also supposed to be a lush, romantic angle to "Next," but that doesn't work, either. There's something immensely likable and approachable about Biel: She's got lots of charm, but not much gravity. Cage, on the other hand, has too much gravity. He has often made a terrific romantic lead, and his performance in the 1987 "Moonstruck," as a high-strung, one-armed, opera-loving baker, set the bar pretty high. But in "Next," he seems to have taken his cues from some random lost-dog poster. When he gazes at Biel, his eyes turn into two shining, blank moons -- I think that's supposed to signify love, but I'm not quite sure. You'd expect a guy who can see into the future to suffer many internal conflicts, to find himself wrestling with who he is and what he has the power to change -- or not. In voice-over, Cris reflects, "Here's the thing about the future: When you look at it, it changes. Because you looked at it. And that changes everything else." It's hard to know exactly what happens at the end of "Next" -- or if the movie even has an ending. Maybe "Next" is always two minutes ahead of us. Or maybe the problem is that it never lives in the here and now.