Sigourney Weaver plays a woman with autism in this sad little film. Let the awards roll in. 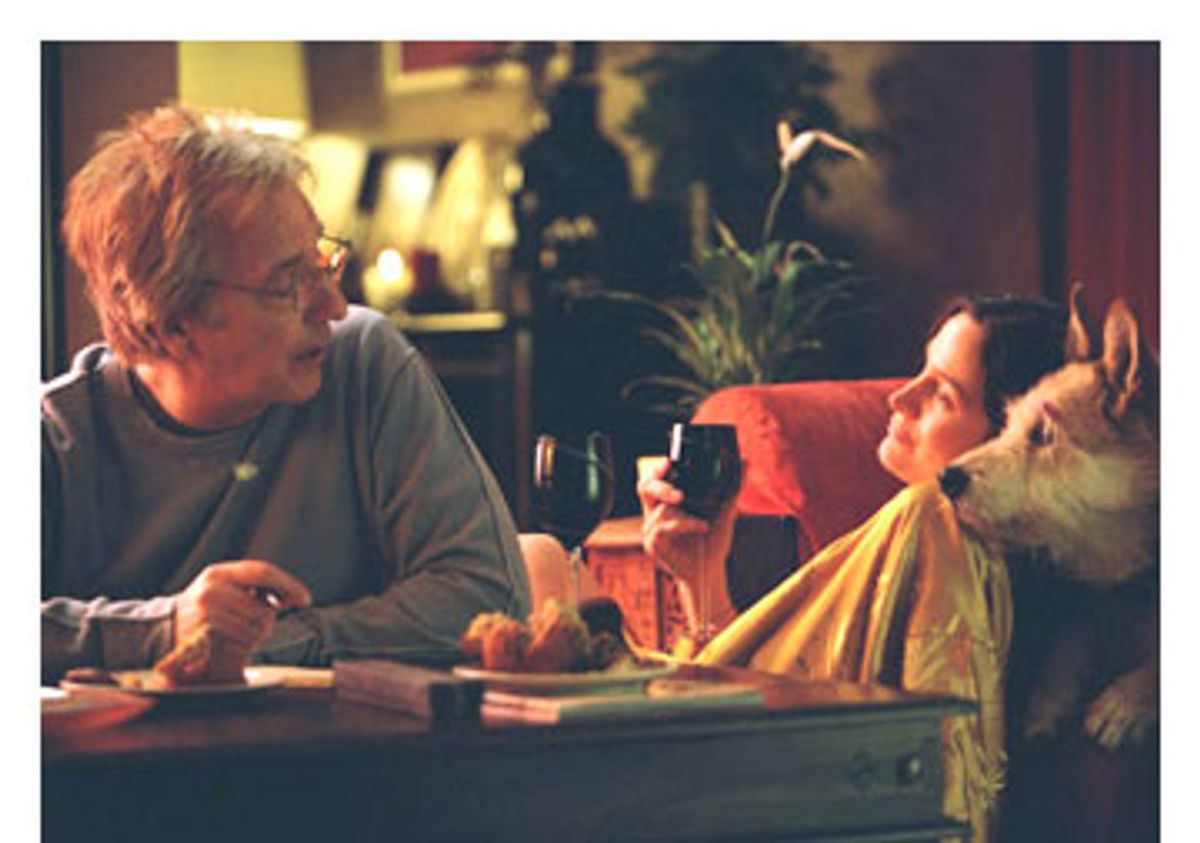 Somewhere, somehow, someone once came up with the idea that it's always good for actors to "stretch," to tackle roles that no one would ever imagine them playing. Catherine Deneuve as Golda Meir! George Clooney as the Elephant Man! Nicole Kidman as Virginia Woolf! I'm not just talking about the practice of deglamourizing stars by sticking them in serious, ponderous roles (although that's bad enough). I'm talking about performances in which an actor takes the very things we love most about him or her -- expressiveness, timing, sharpness, even just wily charm -- and wrests them into awkward pretzel shapes just to prove that it can be done. We're supposed to walk away marveling at the brave spectacle we've just seen, when often what we've really witnessed is a display of craft at the expense of characterization. Maybe challenging our expectations is easier than actually filling them.

And so that's how we get Sigourney Weaver -- an actor with extraordinary wit and smarts -- playing a woman with autism, a woman whose way of experiencing the world has very strictly delineated limits, in Marc Evans' "Snow Cake." Weaver's character, Linda, is independent: She lives in a house of her own, in the small, snowy town of Wawa, Ontario, and has a job stacking shelves at a local grocery store. She's reasonably capable of carrying on a conversation, although her social skills are virtually nonexistent. When a stranger, an Englishman traveling through Canada named Alex (Alan Rickman), shows up at her house, she says, mechanically, "I'm supposed to offer you a cup of tea," as if she were remembering something that had been drummed into her in a classroom long ago. She shows little emotion and lacks compassion for others. She's childlike at times, gazing with glassy-eyed delight at a sparkly ball, or jumping, with gleeful obsessiveness, on the trampoline in her backyard. When she's excited or agitated, her hands curl up into little claws.

Is this a believable and accurate portrayal of what a high-functioning autistic person would be like? Maybe. Did the role demand tons of preparation and concentration on Weaver's part? There's no doubt. ("Snow Cake" was written by Angela Pell, who drew on her own experience with her 7-year-old son's autism.) And yet the performance feels like a stunt, not a true marvel -- a case of an actor playing a condition, not a character. You can see the actor's gears grinding away in Weaver's every expression, every movement. Linda's eyes glitter as she cuts little snowflakes out of paper (snow, if you haven't already guessed, is her favorite thing in the world). She launches into mini temper tantrums when anyone sets foot in her kitchen (which she inspects obsessively before and after each use, as well as in between), her facial muscles contorting into an almost primeval expression of anger.

This, apparently, is the kind of "stretch" our contemporary great actresses have to look forward to as they near 60.

It feels a bit uncharitable to beat up on Weaver and on "Snow Cake," a small picture that was obviously a labor of love. (Evans' previous credits include the 2002 webcam thriller "My Little Eye.") But the picture is so drab and listless that it often feels like punishment, even though Rickman gives a fine performance, one that's heartfelt as well as characteristically elegant (not to mention sexy). Tragedy brings Alex to Linda's house: Earlier, he'd picked up a hitchhiker, a young woman named Vivienne (Emily Hampshire). His car was hit by a truck, and Vivienne died instantly. Linda is Vivienne's mother, and Alex feels compelled to connect with her, to offer his sympathy, even though the accident wasn't his fault.

The two forge a bond that can't really be called a friendship, or even a connection: Linda is nearly incapable of connecting with people, although at one point she concedes that she likes people who are "useful" -- those who will build snowmen with her, or who will bounce around with her on the trampoline. Alex intends to drop in just for a brief visit, but he finds himself sticking around to help plan the funeral. He also befriends Linda's free-spirited neighbor (played by Carrie Ann Moss), who helps him sort through some of his own interior troubles, largely in bed. The two have a lovely scene together, a moment of post-coital embarrassment that's at first painful to watch but ends up shifting into a breezy little joke, a case of two actors making a connection that feels both deep and effortless at the same time.

It's wonderful that Rickman -- with that handsome, hawkish profile, that voice like the purr of a disdainful jungle cat -- gets to play such a sensual character here. In the movies, sex is so often presented as just a young person's game, while "older" actors are shuffled off to play parents and granddads.

Obviously, Weaver's role in "Snow Cake" isn't about, and doesn't need to be about, sexuality. But there's something distressing about seeing this remarkable performer -- who played both a slayer of monsters and a fiercely protective mother figure in "Alien," and a bracingly vital boss-villain in "Working Girl," to name just two of many terrific performances -- grunting and snorting with delight as she stuffs her face with snow. I can't help wanting something better, or at least just meatier, for an actress like Weaver. It's not impossible to come up with good roles (and not even necessarily glamorous ones) for actresses over 50. In Sarah Polley's remarkable, soon-to-be-released "Away from Her," Julie Christie plays a woman diagnosed with Alzheimer's. And although the affliction affects the character, it doesn't define her. Christie gives a difficult, penetrating performance, one that suggests the way our experience can widen with age, rather than close down. It's the sort of thing not every actress could carry off. The lucky thing is that the role was there for Christie to play in the first place: There are more wonderful over-50 actresses around than there are movies to place them in.

Weaver will not only rebound from "Snow Cake"; she'll probably win an award or two. At the screening I attended, I heard various allegedly serious-minded types humming about how amazing they thought she was. Her performance is, at the least, a well-executed acting exercise, and Rickman, with his dry powers of observation, serves as a kind of protective foil for the extremely vulnerable character Weaver is playing. Still, as I watched Rickman's Alex express incredulous curiosity as Linda packs snow into her gob, I couldn't help wondering, What would Snape make of all this? We shouldn't need the dark arts to come up with decent roles for experienced actresses, but maybe that's what it's come to.