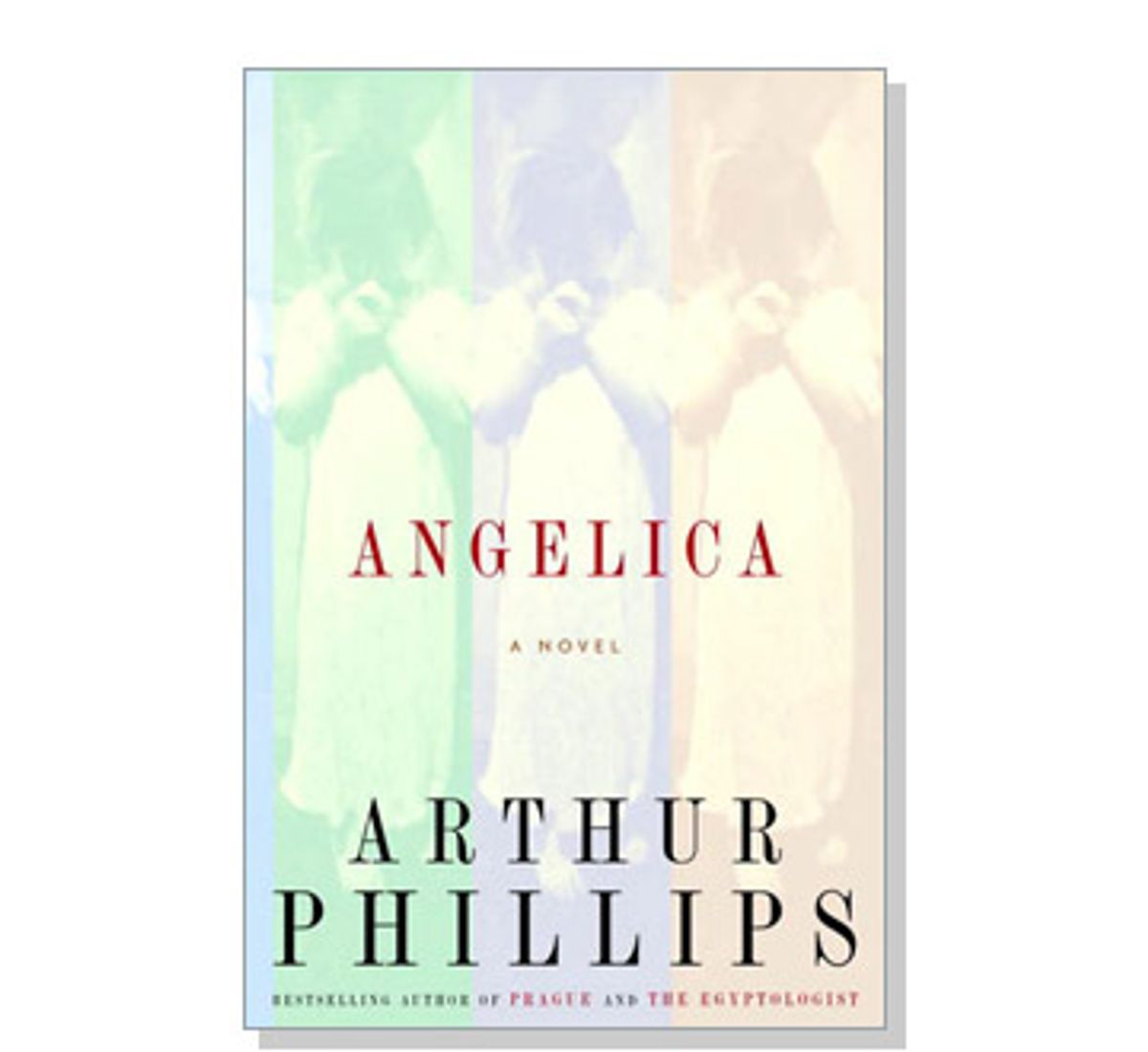 The extravagantly talented novelist Arthur Phillips seems to be making a grand tour of all the best literary genres. He kicked it off in 2002, with "Prague," a tragicomic bildungsroman about an ensemble of young Americans desperately striving to have an authentic bohemian experience in early-'90s Budapest, Hungary. Then he tried a literary/historical thriller with the diverting, if baggy, "The Egyptologist," whose narrator slides irrevocably down the scale from unreliable to outright demented. For his latest effort, "Angelica," Phillips has produced an elegantly sculpted psychological ghost story told from four different points of view; it's "The Turn of the Screw" crossed with "Rashomon."

"Angelica" describes the disintegration of a Victorian marriage. The wife, Constance Barton, is a "counter-jumper," a beautiful, orphaned shopgirl who married up. Her husband, Joseph, works in a medical research laboratory, overseeing animal experiments whose nature is only alluded to, with a vagueness more chilling than any Grand Guignol. The other two principle parties are the couple's 4-year-old daughter, Angelica, and Anne Montague, a spiritualist hired by Constance when she becomes convinced that a malevolent spirit is after her child. As an added twist, all four accounts are imaginary re-creations, the work of a single narrator, someone intimately connected with the affair, who appears to be writing all this down under the orders of a psychiatrist.

As you might expect, whatever opinions you form after reading Constance's section of the novel will be capsized by Anne's, then by Joseph's and finally by ... well, Angelica's version of the story is a special case. As far as Constance is concerned, male lust and violence threaten her at every turn. She sees her husband (whose family name was changed from Bartone) as seething with "boiling" Latin blood and an "inexhaustible furnace of rage" barely concealed by a façade of "cool" English self-possession. After three grueling miscarriages, Constance believes another pregnancy will kill her, but how can she keep putting off this fiery "Italian bravo"? Leering men -- Joseph's friends, strangers in the park -- surround her. The newspapers reek with reports of a Ripper-like killer at large in London and atrocities perpetrated by "brown men" abroad (apparently the Sepoy Rebellion of 1858, in which British women and children were massacred). Finally, the eerie lights, frigid drafts and foul smells emanating from her daughter's bedroom coalesce into a specter hovering lasciviously over Angelica's sleeping form.

Anne Montague, a former actress, may believe in spirits, but she thinks something else is rotten in the Barton household. In spite of the pecuniary instincts that urge her not to alienate a good client from her husband and his money, her compassion is roused by Constance's "natural and lovely aura of tragically subdued liveliness." Like most of the characters in "Angelica," Anne holds firm ideas about the sexes. Men, as she sees it, cling to the inadequate rationalism of "gavels and microscopes and ledger books, all the lenses they use to make themselves feel better," except when they're harrowing the world with the "horrible outbursts" of their "excess desire." Joseph, who proves to be neither as hot- nor as coldblooded as either woman believes, simply thinks his wife is going insane, and consults a doctor who explains that it wouldn't be a long trip. "Madness in women," Dr. Miles announces, "is a magnification of the moods they normally carry in their repertoire."

Embedded in Joseph's consultation with Dr. Miles is a bizarre tale the doctor tells of a man who is murdered by his apparently deranged wife; she claims he had been "selling her to the Tsar's army night after night for years." Or at least, the authorities think the wife is mad, until they discover a secret compartment in the couple's bedchamber, filled with regimental uniforms. And on and on the story goes, turning on itself "at least three more times before Joseph lost all track of who had been guilty, mad or worthy of his sympathies. With the testimonies of each new character ... the meanings of both the murder and the marriage shifted, guilt fluttered from one shoulder to the next, taking wing again as soon as its claws had touched down."

Somehow, none of this unsettles the doctor's faith in the accuracy of his own diagnosis. "Angelica" is, like Heidi Julavits' recent novel, "The Uses of Enchantment," a brief against certainty, and like that novel, it, too, directly targets psychiatry for its hubris in thinking it can get to the bottom of human behavior and emotions. Indirectly, the novel tweaks those unsophisticated readers who demand to know what really happened, a question that's a lot easier to get away with not answering in a ghost story. The horror of the great psychological ghost stories -- Henry James' "The Turn of the Screw" and "The Jolly Corner," and Shirley Jackson's "The Haunting of Hill House" -- lies in the fuzziness of the line dividing the supernatural from the simply mad, the perils of the outside world from the dangers lurking within.

Phillips grasps and articulates this principle flawlessly, perhaps too flawlessly, since a lot of the frisson -- the creepiness -- of the Jamesian ghost story resides in its vibrating inability to be certain about even its own uncertainty. This author knows how to draw that fuzzy line, but you don't get the sense he has ever walked it himself, so "Angelica" is always interesting, but never actually spooky. Still, Phillips has yet to write a bad -- or even a mediocre -- novel, and this one is so much better than the usual run of literary fiction, it seems ungracious to quibble. Eventually, Phillips will light upon the genre -- a Trollopian "social novel" perhaps? -- that ideally suits his gifts, and an unqualified celebration will be in order: Of that there can be no doubt.