Remember when "major combat operations in Iraq" had ended? 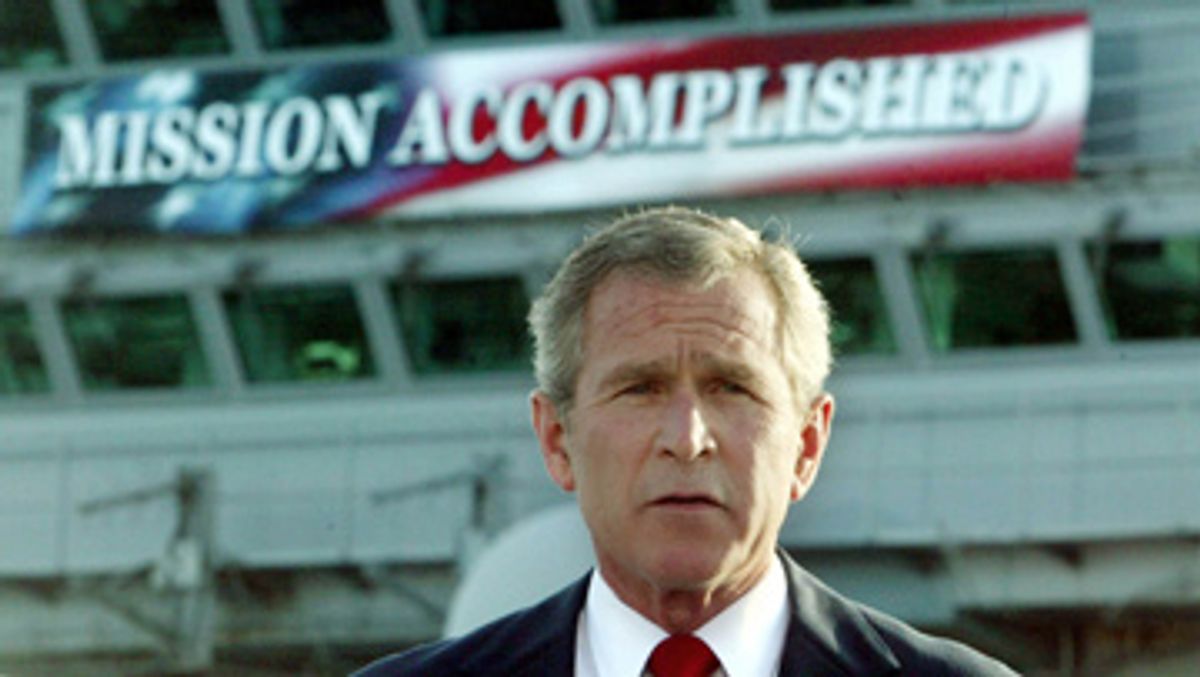 On May 1, 2003, George W. Bush stood in front of a "Misson Accomplished" banner on the deck of the USS Abraham Lincoln and declared: "Major combat operations in Iraq have ended. In the battle of Iraq, the United States and our allies have prevailed."

On May 1, 2007, the president will receive legislation from Congress setting a timetable for the withdrawal of U.S. troops from Iraq. He will veto it.

On May 1, 2007, representatives of the largest bloc of Sunnis in Iraq's parliament are threatening to withdraw their ministers from Iraq's cabinet. They say they have "lost hope" that the Shiite-dominated government will treat them fairly.

On May 1, 2007, the U.S. cost of the Iraq war will approach more than $550 billion, enough to pay for college educations for nearly half of the kids in U.S. high schools today.