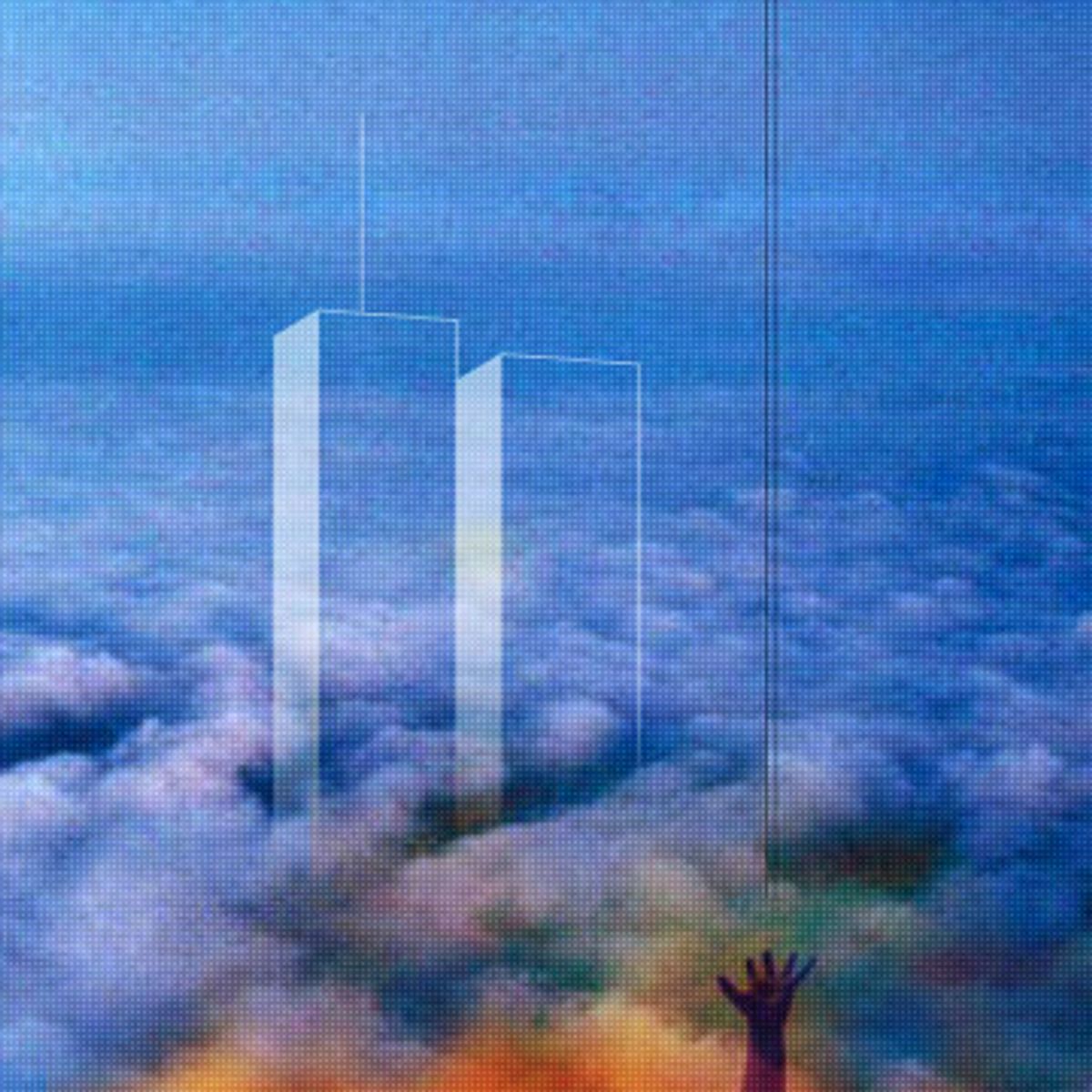 In the days after Sept. 11, when editors were scrambling for a writer who could say something profound about what had just happened, Don DeLillo was a name you heard a lot. The attacks themselves seemed so DeLillo-esque, a freakish juxtaposition of big, glossy, spectacular images and the confusion, fear and death we knew lay behind them. How was it possible to bridge the gap, to find a way to reconcile the Hollywood unreality of what we saw with the dust and blood of what we thought we felt? I say "thought" because most of us only ever saw the towers fall on TV, yet somehow we seemed to be experiencing it bodily. Ours is a culture constantly building mirages and then trying to peek behind them. Reality TV, backstage industry dish, "just like us" photos of celebrities -- we want simultaneously to be dazzled by fantasies and assured of authenticity, and here was a nightmare that collapsed the two and then smashed our faces in it.

I wish I could say that DeLillo's new novel, "Falling Man" -- his Sept. 11 novel at last -- offers some unique insight into what happened that day. What I can say is that it's one of his best books in years, a revelation after the debacle that was "Cosmopolis" and free of the bloat that afflicted even "Underworld." DeLillo is a master of the prose riff, and there are a few riffs in here as good as anything he's ever produced: a description of the immediate aftermath of the towers' collapse from the viewpoint of a man fleeing the World Trade Center, three chapters told from the perspective of one of the hijackers, and a final section that depicts, with almost inhuman perfection, the attacks themselves. For these passages alone, the book is worth reading.

The weaknesses of "Falling Man" are DeLillo's long-standing ones. Most of them spring from the fact that he is an essayist at heart, who presumably chose the novel because it is the most exalted and revered literary form of our time -- and DeLillo is not the sort of writer willing to risk being insufficiently exalted and revered. The characters in "Falling Man" are typically sketchy and the dialogue improbable; everyone speaks in exactly the same stagy, portentous manner as the mouthpiece characters in an experimental play. (What woman, being deserted by a lover, would say, "Do I know how to make one thing out of another, without pretending? Can I stay who I am, or do I have to become all those other people who watch someone walk out the door? We're not other people, are we?")

But if DeLillo can never quite make these figures register as actual human beings, they are nevertheless the vehicles for some intriguing ideas, as well as the occasion for some gorgeous writing. The central characters, Lianne and Keith, are an estranged married couple who reunite for a few years after he is nearly killed in the south tower. Lianne's mother is an imperious retired art history professor sliding into old age, and her father killed himself to escape the ravages of Alzheimer's. Lianne runs a writing workshop for patients in the early stages of the disease, a last-ditch grasp at memory for its participants, who approach "what was impending, each of them, with a little space remaining, at this point, to stand and watch it happen." Some especially fine passages describe these people poised on the brink of dissolution, including one woman who, realizing she has forgotten where she lives, notices "the world was receding, the simplest of recognitions. She began to lose her sense of clarity, of distinctness. She was not lost so much as falling, growing fainter."

Age causes people, even Lianne's formidable mother, to fade away, and this loss feels oddly more palpable in "Falling Man" than the jolting bereavement of catastrophe. It is Keith who has lost someone in the attacks -- a good friend, co-worker and poker buddy -- but exactly how isn't revealed until the description of the plane crash in the last pages of the book. His ineluctable drift away from Lianne and their 8-year-old son, Justin, could be interpreted as a reaction to this trauma, but detachment was Keith's problem long before "the planes" (as all of the characters in the novel refer to the attacks). He is a classic DeLillo protagonist, a corporate he-man, tall and good-looking with a penchant for fistfights and refrigerated sex, gliding through sterile, fluorescent-lit interiors in a state of chronic emotional disconnection -- James Bond for highbrows. He is also, like most of DeLillo's male heroes, rather boring.

Far more engaging, strangely enough, is the hijacker Hammad, who will guard the cockpit of the airplane that crashes into Keith's building. DeLillo seems to have an instinctive understanding of the attractions of fanatical martyrdom: What is it, after all, but the disengagement that entices all of his heroes, taken to extremes? Hammad wavers between the religious monomania of his teacher, Mohamed Atta, and the snares of Western hedonism -- a German girlfriend, the beach scene in Nokomis, Fla., where his cell is stationed before the attacks. He can run this circuit from normality to fanaticism and back again in a moment, while standing in line at the supermarket: "He looked at women sometimes, yes, the girl at the checkout named Meg or Peg. He knew things she could never in ten lifetimes begin to imagine. In the drenching light he saw a faint trace of fine soft silky down on her forearm and once he said something that made her laugh."

DeLillo's most believable character has always been the Lee Harvey Oswald of "Libra," and Hammad belongs to the same brotherhood of ambivalent yet determined soldiers of self-destruction. He might pause on the streets of Nokomis to consider how easy it would be to climb into a car filled with partying college kids, then turn around and condemn "this entire life, this world of lawns to water and hardware stacked on endless shelves," as "total, forever, illusion." As a counterweight to Western pleasures, the stuff Americans believe to be so seductive, stands the stark singularity Hammad finds at an Afghan training camp: "It was all Islam, the rivers and streams. Pick up a stone and hold it in your fist, this is Islam. God's name on every tongue throughout the countryside. There was no feeling like this ever in his life. He wore a bomb vest and knew he was a man now, finally, ready to close the distance to God."

The novel will eventually move toward the daring suggestion that Keith and Hammad are enmeshed in a similar process of erasure, focus and distillation. Instead of Islam, Keith boils his existence down to the ascetic discipline of professional gambling, specifically poker. This was the game he played with his dead friend, but Keith's propensity for scraping things down to the minimum pre-existed Sept. 11. Back then, all the participants in his weekly poker game liked to experiment with renunciation, instituting a ban on food, then on colorless drinks, then on any game but five-card stud and finally forbidding "sports talk, television talk, movie titles." With each reduction of the options, the stakes grew higher. Restriction and ritual become ecstatic ends in themselves.

DeLillo seems to regard this impulse as essentially masculine and linked to the loyalty of brothers in arms. Possibly Keith turns to professional poker as an unspoken tribute to his lost buddy. If so, he's unwittingly emulating Hammad's vow to "shed everything but the men you are with." Or perhaps it's that, like Hammad, Keith is in flight from the world, wanting to burn off the "various and human," in pursuit of "a narrowness of need or wish" that will finally render him pure and free. This impulse is, of course, a kind of pathology, but it's a disease DeLillo can't help admiring. Every sentence in "Falling Man" has the same autistic chill to it, the same shiny, frictionless surface. It goes down like a spoonful of mercury.

The surprise of "Falling Man" is how acutely DeLillo imagines the terrorist's mind and how feebly he captures the experience of the ordinary citizen. The figure who gives the book its title is not the man you think, the one who was photographed as he fell from the towers and whose image is considered by some to be too bleak or exploitative for publication. The Falling Man of the novel is a mysterious performance artist (remember those?) who dangles from public buildings in the same pose as the real falling man, presumably as a reminder or commemoration or commentary.

These appearances are exactly the sort of cryptic, arty motif that seems quintessentially DeLillo and quintessentially '80s, an artifact of the pre-Internet days. Back when the mass media disseminated all images and information, maybe someone like the Falling Man would have been able to strike and then vanish like Zorro, leaving nothing behind but a big question mark. In the 2000s, everything you could ever want to know about the guy would be on the Web, with photos, within a couple of weeks. He'd have a Wikipedia entry. His intentions and their validity would be hashed and rehashed in blogs and cable news programs and Op-Ed columns, ad nauseam.

This sheer glut of information, and of chatter and bloviation, is the signal aspect of post-Sept. 11 culture that DeLillo seems to have missed. His characters, with their walls hung with Louise Nevelson "pieces" and their musings on Kierkegaard, seem weirdly dated, cut off from the mediated existence that their author was once so celebrated for nailing. The quiet of their world is uncanny. Out here, with the rest of us, the "various and the human" have multiplied to the point that they verge on the inhuman. And since the days of "White Noise," DeLillo has become far more attuned to those men, like Hammad and Keith, who have turned it all off.

A friend recently told me that he thought DeLillo's prophetic moment had passed, and perhaps he's right. DeLillo was the great bard of the age of network TV; the monolithic image, its omissions and deceptions, was his subject, not the cacophony and eccentricity of today's infosphere. No wonder he's the first one we all thought of during those strange days when suddenly the same show was on every channel. Days like that, however, are few and far between.