Tony dabbles in extreme denial, and "The Sopranos" descends into a surreal hell. 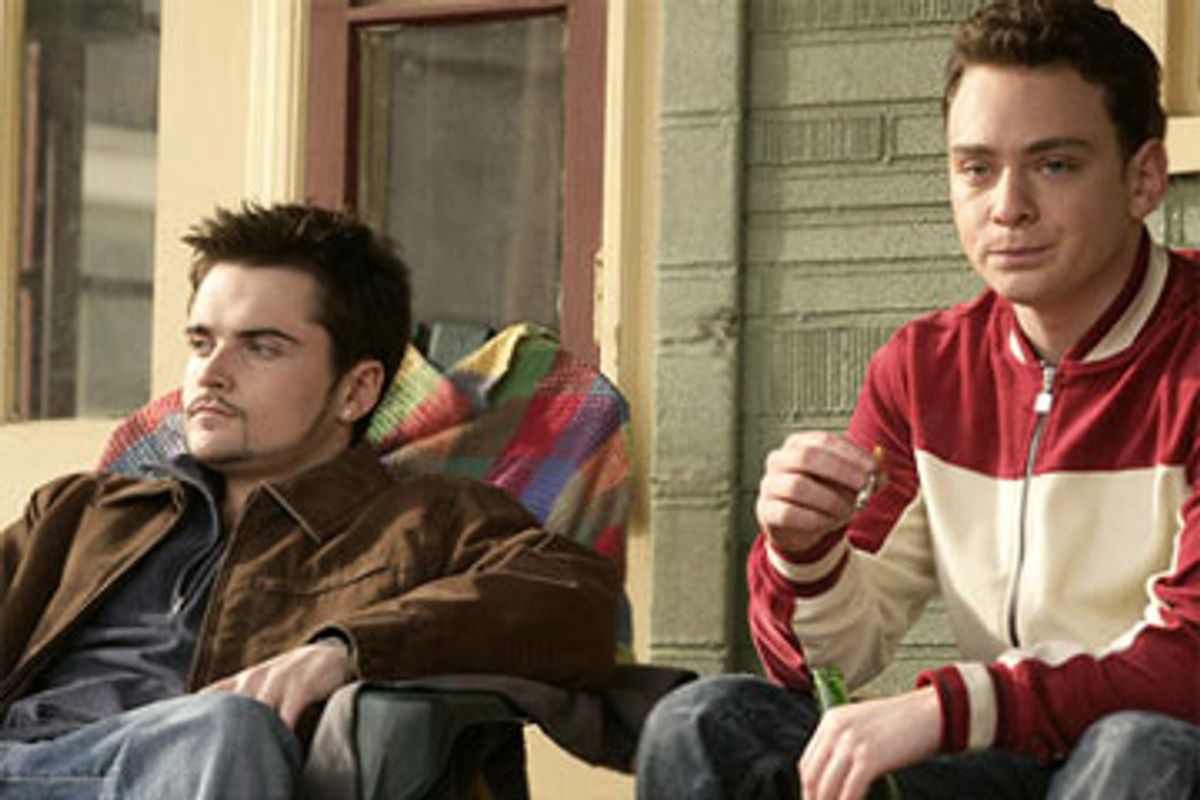 [SPOILER ALERT: Contains serious spoilers. Do not read this if you still plan on watching Sunday night's episode of "The Sopranos."]

And so it begins: Tony Soprano is going straight to hell, and taking everyone he knows with him.

The tension has been building since we rejoined Tony at Janice and Bobby's lake house. Creator David Chase signaled in the first two hours that the principals in this epic story would not be going gentle into that good night, and the ominous tone reached a crescendo at the end of last week's stunning and lyrical episode, when Christopher suddenly fell off the wagon, proclaimed that his friends had abandoned him, and then shot his friend and business associate J.T. in the head. It was as if the severe trauma of Adriana's murder had finally caught up to Christopher, and all of his moves to escape the truth -- falling into heavy drug use, getting married quickly and having a baby -- fell through at once.

At the start of Sunday night's episode, the main event seemed to be Tony's growing tension with Phil Leotardo, the new head of the New York family. Tony and Christopher drive out to meet Phil, only for things to come to a sticking point immediately. Phil has no interest in compromise, and seems to be inviting conflict by drawing lines in the sand.

When Tony and Christopher discuss it in the car, Christopher counsels Tony to exercise restraint. "Life's too short," Christopher tells him.

Tony agrees. "Each day is a gift," he says, looking pleased to remember the brief period of gratitude he experienced after he recovered from being shot by Uncle Junior.

"Every time I look at my kid, that's what I realize," Christopher responds.

The two are finally enjoying their time together, but something about the pace of their conversation is frightening. Christopher's eyes are darting about, and he's spending long stretches looking at the stereo. Or are we just being paranoid?

Tony seems to be thinking the same thing as he gazes at Christopher. "This 'Departed' soundtrack is fucking killer," Christopher says, and we hear Roger Waters and Van Morrison singing "Comfortably Numb."

"The child is grown, the dream is gone," Van Morrison sings. Tony stares at Christopher. Is he proud of him, for expressing some wisdom? Is he relieved that Christopher's finally being easygoing and pleasant, a good son? Or is he wondering how the child he once held in his arms turned into this odd stranger?

Tony asks him "So how was your party that day at the house?"

The SUV drifts into the wrong lane. Christopher swerves to miss an oncoming car, and their vehicle plummets off the road, rolling several times. The music goes dead.

The car is quiet. Soon we see that Tony is bruised but fine. Christopher looks much worse. He mumbles to Tony that he'll never pass a drug test, so they should make it look like Tony was driving. Tony, looking furious, gets out of the car, goes to Christopher's side to help pull him out. Christopher is spitting up blood. Tony starts to call 911, then stops, and covers Christopher's nose. Christopher gasps for air. Tony looks unmoved. Christopher dies.

Suddenly, that electric mix of melancholy and self-destruction that we've experienced over the past few episodes has been tied into a tight, devastating knot. Whether he's ripping apart his office or just lying in his own bed, alone, the tension and the sadness and the gripping feeling of doom penetrate every second that Tony is on-screen. First we're shown, at Bobby and Janice's lake house, how it feels to grow old and irrelevant. Then Tony lashes out with rage and paranoia at Hesh, Carmela and Melfi, and we have a sense that Tony may not only become powerless, but he may do it without any of his most trusted intimates by his side. And now, Tony essentially murders a kid who's been more of a son to him than his own son, and then he tries to trick himself into thinking that he can live with it.

What's unexpected and beautiful about this episode is that Chase and the writers didn't kill Christopher in the last minute of the show. They began the episode with his unexpected death, then forced us to watch, in horror, as Tony went from committing murder to living in a state of complete denial over what he'd done. We're being offered a glimpse of just how many layers of self-deceit it takes for the man to get up in the morning, given all of the brutal acts he's committed. Tony feels alienated not only from his own feelings, but from everyone around him as they mourn Christopher's death in earnest.

The episode takes an odd turn when, instead of taking his anger out on someone close to him, Tony flies to Vegas to get some peace. We see him eating dinner alone, sitting by a pool. Finally, he looks up a hooker who slept with Christopher, then tells her Christopher is dead. The two end up sleeping together (no surprise there) and then talking honestly. They smoke a joint, and suddenly it seems that Tony may be trying to crawl inside of Christopher's experiences. He asks the girl about the time she took peyote with Christopher, and then she and Tony take the drug together and hit the casinos, looking dazed. Instead of losing all of his money as you'd expect, Tony goes on a huge winning streak, then falls down on the floor, suddenly struck that Christopher is dead and gone and he can't even feel happy over his good fortune. Will Tony ever feel happy again?

At the end of the episode, Tony and the girl are watching the sunrise on peyote. "I get it," he says, as if he suddenly understands where Christopher has been all those years. Half crying, he yells out loud, "I get it!" But it's too late.

Still in shock? Everyone was predicting that Christopher would rat on Tony or kill Paulie, and then this insanity occurs. What did you think? Were you caught up in the trauma of the moment? Did it leave you sick to your stomach? Or did you feel cheated by such a sudden and unexpected death for Christopher? Did you think it made sense, given his failure to face reality? And what are we supposed to think about A.J., following Tony down the path to existential angst and depression? Are girls and drinking "the way out" for him, as Tony said, or is A.J. not cut out for the life of the thug? Also, at that moment in the kitchen together, was Tony tempted to tell Carmela that Christopher killed Adriana, just so she wouldn't mourn him as much? With three episodes left, who will survive the dark days to come?