While one can oppose the war and still support the troops, the presidential candidate's call for antiwar protests on Memorial Day is a bad idea. 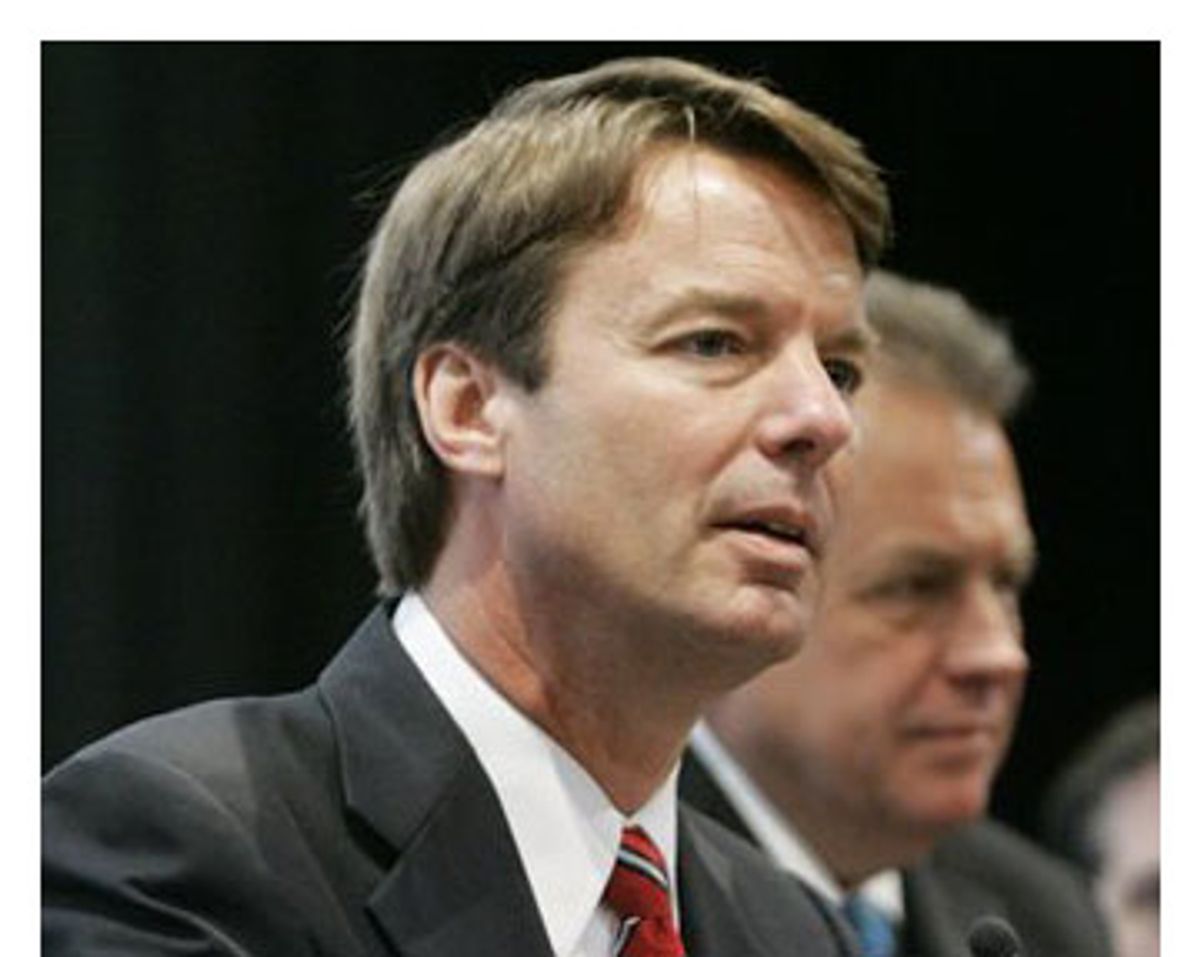 On Memorial Day, hundreds and perhaps thousands of Americans will take a break from barbecuing, tanning and shopping to express their opposition to the war in Iraq. At the urging of John Edwards, whose presidential campaign has set up a special Web site dedicated to his new antiwar initiative, they will say prayers, light candles, speak up at family picnics, send cookies to soldiers and write letters to members of Congress and the White House, aiming to prove that you can oppose the war and still support the troops.

And some of them, as the Democratic presidential candidate also suggests, will stage antiwar demonstrations and hold up signs at holiday parades -- an act certain to infuriate many veterans, embarrass others and delight the Republican right.

When Edwards publicly announced his new antiwar initiative on May 12, he rightly argued that it is every American's patriotic duty to force the government to end the war. "This Memorial Day weekend that means more than just getting in your car, driving to the beach, or a parade, or a picnic and saying the words, 'We support our troops,'" he admonished. "As citizens, we honor and support our troops for their service and sacrifice. As Americans, we are blessed by that sacrifice and support, which keeps us safe and keeps us strong. And as patriots, we call on our government to support our troops in the most important way it can -- by ending this war and bringing them home."

Specifically, the Edwards Web site urges protesters to "get vocal" by hoisting antiwar banners and signs at traditional holiday events. "Buy a bunch of posterboard and markers ... [and] make signs that say SUPPORT THE TROOPS -- END THE WAR. Bring them to your local Memorial Day parade. Then take a digital photo of yourself or your family and friends holding up the poster and tell us about it."

Unsurprisingly, the national commander of the American Legion immediately denounced Edwards for "politicizing" the holiday, and charged that the candidate had "blatantly violated the sanctity of this most special day." Right-wing bloggers quickly seized upon and amplified that theme, often with ugly personal remarks about Edwards. For them, his Memorial Day protest presents an irresistible opportunity to equate dissent with disrespect.

Edwards obviously means no irreverence; he repeatedly expresses deep gratitude to veterans and honors their service. He deserves credit for making the point that dissent is by definition patriotic -- and that the shrinking minority that supports the war has no exclusive claim on the flag or the military.

It should be noted that the Legion and its right-wing echoes are highly selective in their outrage. They aren't perturbed when President Bush "politicizes" Memorial Day observances year after year. Indeed, the Legion's habitually authoritarian attitude toward dissent is itself an offense to basic American values -- as its leaders proved again last August when they passed a bizarre, vaguely threatening resolution demanding the cessation of all "public protests and media events" against the war.

Despite the shortcomings of the Legion, however, its anger over what Edwards is doing will resonate more broadly. His call to protest risks offending the sensibilities of everyone who believes the holiday should be solemnly commemorative rather than politically noisy. Even many vets who have come to despise the Bush administration believe that antiwar displays on that day are at best insensitive, reviving bad memories of the Vietnam era.

So while most of what Edwards proposes on his Web site is laudable, it is neither kind nor smart to wave protest signs on Memorial Day. (That may be why the broader antiwar movement seems to have quietly rejected the idea.) Such cultural blunders can only discourage the new generation of progressive veterans that is challenging right-wing orthodoxy in the military community. Last year's midterm elections, which featured victorious House and Senate campaigns by Democratic veterans and the stunning debut of Votevets.org, proved that the political direction of veterans and their families should no longer be taken for granted. A promising trend that began with the presidential candidacy of retired Gen. Wesley Clark in 2004 is gathering momentum.

The underlying reason, of course, is that the president and his advisors have so badly abused the trust usually vested by the military in Republican leadership. Over the past few years, retired generals and admirals have spoken out with increasing bluntness against Bush administration policies, which they believe have not only damaged American security and prestige but also disgraced and broken the services. Worse still, they have noticed that this government is more concerned with contractor super-profits than with the care of soldiers and veterans.

In short, Republicans have proved that they no longer deserve a monopoly on military loyalty (and in fact they never did). Whether Democrats and progressives can win back the respect -- and the votes -- of soldiers, veterans and their families is a critical question for the future of American politics. It will never happen if they believe that the left devalues or ignores their sacrifice.