Others may gripe about "Lost's" many mysteries. Me, I embrace the delayed gratification of TV's first tantric narrative. 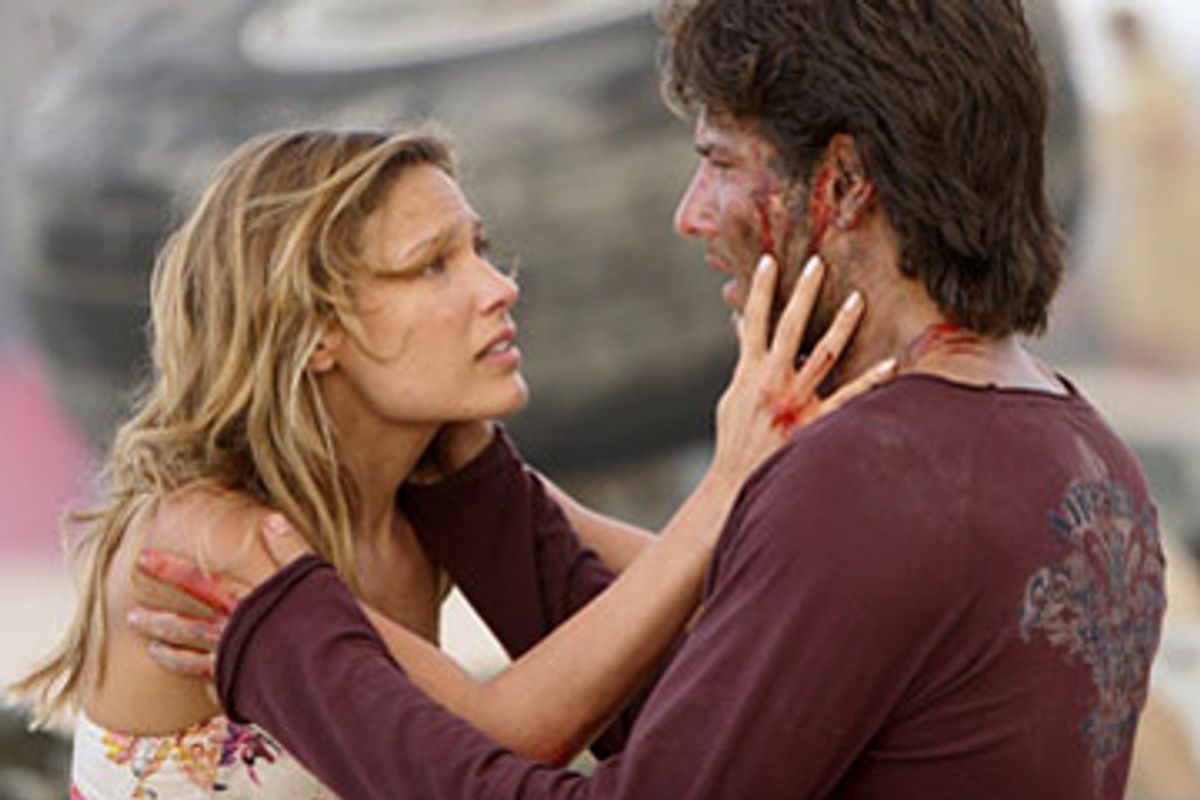 Am I the only "Lost" fan who is still content to be lost? Wednesday night, I fully expect the third season's final episode to end with a narrative swerve that will compound, rather than resolve, the show's shamelessly proliferating mysteries. After watching some 60 hours of television, I will likely remain unable to answer the most basic of questions: What strange properties does the island possess? Was the crash of Oceania Flight 815 really an accident? Why do all the survivors have such melodramatic pasts? Yet I won't be irritated in the least. To become impatient with "Lost" is to misunderstand it. The series may be television's first tantric narrative. Every week, the show withholds gratification by adding even more contortions to its already tangled plot; yet it continues to promise that a gobsmacking climax will eventually arrive. I believe that this moment will indeed come -- sometime in the spring of 2010, when the show is scheduled to end. And I'm content to wait. Why should everything be illuminated? Sometimes it's more fun to be in the dark.

Like everyone who watches the program, I'm baffled by many elements of "Lost": the shipwrecked slave ship that's inexplicably rotting away in the middle of the jungle; the eerily comprehensive dossiers that the Others have compiled on the castaways; that crazy black-smoke monster. But I'm even more baffled by viewers who demand, with increasing crankiness, "answers" to the show's biggest secrets. "Lost" is not a crossword puzzle, people! Moreover, there's a point to our collective bewilderment. Viewers of "Lost" are placed in the same dreadful, thrilling position as the castaways, who, thrust into a fiercely bizarre world, feel compelled to explore it frond by frond, even as they sense that something ominous lurks just outside their field of understanding. The castaways aren't professional detectives; they're ordinary people muddling their way toward enlightenment. It makes sense that this journey takes time. (This may explain why one of my favorite characters is Jin, the Korean gangster, who originally spoke no English, and after three seasons speaks no better than a toddler. No matter how confusing things get on "Lost," Jin will always be even more flummoxed than we are.) The show's odd pacing, I think, is connected to the fact that it more closely resembles a video game such as "Myst" -- in which players wander through an alternate universe, sometimes amassing clues and sometimes just idling -- than a conventional television serial.

To those who feel that the show's occult scenario should, by now, be fully explicated, I cite the sad example of "Twin Peaks," which initially maintained a seductive aura of infinite strangeness. Remember how unexciting it was to learn, in the show's second season, that Laura Palmer was murdered by her father? (He was tormented by having perpetrated incest.) Suddenly, "Twin Peaks" seemed not much different than "All My Children," and the show imploded. The pleasure of a mystery plot, it turns out, lies almost entirely in anticipatory speculation. If "Lost" were to give away the island's secrets too soon, it would devolve into a lushly landscaped action movie.

I am equally unsympathetic to the complaint that the show's plot -- proudly loopy since the first episode -- has become too byzantine. This is like complaining that "Bleak House" is too long, or "Scarface" too violent. The creators of "Lost" are consciously, and comically, taking the conspiracy genre to an absurd extreme. ("The X-Files," once pummeled for its burdensome "mythology," seems quaint by comparison.) Intricacy is one of "Lost's" deepest pleasures. Indeed, the baroque, flashback-laden structure of the show probably wouldn't have been viable before the advent of the Web, TiVo and high-definition screens. Many moments of the show are now clearly designed with TiVo (or the Internet screen capture) in mind -- for example, the split-second confirmation, two weeks ago, that "Jacob" is not entirely a figment of Ben's imagination. Such stunts annoy more casual viewers, but devoted fans love that "Lost" rewards such fetishistic attention. No cultural creation since "Gravity's Rainbow" has occasioned this much feverish annotation; the Web site Lostpedia.com contains more than 3,000 pages.

I find it peculiarly satisfying that the same electronic hive mind that catalogs every plot turn and philosophical allusion on "Lost" has not been able to unravel the island's secret history. On the Internet, viewers have proposed all manner of possible solutions: There's the "shared hallucination" theory, the "last humans" theory. All these explanations, however, seem insufficient or askew. Remarkably, the writers of "Lost" have created something so singularly odd that it can't be disassembled and decoded by the Wikipedia generation.

So do the writers really have a stunning revelation planned for "Lost"? Or, as some suspect, are they just vamping until the last customer leaves the bar? Some insight was offered, perhaps, by the recent episode "Exposé," which struck me as the creators' sly comment on audience expectations. In Season 3, two new castaways, Paulo and Nikki, were introduced in a manner that struck many frustrated fans as suspiciously haphazard. The addition of these two attractive cast members, critics complained, supplied some fresh eye candy, but the characters' scenes didn't seem to advance the plot; Paulo and Nikki became Exhibit A in the argument that "Lost" had become a rudderless soap opera. But "Exposé" -- which dispatched with Paulo and Nikki in a devilish tale worthy of Poe -- made clear that their destinies had been planned out with tremendous care. The writers of "Lost" weren't just entertaining us; they were sending a message: Trust us. Everything will come together in a delirious rush. All you have to do is wait.