Our beloved teen-detective show leaves us bereft, signing off for good without even so much as a goodbye. 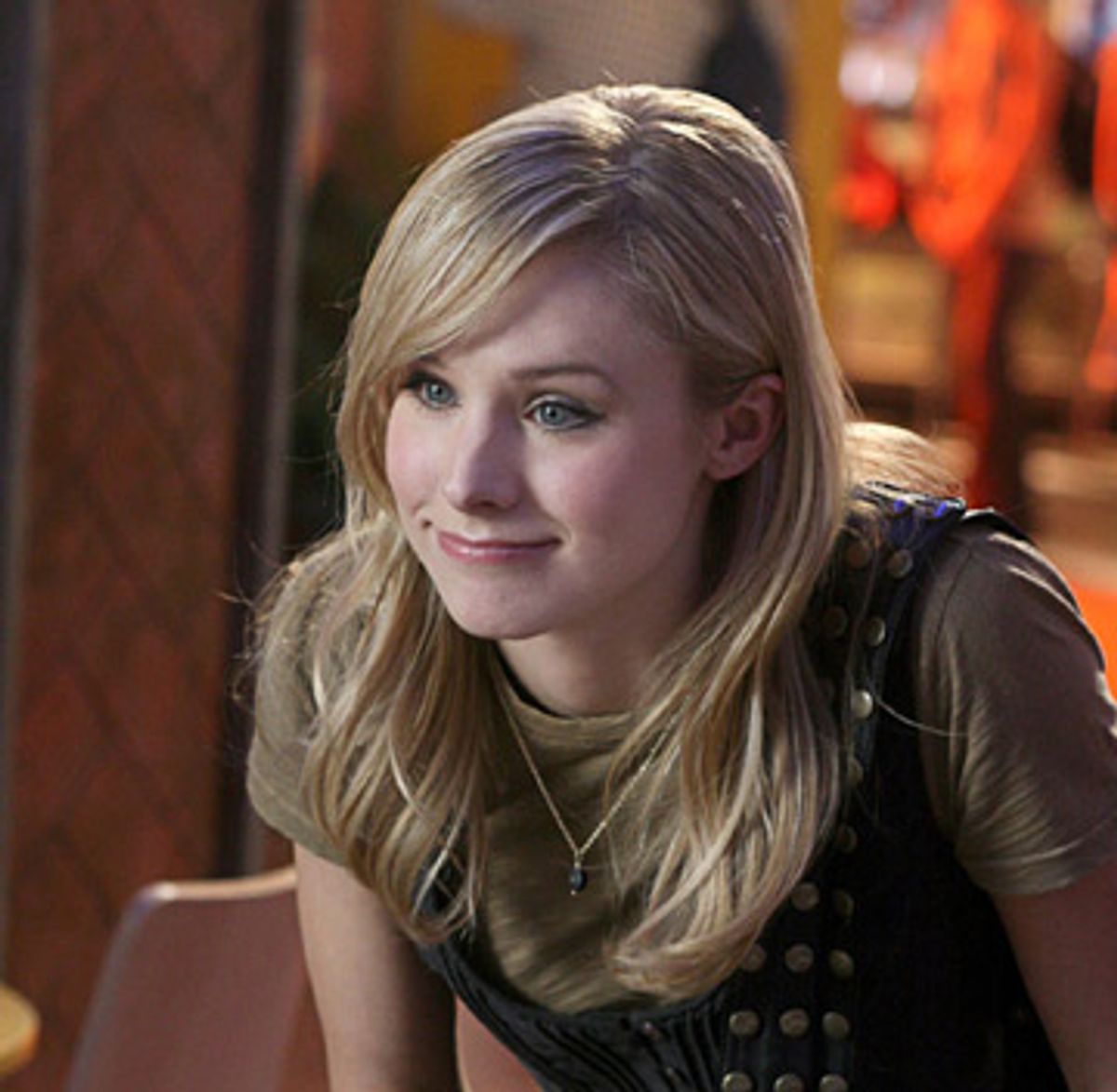 Tantalizingly and inexplicably, the canned patter around the commercial breaks in Tuesday night's series finale of Rob Thomas' much-loved and recently canceled CW-network show, "Veronica Mars," kept referring to the two-hour episode as the season finale. I winced every time I heard that: Was this an oversight, an instance of some poor CW schmo's not having heard that "Veronica Mars" wouldn't be coming back for a fourth season? Was it a not-so-subtle teaser for those of us who cling to the tiny shard of hope that CW network president Dawn Ostroff may, as has been reported by TV Guide's Michael Ausiello and others, really be talking to Thomas about developing another, possibly "Veronica Mars"-related CW show?

Or was it just sadism, pure and simple?

For now, I'm going with the last explanation, only because this particular finale -- which in so many ways didn't seem like a finale at all -- has left me bereft. But first, some straight talk: Sooner or later, everyone has to deal with the cancellation of a favorite show. It's as inevitable as death and taxes, although it is, of course, far more painful than either. There's always that wrenching moment when you find yourself asking, pathetically and rhetorically, "How will I live without 'Star Trek'? Without 'My So-Called Life'? What else will I ever find to watch? Will I ever like anything as much again?"

The answer is that there will always be another show to watch. And someone at some point will come up with something you like just as much as, or possibly even more than, the old favorite, even though the old favorite will never be replaced.

Now that we've been reasonable about cancellation and its effect on our psyches, can we talk about how much it sucks that there will be no more "Veronica Mars"? And fantasize, for a moment, that a special circle of hell is waiting for Dawn Ostroff? Season 3 of this drama about a solidly middle-class teenage detective -- played by the wonderful Kristen Bell -- and her adventures and mishaps in the tony (fictional) Southern California enclave of Neptune wasn't the strongest of the series: It didn't have the melancholy noir brush strokes of Season 1, in which Veronica unraveled, as a way of dealing with her own grief, the murder of her best friend, Lilly Kane (Amanda Seyfried). And it didn't have the sustained dramatic texture of Season 2, which focused on the painful romantic travails of Veronica and her on-again, off-again boyfriend, Logan Echolls (Jason Dohring), and also plumbed the layers of trust -- and occasional mistrust -- between Veronica and her dad and business partner, Keith Mars (Enrico Colantoni). In Season 3 -- which followed Veronica and her friends Mac (Tina Majorino) and Wallace (Percy Daggs III) through their freshman year at Neptune's Hearst College -- Veronica caught a campus rapist and solved the mystery of the college dean's death. (He was played by Ed Begley Jr.) The season consisted of two discrete story arcs and then, after an eight-week hiatus (to make room for "Who Wants to Be the Next Pussycat Whore?" or whatever the hell it was called), five stand-alone episodes -- maybe not the best showcase for the long-form storytelling at which Thomas and his writers have proved so adept.

But Season 3 did set up the intriguing and perfectly realistic possibility that "Veronica Mars" could not only survive but continue to find ways to reinvigorate itself. For one thing, Thomas managed, seamlessly and gracefully, the tricky feat of getting his characters out of high school and into college. And the show introduced several likable new characters, including nerdy-cool Stosh "Piz" Piznarski (Chris Lowell, who previously appeared on the short-lived but terrific ABC series "Life as We Know It"), and delved deeper beneath the surface of others. (As I watched the show's next-to-last episodes I realized, to my own horror, how much I was going to miss the show's resident A-1 asshole, Dick Casablancas, played with perfect, sneering entitlement by Ryan Hansen.)

Still, I'm not sure if Tuesday night's finale is a deeply unsatisfying way to close out a series that's ending before its time or the only way to end such a series. The last two hours of "Veronica Mars" showed us Veronica and Piz's relationship ramping up, just as the two are to be separated for the summer. (He's staying in Neptune to intern at a radio station; she's headed to Washington for an FBI internship, a dream setup for a possible spinoff that is, unfortunately, not likely to become a reality.) Veronica, still uncertain how much she feels for Piz, tentatively seduces him -- only to learn later that the whole thing has been caught on tape. Logan believes Piz made the tape surreptitiously, and in an act of misguided chivalry (one that suggests he's still in love with Veronica, although the two have suffered a harsh split), he beats the crap out of him. With Wallace's help, Veronica finds out that members of a secret Skull-and-Bones-type organization at Hearst College, the Castle, made and distributed the tape. To prove it, she needs to break into the super-ritzy home of Jake Kane (Kyle Secor), Lilly Kane's father. In doing so, she's caught on a surveillance camera; her father, who has become interim sheriff after the death of sheriff Don Lamb (Michael Muhney), erases the tape to protect her. The show's final minutes suggest that Veronica's actions have cost her father the sheriff's election. And they cement the dour reality, posited at the very beginning of the series, that the rich assholes -- the Jake Kane types -- are always going to be the ones in charge. To quote the ever-perceptive English pop star Jarvis Cocker, in a song that uses a bit of non-gender-specific British slang: Cunts are still running the world.

I don't see this final episode as being especially rancorous: "Veronica Mars" has always been a clear-eyed show, never been a bitter one. But the episode did feel truncated, unfinished. It gave us no clear signposts telling us where, exactly, these characters are headed next, where they'll end up.

The last night of "Veronica Mars" was deeply unsatisfying. But when Thomas and his writers were completing the season's episodes, they couldn't have known the fate of "Veronica Mars." (It was just last week, on May 17, that Ostroff revealed that the show wouldn't be renewed.) Thomas may have figured that the best way to end "Veronica Mars" was to not end it at all -- to leave the show as the unfinished business that it is, to allow his characters to go about their lives as if, somewhere, somehow, on some mythical TV network of the imagination, they would actually continue to lead them. There's nothing so painful as a long goodbye. Maybe the better option is simply to not say goodbye at all.