The new "American Idol" is crowned amid a smorgasbord of showbiz non sequiturs. 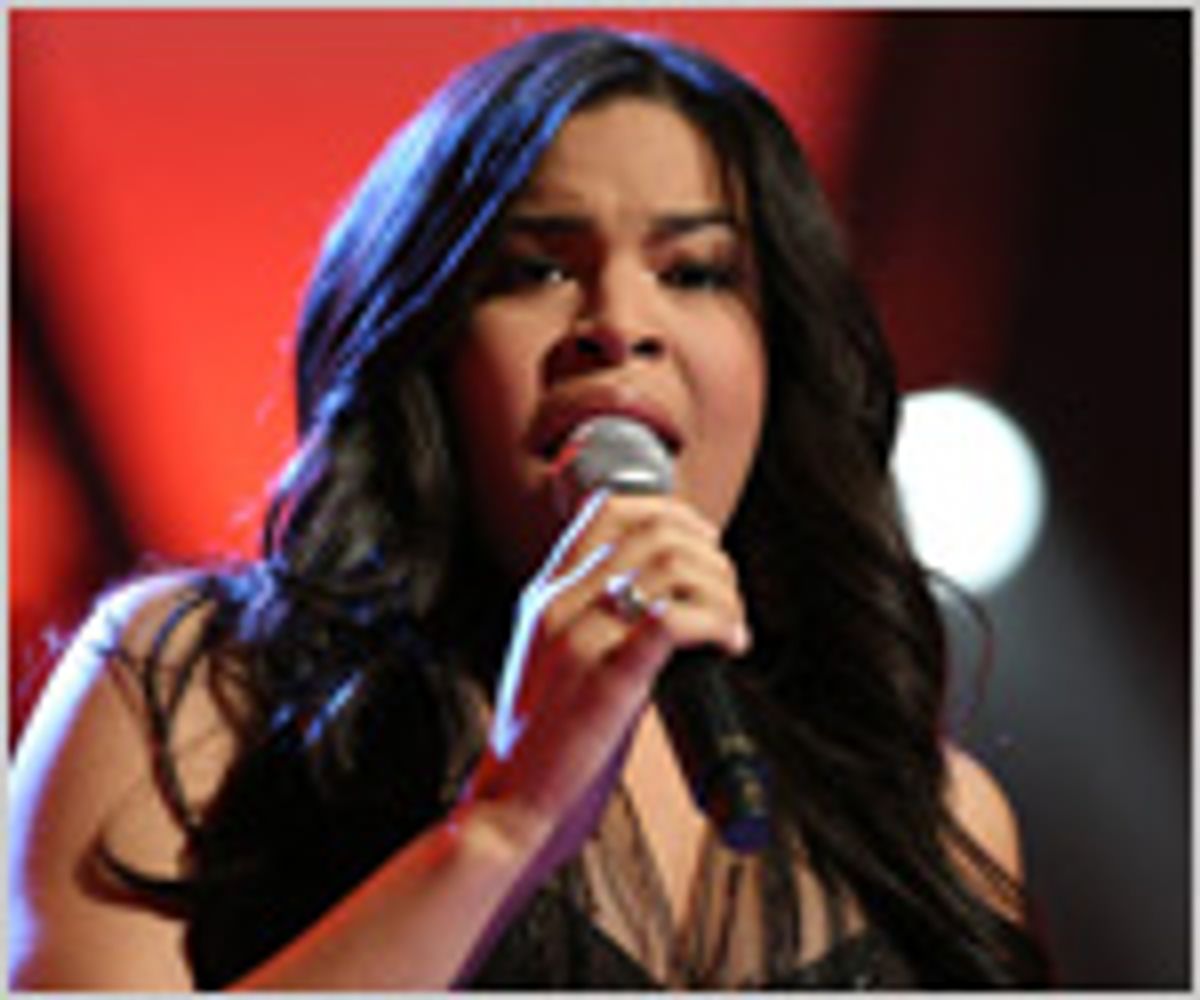 Anyone who saw Tuesday night's installment of "American Idol," when the talented but erratic Jordin Sparks, in the words of judge Simon Cowell, "wiped the floor" with co-finalist and noted beat-box aficionado Blake Lewis, knew that the result of Wednesday's season finale was basically a foregone conclusion. Jordin was going to win. But it wasn't a lack of suspense that made "Idol's" biggest show of the year such a letdown. Instead, the show sucked because it was a smorgasbord of showbiz non sequiturs, mean-spiritedness and creative laziness. It may have been a fitting conclusion to a season that hinted that the "Idol" juggernaut may finally be slowing down, but it still made for some incredibly unsatisfying television.

The worst part of every "Idol" season always occurs early on, when some very bad, and very delusional, singers are paraded in front of the judges for them to insult and us to laugh at. It's freak-show entertainment, pure and simple, and I'm always glad when it's over. But the freaks were back in full force for the finale, as the show gave away a series of gag awards -- the "Golden Idols" -- to people who didn't understand they were being laughed at. Accordingly, the appearance of the "winners" -- two painfully socially inept young men, an extremely obese black woman in a blond fright wig and cat eyeglasses, and a ponytailed caterwauler -- was the worst, meanest part of the show.

The seemingly buckshot approach to entertainment on display for most of the two-hour broadcast wasn't quite as distasteful as the "Golden Idols," but it was close. What do Bette Midler, Smokey Robinson, Gladys Knight and Green Day have in common? Mostly that the producers thought if they threw them against a wall, some of them would stick. They didn't. Why the show spent time with random people like the sadly self-parodying Midler and relegated Sparks and Lewis to about 12 minutes of airtime is beyond me. Lap it up, viewers. Lap it up.

Bringing back former "Idol" winners to perform at least made sense, even if none of them were particularly entertaining. Last year's winner, Taylor Hicks, was his amiably awkward sub-Michael McDonald self. Kelly Clarkson sang a screechy revenge-rock number. Ruben Studdard dueted nicely with Sparks. Carrie Underwood delivered a pleasant country-inflected version of the Pretenders' "I'll Stand by You." They were fine, until, that is, they joined together on a tribute to "Sgt. Pepper's Lonely Hearts Club Band" -- presumably because the album came out 40 years ago, although it was never explained -- that rivaled William Shatner's infamous take on "Lucy in the Sky with Diamonds" for the most tone-deaf rendition of Beatles music ever performed.

The finale also saw the return of the final 12 Idoleers from the current season -- who did little more than play Pips and Miracles to the various guest stars. Sanjaya, of course, got a spotlight moment, singing "You Really Got Me" -- accompanied by Aerosmith lead guitarist Joe Perry -- in a display of self-assured ineptitude and virginal beefcake posturing that worked more as a meta-commentary on the act of rock singing than as entertainment.

Commentary of a different sort was provided by legendary record company macher Clive Davis. The 75-year-old hit maker showed up for some circle-jerk action, delivering an overlong speech about the incredible success of "American Idol" and basking in the rapt looks sent his way by Paula Abdul, Simon Cowell and Randy Jackson -- who were given little more to do than sit silently all night -- as they listened to him prattle on.

As for the two finalists, Lewis, who distinguished himself during the season with his impish/annoying stage presence and enthusiasm for beat-boxing, and the precocious Sparks felt almost like afterthoughts on a night when they were the ones with the most at stake. Lewis had a nice moment when he got to blip and bleep alongside beat-box pioneer Doug E. Fresh, and Sparks acquitted herself well in her duet with Studdard, but until the winner was announced, the duo barely played an ancillary part in the proceedings.

It didn't have to be so disappointing. When "American Idol" works it's because it can be sentimental without being cloying. As the season goes on and personalities emerge, the show does a great job of getting you to care about the contestants -- you want them to succeed or fail and you're either elated or disappointed when those things happen. The truth is, it's actually sort of thrilling to watch people try to achieve their dreams. Bloated spectacle has little or nothing to do with the show's success. But all the empty pageantry on display in the finale suggested that "Idol's" brain trust either doesn't understand that fact or doesn't care. Either way, the finale made me feel like a sucker for 115 of its 120 minutes, the five minutes of satisfaction coming when a radiant and clearly overwhelmed Sparks was revealed as the winner. She cried; the crowd roared its approval; her family jumped and hugged in the stands -- it was great. It was also the sort of genuinely touching moment that "Idol" can, and should, deliver more often. It's a shame that on such an important night, the show's producers were too callous or too uncreative to give us more of what they're good at. Maybe next year.