It's creepy. It's crawly. But it doesn't have much bite. 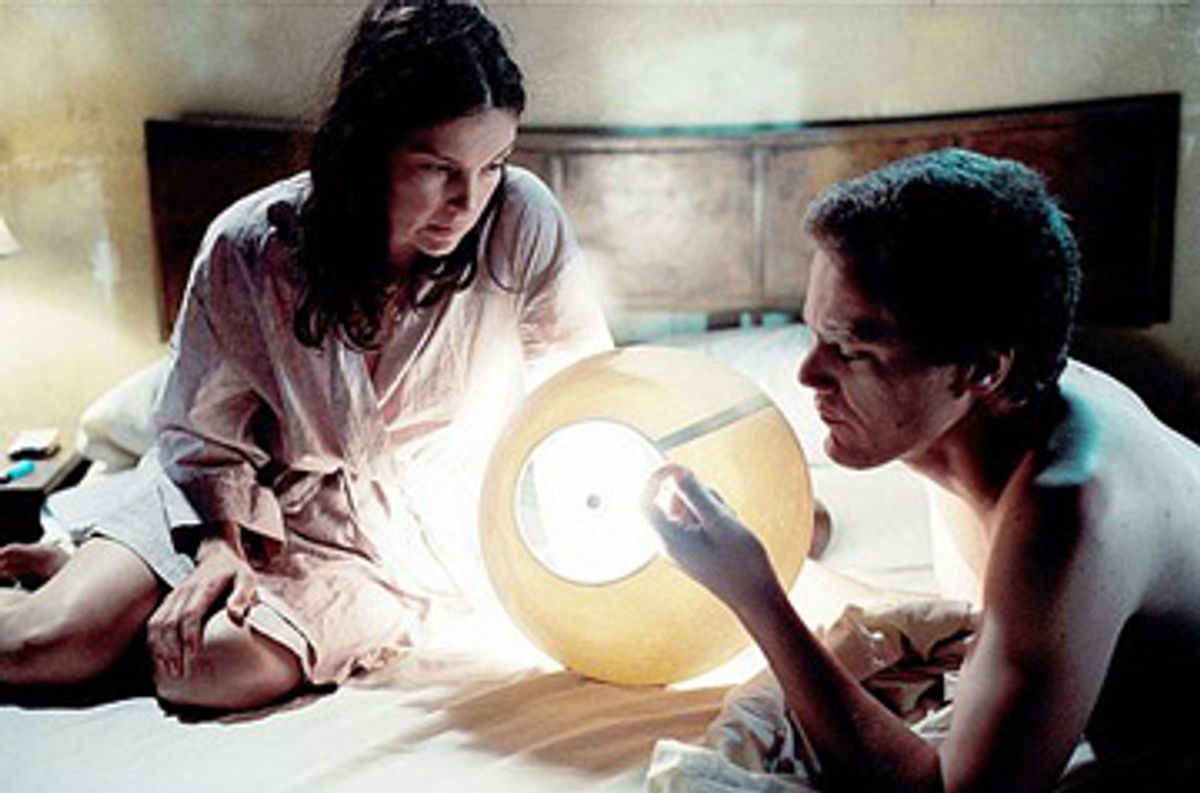 I could begin by talking about William Friedkin's "Bug" -- an adaptation of the Tracy Letts play -- as an unnerving, nuanced fable of his-and-hers paranoia, a meditation on the way life in the modern world can all too easily reduce us to cowering, fearful madmen. Instead, I'll summarize it thus: What a load of wank.

The press has greeted "Bug" as the return of Friedkin -- director of "The French Connection" and "The Exorcist" -- although he hasn't really been gone: His last two movies were 2000's "Rules of Engagement" and 2003's "The Hunted," pictures that someone must have seen, even if nobody can remember them. "Bug" -- not to be confused with the 1975 sci-fi thriller starring Bradford Dillman, though I'll bet that one's a lot zippier -- is supposed to be a serious psychological thriller, an unsettling little number designed to creep us out and make us think. But it's really just junk. Ashley Judd plays Agnes, a small-town Oklahoma waitress who spends most of her time hanging out in her dismal motel-room home, snorting coke and dreading the return of her threatening ex-con ex (Harry Connick Jr.). She's in pain: Several years earlier, her young son disappeared from a supermarket, never to be found. For reasons that never become clear, Agnes falls under the spell of a mysterious weirdo named Peter (Michael Shannon), who, like most movie weirdos, seems perfectly normal at first. But just after the two first make love, Peter becomes convinced he has been bitten by a bug -- an aphid, he believes -- lurking in Agnes' bed. Then he sees bugs everywhere he looks; Agnes, skeptical at first, comes to share his delusion. The two begin scratching their skin until sores appear -- ah, love! Peter goes a step further and begins using a handy nearby knife to dig "egg sacs" from beneath the surface of his skin.

Peter is a man with a past and with a secret. His suffering, like Agnes', is deeply existential, and it makes for lots of grimacing, wincing and yelling, as well as an episode of throwing himself on the bed as if he were possessed by -- yes -- the devil.

"Bug" is a humorless picture, a somber, arty exercise in deep denial of its exploitation roots. The dialogue is stiff and mechanical (Letts adapted the script) and the performances are too: Judd, a fearless actress who's often wonderfully flinty even in crap movies, works hard here, but she's undone by the inane self-seriousness of the material and by Friedkin's stagey, overstated direction. Shannon is good in his early scenes -- he has a muted, vaguely threatening charm. But by the time he starts shoving bug specimens, as well as smears of his own blood, under the microscope, his google-eyed obsessiveness has mutated into something unintentionally comical. Even the sex in "Bug" is a hoot: When Agnes and Peter make love, Friedkin and cinematographer Michael Grady linger on the threads of post-kiss saliva that connect them (for eternity, presumably), and treat us to the vision of a carefully lit nipple dotted with droplets of sweat. This is a quality picture, based on a serious stage play, exploring heavy-duty themes. In the old days, Roger Corman would have made "Bug" in eight days for about 25 cents, and it would have been 100 times livelier. But this "Bug" isn't supposed to be fun. It's art that crawls.