In Haruki Murakami's cinematic new novel, night owls wander the streets of Tokyo, unaware of the web of coincidences that connects them. 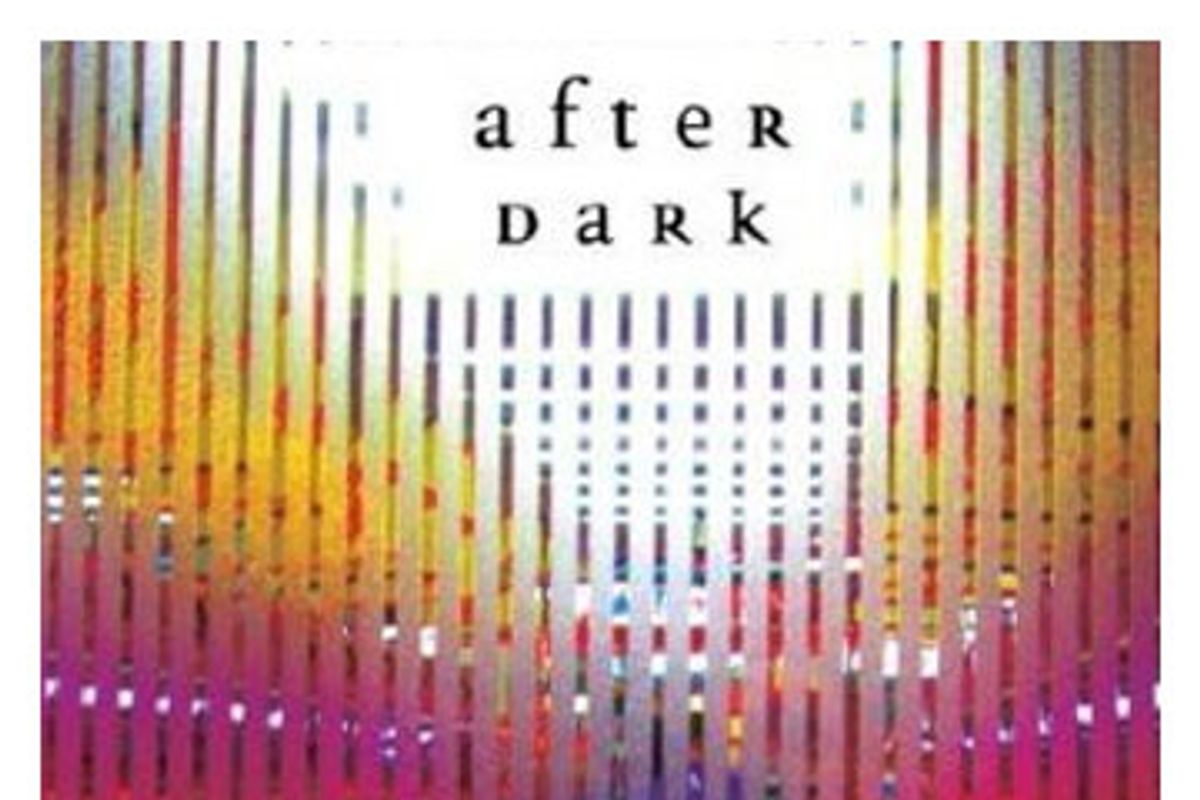 Think of "After Dark" as a choice literary palate cleanser, one of the slender novels Haruki Murakami releases between the publication of major works like "The Wind-Up Bird Chronicle" or "Kafka on the Shore." It takes place over the course of a single night in Tokyo, and its inspiration is clearly the nocturnal paintings of Edward Hopper (a comparison the author himself draws). All but one of the novel's characters have chosen to stay up all night -- working, playing, roaming and engaging in those less than savory activities that customarily shun the light of day. These are Murakami's people, lonely wanderers and misfits parked under the fluorescent lights of all-night diners and cafes, listening to old jazz and lost in their own unfathomable thoughts.

In one of those diners -- a Denny's, to be precise, as Murakami usually is with brand names -- a trombone-playing boy named Takahashi stops by the table of a girl named Mari. Years earlier, he spent the afternoon with Mari and her sister, Eri, a great beauty with whom he was infatuated. Mari, laconic and nursing some obscure wound, isn't very encouraging, but the chipper, disheveled Takahashi joins her anyway. Not long after he leaves for band practice, a burly older woman comes in and asks for Mari's help; she runs a love hotel where a customer has badly beaten a Chinese prostitute and from her pal Takahashi she heard about a girl hanging out in the Denny's who can speak Chinese.

So begins Mari's seemingly meandering journey through the kingdom of the night owls, people who believe themselves to be disconnected despite the unseen web of coincidences that links them. Mari, whose psyche gets a subtle overhaul in the course of the night, befriends the love hotel manager, Kaoru, a former professional wrestler, and her employees, including a young woman fleeing an enigmatic nemesis. It's the battered prostitute, Guo Dongli, however, who most gets under her skin; they are the same age, 19, and the glimpse Mari gets of the other girl's straitened life shakes her. "I didn't spend much time with her," she tells Takahashi later," but I feel as if she's living inside me now."

The plain style and deceptively on-the-nose dialogue of Murakami's recent fiction can trick the imperceptive reader into thinking his work is simple. Instead, he's drilling down to the essential mysteries of existence, jettisoning the sort of ornamental language that lesser writers use to gesture toward profundity; Murakami doesn't need it. Still, lest we forget that this choice is purely voluntary, "After Dark" has a handful of lyrical moments, all the more ravishing for their rarity. There a Homeric urbanity to this: "The new day is almost here, but the old one is still dragging its heavy skirts. Just as ocean water and river water struggle against each other at a river mouth, the old time and the new time clash and blend."

In counterpoint to Mari's odyssey is her sister's night, spent fast asleep in her own bed. But the apparently normality of Eri's behavior is anything but; Mari explains to Takahashi that her sister has been sleeping for two months -- not in a coma, just asleep. In the novel's eeriest passages, Eri's TV flickers on (despite being unplugged), revealing a featureless room containing a motionless masked man. Eri herself later materializes in the same room (minus the masked man) and wakes up, trapped. There she finds one object, a pencil, the same pencil used in another chapter by the creepy salaryman who beat up Guo Dongli.

All of "After Dark" is frankly cinematic, Eri's chapters most of all. Her ordeal, of course, owes a lot to recent Japanese horror film, with its haunted technology, but Murakami intensifies the filmic effect by making his narration an overtly disembodied first-person plural, surveilling Eri's plight: "all that we, as pure point of view, can accomplish is to observe -- observe, gather data, and, if possible, judge." Omniscient, yet powerless, we can only watch.

Is there a further association between our "judgment" and the law? Takahashi, who likes to hang out in courthouses, conceives of the legal system as "the tentacles of a huge animal like an octopus"; any of us can at any time be caught and "sucked into darkness." Ever since the Kobe earthquake of 1995, the subject of his short story collection "After the Quake," Murakami has been preoccupied with sudden, devastating plummets. "The ground we stand on looks solid enough," Takahashi explains, "but if something happens it can drop right out from under you." What makes "After Dark" one of the author's most fully realized short fictions is how this knowledge -- its subterranean tendrils -- will eventually liberate Mari from her emotional numbness. But it's a knowledge that arrives only in the wee hours, via "secret entries into darkness, in the interval between midnight and the time the sky grows light."