What Democrats need to learn about power

The former communications director for Newt Gingrich compares the Democratic takeover of 2007 to the Republican takeover of 1995. 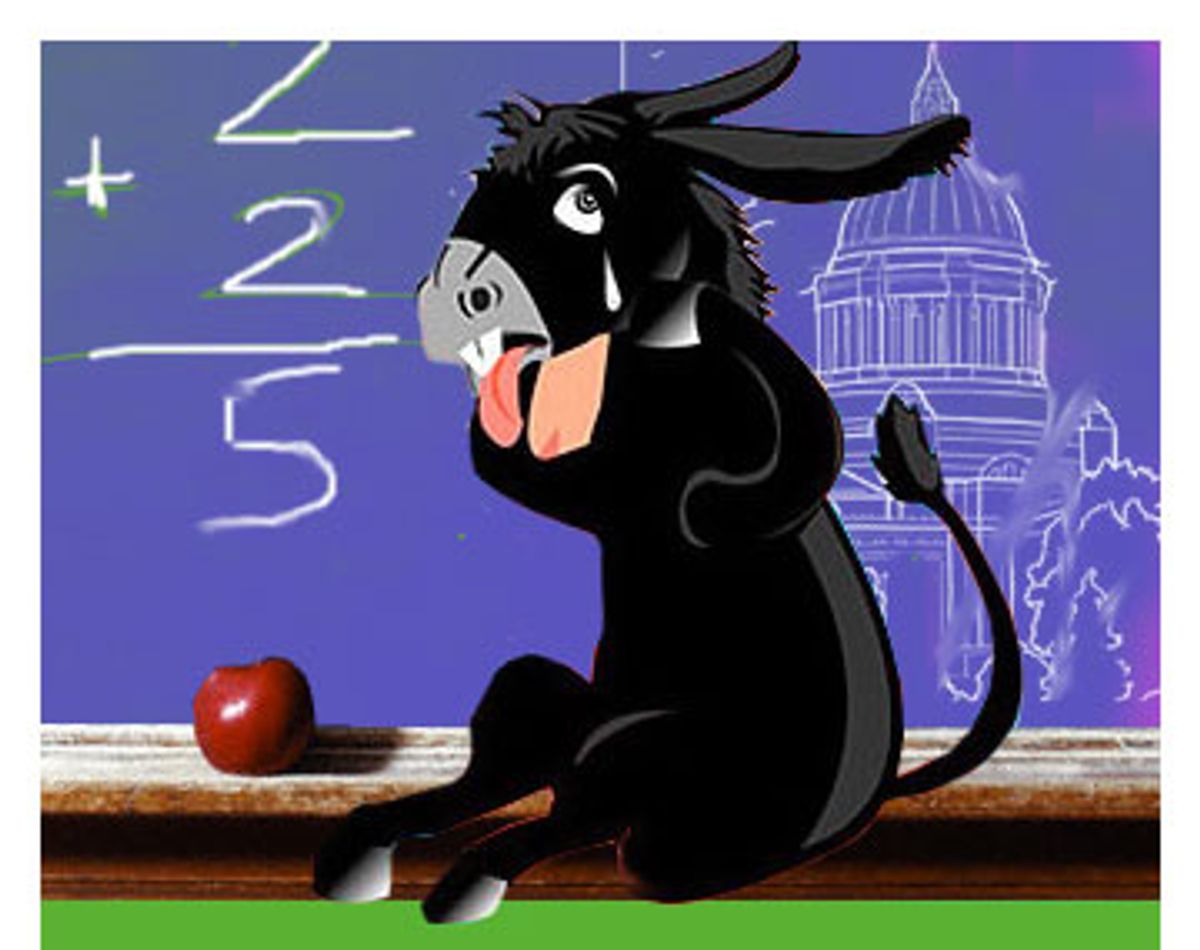 Neither turned out to be correct.

The decision of congressional Democrats to surrender on the matter of a withdrawal date in order to get an Iraq funding bill that President Bush would actually sign is yet another example of a canon of life in Washington: The White House controls the legislative process in 2007 just as it has for more than 70 years, since FDR reversed the flow of power from one end of Pennsylvania Avenue to the other.

On Nov. 8, 1994, the Newt Gingrich revolution, of which I was a part, succeeded in winning control of the U.S. House of Representatives for the Republicans by picking up 54 Democratic seats. It is useful to remember that in the electoral tsunami or "thumpin'" of last November, Democrats picked up only 30 Republican-held seats.

On Jan. 4, 1995, Gingrich was sworn in as the first Republican speaker of the House in 40 years. Over the next 100 days the Gingrich-led Republicans believed they owned Washington. They instituted massive rules changes, brought to the House floor all of the items that had been promised votes in the "Contract With America," and were, indeed, driving the political debate in the United States.

In April of that year the White House had become so concerned about the amount of press attention being focused on the new Republican Congress that President Bill Clinton had to hold a press conference to remind reporters that the president of the United States was still important in the legislative process.

According to one contemporary press account: "President Clinton, taking advantage of a congressional recess to refocus attention on his presidency, said Tuesday night that he is satisfied he remains relevant in a Republican-dominated capital."

The Clinton White House had decided that it had taken just about enough from the Republicans in the House and Senate and was going to begin to push back. Just five months after Clinton was forced to insist on his own relevance, that pushback began to build toward a crescendo when the fiscal year ended on Sept. 30, 1995.

Gingrich believed he had so much political capital that he could hold Clinton's feet to the fiscal fire and institute massive changes in major programs. The poster child for the speaker's drive to revamp government was Medicare.

With negotiations between the White House and Congress over Medicare going badly, each side dug in its heels. During the impasse the federal government began to run out of money. Following the adoption of one short-term fix, a so-called continuing resolution, congressional Republicans decided to "go all in" by allowing the government to run out of money after the continuing resolution expired.

Thus began the infamous and historic great governmental shutdown fight of 1995 between Gingrich and Clinton.

Gingrich believed the election results of the previous November provided the backing he needed to reduce spending rates. Clinton understood that a constant message about a Republican Party that cared more about dollars and cents than the people those dollars and cents were supposed to be helping would have the desired effect.

Gingrich talked about reducing the rate of growth. The White House talked about the Republicans cutting Medicare.

According to a New York Times analysis by Carl Hulse in April 2007: "Almost from the beginning of the budget fight in 1995, Clinton's poll numbers edged up and those of Gingrich dipped as the public perceived the President as the one trying to resolve the problem and Republicans as inflexible."

So now, a dozen years later, we come to the newly Democratic, Nancy Pelosi-led House of Representatives repeating the Newtonian mistake of believing Congress can bend the administration to its will. This time it was about the Iraq funding timeline.

The analogy between 1995 and 2007 is not exact, in large part because the Clinton White House was still in its first term. The Bush White House is in its final 20 months. After six years in office President Bush has far less opportunity to change the public's perception about him personally.

Nevertheless, the Democrats in the House have surrendered on Iraq. They were permitted to save face by tacking a minimum-wage increase onto the funding bill, and about half of the tens of billions of dollars of domestic add-ons they originally wanted, but there will be no timeline for withdrawal.

Despite the bluster and bother of Pelosi and her allies on the left, they could not defeat Bush on Iraq funding. The issue is not the president's poll numbers, but his ability to control the national agenda. What disappointed Democrats should understand is that even a weakened White House, one that is no longer aggressively on message, is still a more powerful political force in the United States than the majority in the House, in the Senate, or both.