This tale of a young girl who longs to play soccer on an all-boys team is more than just a "You go, girl!" feminist fable. 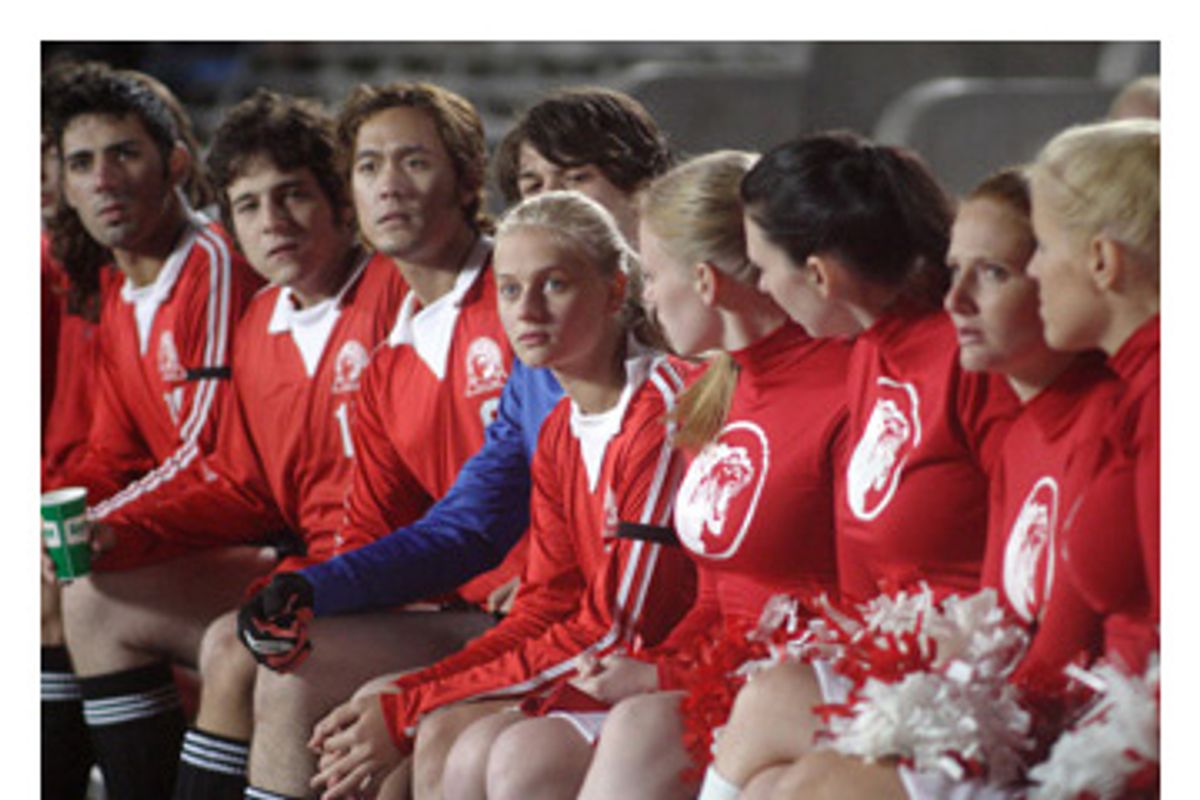 "Gracie," the fictional story of a young girl growing up in late-'70s New Jersey who longs to play on her school's all-male soccer team, is the kind of modest little picture that all too easily slips through the cracks. "Gracie" was produced by siblings Andrew and Elisabeth Shue; the story, written by Lisa Marie Petersen and Karen Janszen, is partly based on some of the Shues' own experiences growing up in a soccer-obsessed New Jersey family. The director is Davis Guggenheim, the filmmaker behind "An Inconvenient Truth" (and also Elisabeth Shue's husband).

Despite the fact that a girl hoping to make a guys team had her work cut out for her in the 1970s (and it's still not so easy today), "Gracie" is a gentle, easygoing picture -- it's not exactly dramatically gripping, but somehow, its spirit carries it through. Fifteen-year-old Grace Bowen (the appealing, well-grounded Carly Schroeder) is the only daughter in a working-class family headed by a former college soccer champ whose career was curtailed by an injury. As a result, Bryan Bowen (Dermot Mulroney) has poured all his dreams into his oldest son, Johnny (Jesse Lee Soffer), a stellar athlete whom Bryan calls "a natural." He and his wife, Lindsay (Elisabeth Shue), have two younger sons as well, little squirts who tease Gracie mercilessly and stupidly: This is clearly a household where the boys have crowned themselves king, and the womenfolk haven't bothered to object -- at least not yet.

Gracie could be a terrific soccer player herself, but her father is so focused on Johnny that he barely acknowledges her existence. When Johnny is killed in a car accident (the Shues, in real life, suffered a similar tragedy with the death of their own brother in 1988) Gracie comes to believe that earning her own place on the school soccer team will assuage her grief. She begs her father to train her, but he's so frozen by his own pain that he can't see how much his daughter craves his attention.

Mulroney gives a well-shaded performance here; he does more than just play the emotionally crippled ogre-dad. But the more interesting dynamic is the one between Gracie and the boy she's going out with, Kyle Rhodes (Christopher Shand). Kyle is one of the cool kids -- he's one of the stars of the soccer team -- and although Gracie is attracted to him, she resists his entreaties to have sex with him. She's not ready yet, and besides, she senses that he's just trying to use her. (She's probably right.) But later, when she tries out for the team, Kyle's derision and resentment boil over into outright cruelty. Not only has Gracie rejected him sexually by refusing to put out; now she's threatening to trample on truly sacred male territory, the playing field.

"Gracie" has all the inspirational trappings you'd expect from a story like this, but it's more than just a "You go, girl!" feminist fable. It also tries to grapple with the insidious sexism of the young men who, in 1978 (or maybe even today), would have had trouble accepting women as their equals. Let's not pretend that women athletes get the same kind of attention today that men do. Still, for younger audiences, a time when the thought of a girl playing on a boys team could be so fraught may seem quaint. For those of us who do remember those battles, the story told in "Gracie" doesn't yet feel like ancient history.