A child robot that looks like it eats children

Japanese scientists show off a "toddler" robot so scary you wonder if they were getting help from Stephen King. 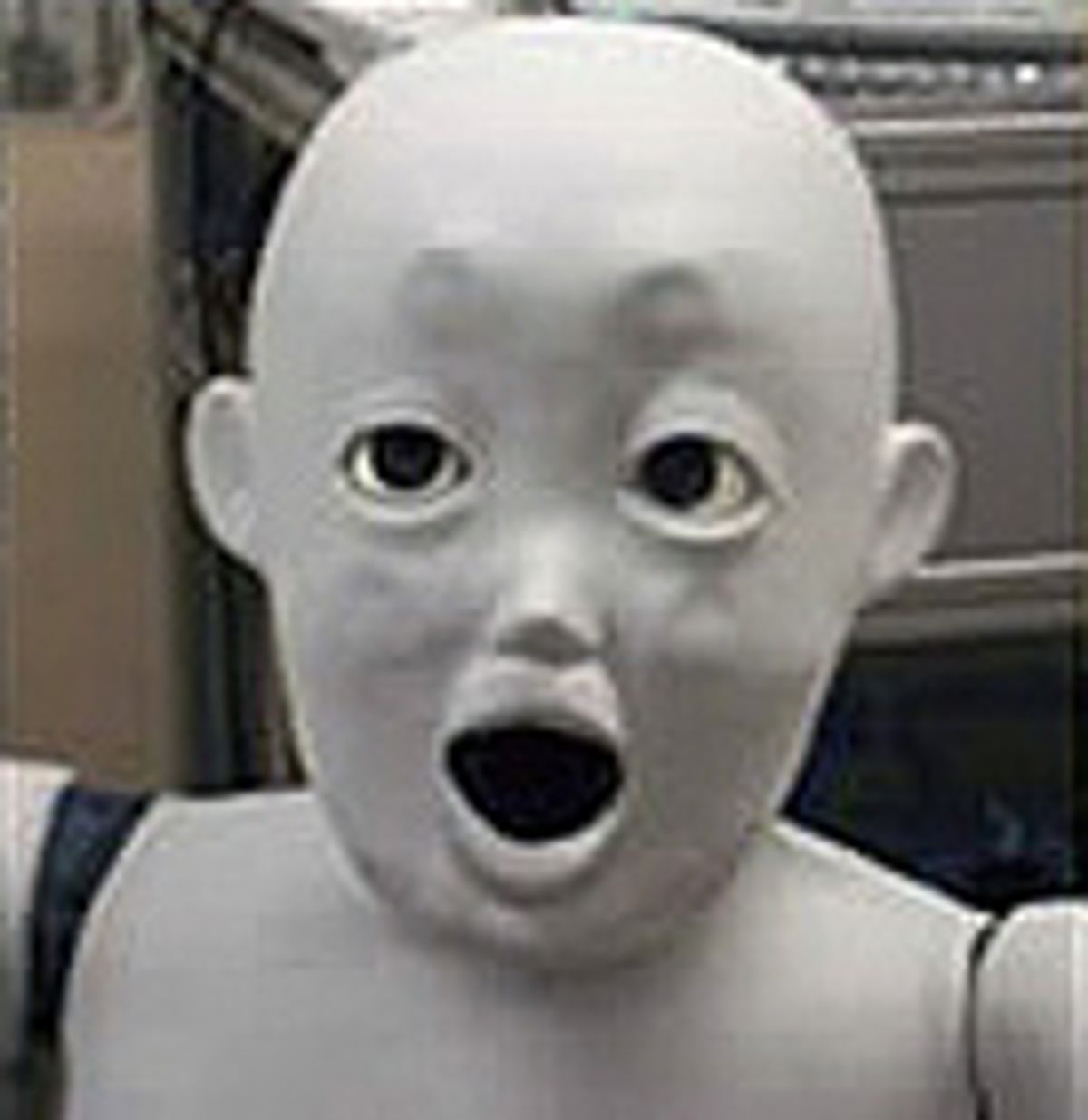 In 1970, a Japanese roboticist named Masahiro Mori put forward an intriguing theory about how humans might respond to robots and other non-human entities as they acquire more and more humanlike features. Mori thought that we'll find things that are "barely human" attractive and cute and cuddly and warm -- think of a Roomba vacuum cleaner, or Rosie on "The Jetsons" -- but as they become more like us, acquiring hands and feet and faces but still falling short of essential humanity, the robots will disgust us. Mori called the point at which the likeness of robots becomes revolting the "uncanny valley," and really, that's the perfect phrase to describe CB2, the name of a seriously demented "child robot" that Japanese scientists unveiled on Friday.

Be warned: The YouTube link below will keep you up at night whining for mama. CB2, which is short for "Child-Robot with Biomimetic Body," is 4 feet tall, 70 pounds, and repellent from head-to-toe. Packed with hundreds of sensors sewn into its sick-white rubbery skin, and powered by compressed-air actuators that put halting movement into its elongated arms and legs, the 'bot is purportedly designed to mimic a human toddler but comes off instead like a murderous muppet launching the robot invasion. I can't tell what's worse: the part where it's flat on its back, squirming in robot terror, or instead the close-up of its mouth snapping soullessly open and shut, like it wants to feast on my innards.

[From Gizmodo / Tokyo Times / the depths of robot hell.]