Google Earth works for terrorists too

Blind to irony, the alleged JFK plotters used Google's satellite software to scope out their target. 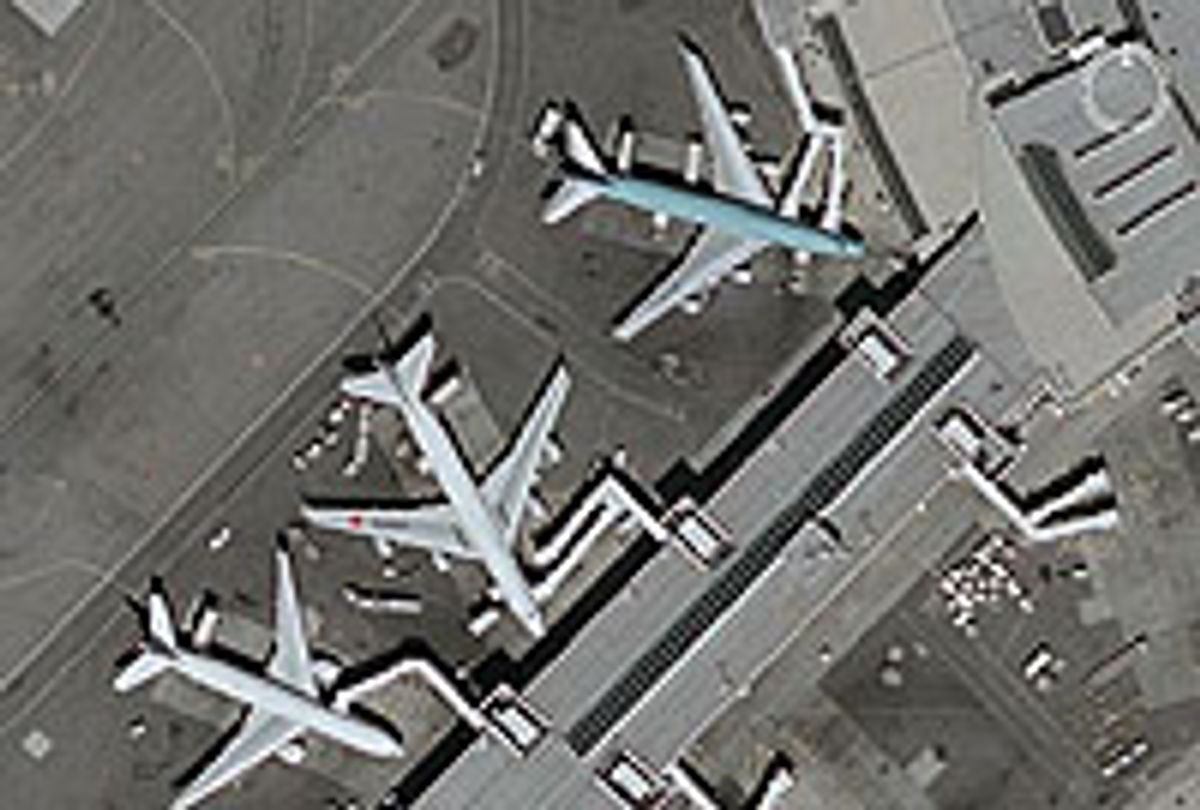 The other day I discussed the privacy concerns surrounding Google's new Street View map-photos program. This weekend, the world got another reason to worry about Google's surveillance: The suspects in the alleged plot to blow up JFK Airport used satellite pictures from Google Earth in their terror plans. According to the court complaint, when the plotters met in Guyana last May, Abdul Kadir, one of the accused, told his cohorts that surveillance video "was not sufficiently detailed for operational purposes, and told them to use Google Earth software to get more detailed pictures of JFK after they returned to New York."

There is something darkly fascinating about this story: Imagine these men sitting on the far side of the world, planning the best ways to take out an American icon, and deciding, in the end, to use another American icon to do it. Google is one of our nation's most beloved brands, and you might even make the case that its ambitious organizing goal -- "to organize the world's information and make it universally accessible and useful" -- is quintessentially American, the geeky culmination of Jeffersonian ideals (well, OK, except in China). Irony, I suppose, isn't at the tip of most terrorists' tongues, but still, it's hard to miss here.

At the same time, though, it isn't clear that Google Earth caused any actual harm here. As Google pointed out in a press release, "imagery visible on Google Earth and Google Maps is not unique: commercial high-resolution satellite and aerial imagery of every country in the world is widely available from numerous sources." CNET's Caroline McCarthy notes that Google Earth makes getting such images far easier than in the past, which is true -- but only in the same way that Google has made all information more accessible than in the past, from recipes for gin cocktails to recipes for Molotov cocktails.

And really, technology in general has this effect: Things created to help out the world's best people will inevitably also help out the world's worst people. The national security thinker John Robb has an elaborate theory about this process -- he calls it the "dark side of the long tail," describing how capitalist infrastructure (the Internet, airplanes, etc.) has given "niche producers" of violence (terrorists, gangs, etc.) the ability to cause havoc on a large scale. Finding ways to address this problem sanely -- without resorting to banning Google Earth, or banning Google, or, for that matter, bombing foreigners -- might be the main tech challenge of our age.