The NanoBook: Ugly, but tiny and cheap

Despite its homely appearance, a Taiwanese company's new prototype computer makes a splash in the notebook market. 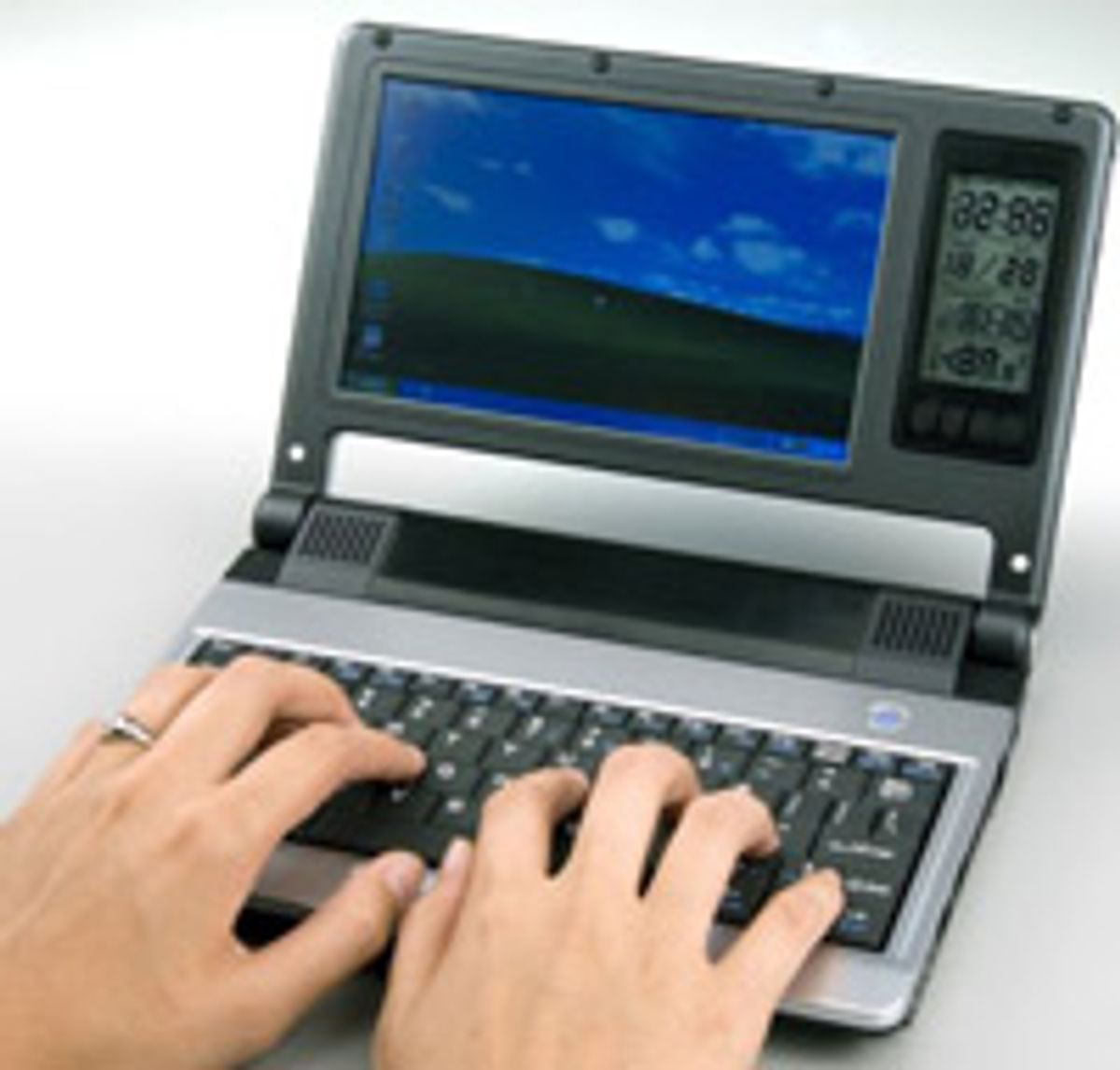 Gadget blogs are abuzz this morning with pictures of the NanoBook, an ungainly but tiny prototype device that the Taiwanese tech firm VIA Technologies is calling a "reference design" for a new kind of PC: small, fully functional and, at just $600, very cheap. What's interesting about the NanoBook is that it's a fully functional PC -- it's got its own processor, a 7-inch screen, a keyboard and a battery that VIA says lasts at least four hours -- yet it's priced along the lines of a high-end phone. VIA says that Packard Bell has already signed on to manufacture the device, and that other firms are also interested.

VIA's NanoBook may not look pretty -- if you're of the view that a mobile device, like a car, is a key part of your personal image, you're probably already standing in line for the iPhone -- but the thing seems to solve a key problem of people on the go. It's something you can type on, but at under 2 pounds, you can carry it, too. Computer makers have been working for some time to get at this niche. Just last week, Palm unveiled a $500 keyboard-and-screen device it calls Foleo that's meant as a "companion" to mobile phones; the Foleo looks like a standard notebook, but uses the phone for its processing and network power, making it portable. But the NanoBook, for about the same price, packs in a whole computer, which is all the more fun.

[From Engadget / Gadget Lab / Via Technologies.]