In this interview and podcast the "Spring Awakening" composer discusses how he's helped redefine the Broadway musical. 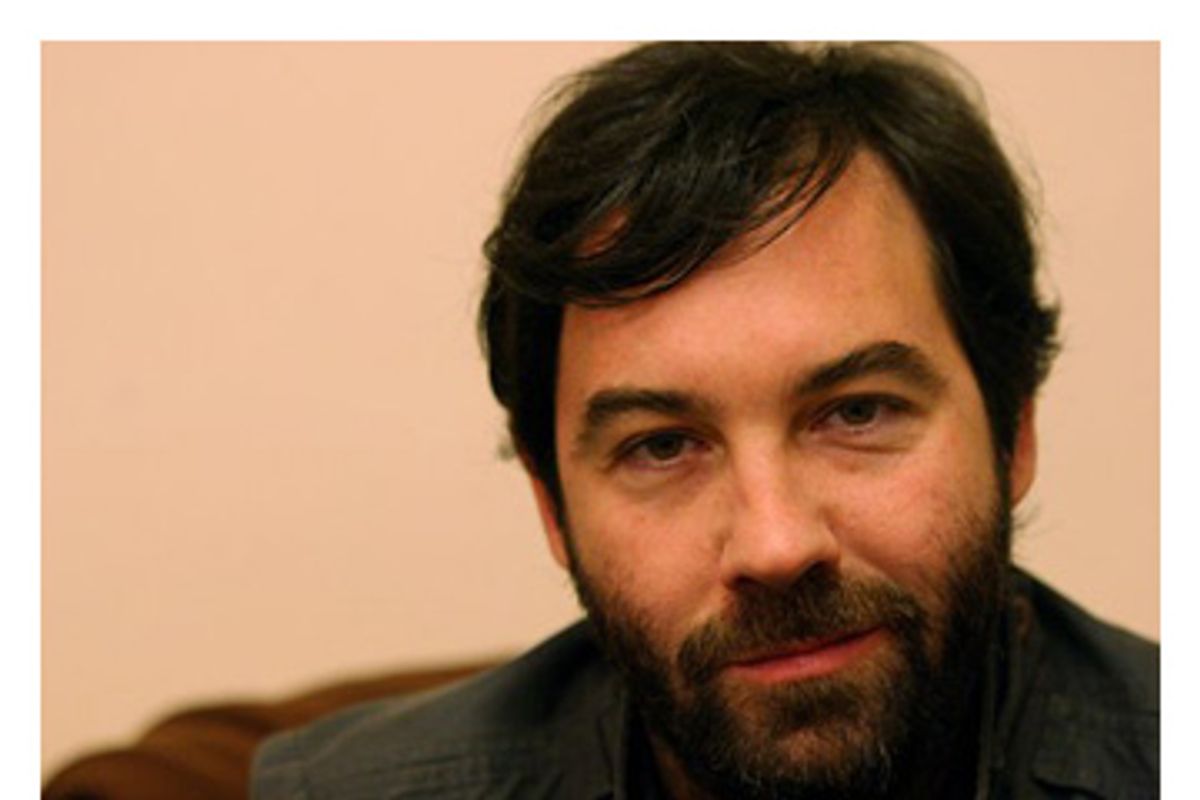 Director Michael Mayer later developed a workshop version of the show at Robert Redford's Sundance Theater Lab in 2000, but it wasn't until the summer of 2006 that "Spring Awakening" got its first full production, at off-Broadway's Atlantic Theater Company. Six months later, the show finally premiered on Broadway -- to raves, sold-out shows and talk of Sheik's having reinvented one of the country's oldest forms of entertainment. The show is up for 11 Tony nominations, including one for best musical, and Sheik himself earned nods for best original score and best orchestrations.

We interviewed Sheik this week by phone from New York.

As someone who's already had a long career outside of theater, how do you feel about the fact that for the foreseeable future you're going to be known for "Spring Awakening"?

It's great. It's a piece that Steven and Michael and I have been working on for eight years, and it's gone through so many iterations and it's been such a long and winding road that the fact it has become part of the cultural argument is something I am really proud of.

With singer-songwriters there's this ideal of authenticity, where we assume that their songs are about them and their emotions. But for the show, you were writing for characters.

During my first forays into writing lyrics, there's a little bit of the sense of the singer-songwriter who's looking into his diary. That's all well and good, and people have done that with varying degrees of success, but when I started working with Steven in 1999, I realized that there was a lot more that can be done with lyrics. There are many ways to skin a cat -- you can adopt a persona, you can write in the third person ... I think I've broadened my palette in terms of what I'm able to do and what I'm interested in lyrically.

It sounds very different from something like "Hair," where it seems like fake pop songs were grafted onto the show.

Absolutely. I think that rock musicals have had a little bit of a problem in that they end up seeming ersatz in a lot of ways. I'm not sure exactly why that is, but for me, and I think for Steven too, we were much more interested in "Porgy and Bess" and "West Side Story" and "Carousel" than we were in rock musicals. That being said, there are very cool modern things -- Laurie Anderson's "Moby Dick," "Hedwig and the Angry Inch" -- that break the conventions in a really satisfying way, but Steven and I were trying to write songs that could exist outside the show and still be satisfying, but that would also help serve the narrative thrust of the piece.

One of the things I've heard in regard to "Spring Awakening" is that the subject matter and musical style feel new to theater. Is that is damning with faint praise?

I think that's very perceptive. I think what makes "Spring Awakening" different is that you do have a group of people who are Broadway outsiders, musical theater outsiders, who are coming to this medium without a sense of the formulas and the conventions and the rules, and saying, here's the music we want to create, here's the visual aesthetic we want to create -- and then having someone like Michael Mayer, who does know those conventions, rein the rest of the team in to create a satisfying piece of theater. You have all these elements coming from completely disparate places, and people who have perhaps a similar aesthetic but different approaches coming together and fusing into a unit.

A lot of the cast had experience in musical theater. Was it difficult to get them to perform the songs and respond to the music in the way you hoped they would?

Some of them had more musical theater background than others. Some of them had virtually none. During the casting process there was a sincere effort to find people who weren't necessarily in that pool of musical-theater-trained singers and actors. That said, it's helpful to have people know what they're doing onstage. Personally I'm much more interested in somebody who's a great signer without having been taught to be a great singer, but they [also] have to act this very formal, almost classical text. It's incredibly difficult to find people who can do both. We were very lucky.

Has "Spring Awakening" changed what you're going to do in the future?

It's changed things enormously. I hope to continue to make solo albums, but to be honest, the main thrust of my work for the next months is theater- and film-oriented. There are three important theater pieces that I'm working on post-"Spring Awakening," and a couple of film projects that seem to be coming into focus as well. I hope to keep making records, but I also have the understanding that I have the freedom and liberation to be able to make a record and not necessarily worry about its commercial prospects.