AT&T hires temp workers to stave off a riot during the iPhone launch. 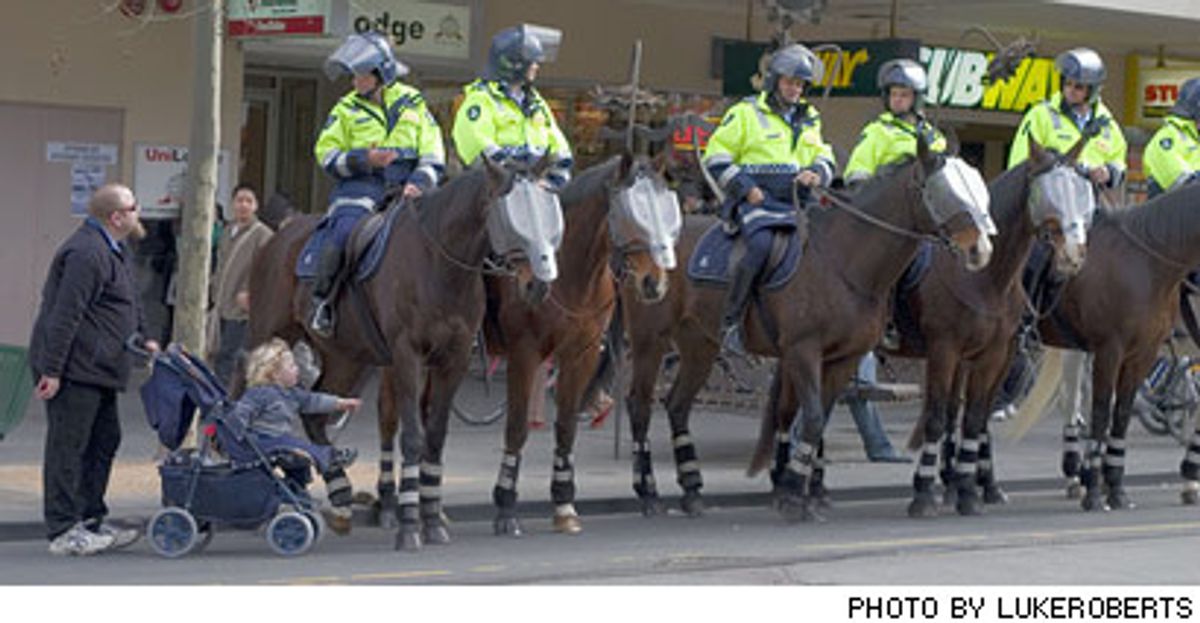 AppleInsider has spoken to a college kid who says he was recruited as a temp worker to manage crowds at AT&T stores during sales of the Apple iPhone. According to the site, Apple has mandated that AT&T's 1,800 retail stores sell the $499 phone on a first-come, first-served basis when it launches on June 29 (according to the source, Steve Jobs sent a personal e-mail to store managers rebuking them for allowing people to sign up on iPhone waiting lists).

The policy seems destined to cause problems: "It's estimated that the launch will hit us hard," AppleInsider's source said. "I will be making sure that waiting customers don't get angry."