Some online are predicting an iFlop. What do you think will suck about the iPhone? 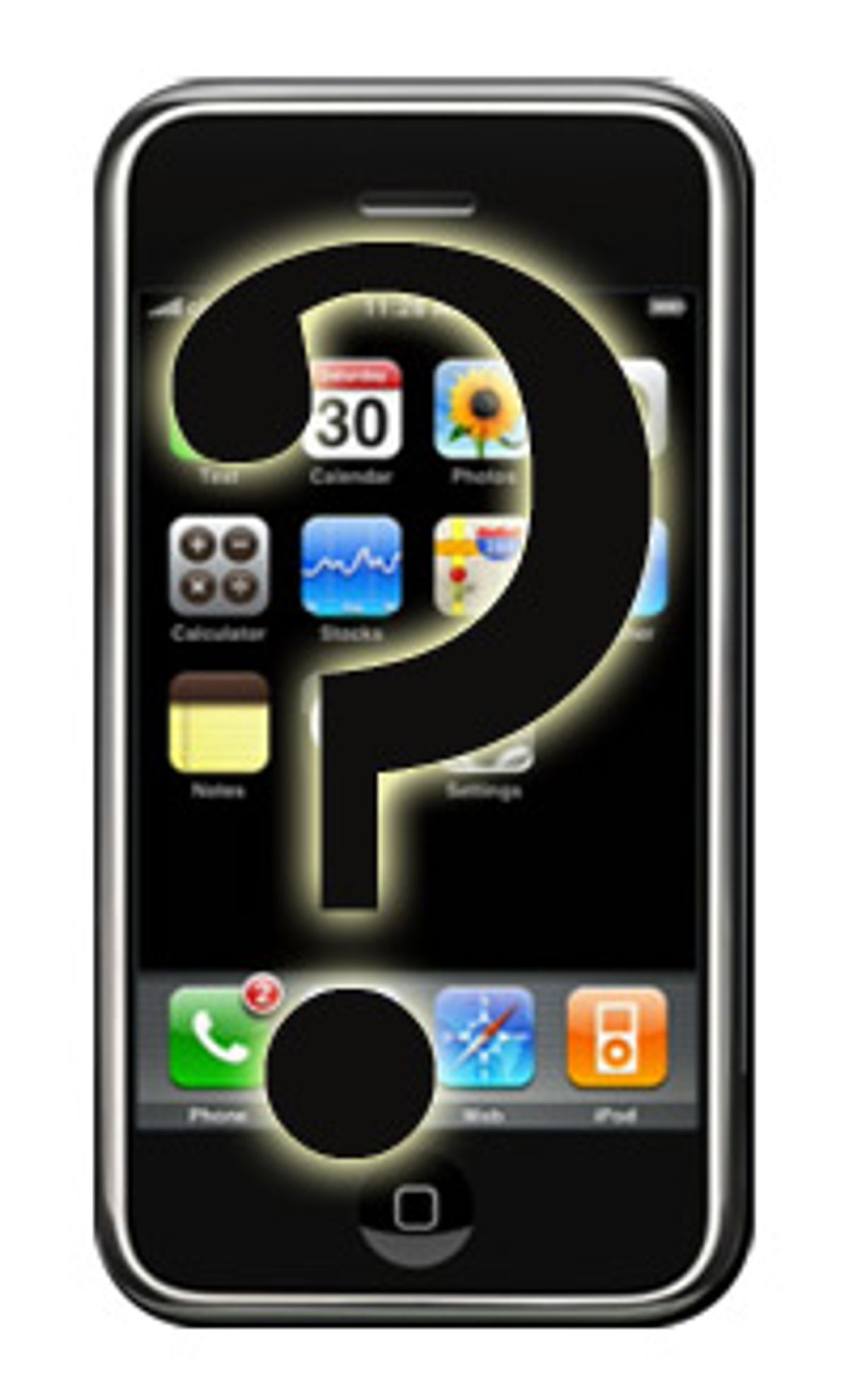 John C. Dvorak, the curmudgeonly tech pundit who's previously copped to baiting Macheads with anti-Apple rhetoric (it does wonders for uniques), is out with a prediction that the iPhone will be a huge flop. Dvorak says he recently got a call from "an industry insider" who told him, "The keyboard is a disaster, and people are going to return the phone in droves. I'm guessing 20 percent will go back."

Another problem, Dvorak seems to suggests, is that people just don't understand what the iPhone is. Dvorak says that he has a "friend" who overheard a customer in an Apple store say, "Wow, you mean it is also a cell phone!" This would be a surprising story if John Markoff hadn't told us the same thing in the New York Times the other day. Markoff wrote that he heard a customer ask, "You mean it's a cell phone, too?" Hmm. Are Dvorak and Markoff talking about the same customer? Is the "friend" that Dvorak references Markoff? Or are there many people who are surprised to hear that a product called the iPhone is a cellphone? Really?

More iPhone naysaying comes this a.m. from CrunchGear's Seth Porges, who spins an epic story of failure out of the iPhone's release date, Friday, June 29. The fact that Apple waited until the very last day in June to release the phone says that it must be trying to take all the time it can get to fix its bugs; if the iPhone was perfect, Apple would have released it on a Tuesday, its customary launch date for new products.

Based on nothing but a fertile imagination, Porges predicts the iPhone's touch-screen might easily crack, that the on-screen keyboard "will be about as useful for tapping out emails and text messages as a rotary phone," and that the battery life will prove dismal.

All this could be true, of course -- Apple's first-generation products have cracked, scratched, mooed, and scuffed before -- but so could none of them. So let me put the question to the folks watching the show: What do you think will suck about the iPhone?