Guess which member of the Bush family is serving "on the front lines" in the war on terror? 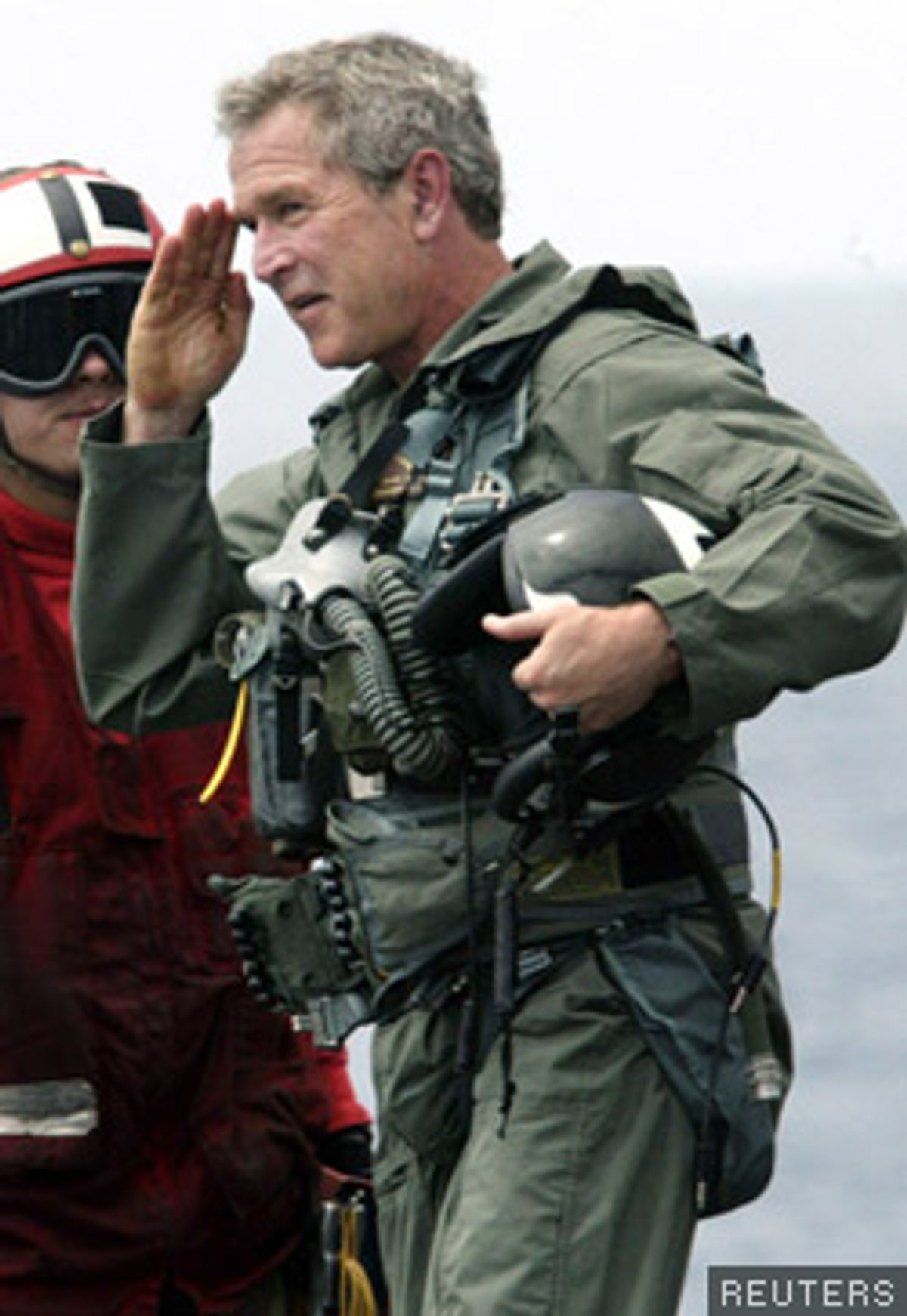 At the beginning of today's White House press briefing, Tony Snow lashed out at Harry Reid for criticizing Gen. Peter Pace -- the Joint Chiefs of Staff chairman the White House values so much that it won't be appointing him for a second term. Snow said it was "outrageous to be issuing slanders toward the chairman of the Joint Chiefs and also the man that is responsible for the bulk of military operations in Iraq."

So how did Snow show his support for the military today? By equating the work George W. Bush does in Air Force One and the Oval Office with the sacrifices made by troops dying in Iraq.

Reporter: The president said in a speech that (inaudible) expects many more casualties. How many more Americans is he willing to sacrifice to keep this war going?

Tony Snow: You know, what's interesting is, if you ask the people who -- if you take a look at what's going on in recruitment right now, the people who are most likely to sign up are the people who are involved in combat operations in Iraq and Afghanistan. And if you talk to a number of them, they feel that they're part of something very special, which is something that is certainly a difficult mission, but it also reflects the finest traditions of the United States of America, which is where people are fighting to liberate others and to extend the boundaries of liberty and to create the possibility for allies who are going to be not only allies in the war on terror but examples of exactly the power of freedom. The president wishes that nobody had to die. This is something that is deeply personal. He quite often meets with families of those who have been wounded and killed. On the other hand, the real question is, what happens if the United States walks away? And the answer is that many, many more people will be washed away in needless bloodshed as forces of terror draw confidence and encouragement from the fact that we will not have finished the job.

Reporter: I have one follow-up.

Reporter: Are there any members of the Bush family or this administration in this war?

Reporter: Well, that isn't my question.

Snow: Well, no, no. If you ask any president who is the commander in chief ...

Reporter: On the front lines, wherever?