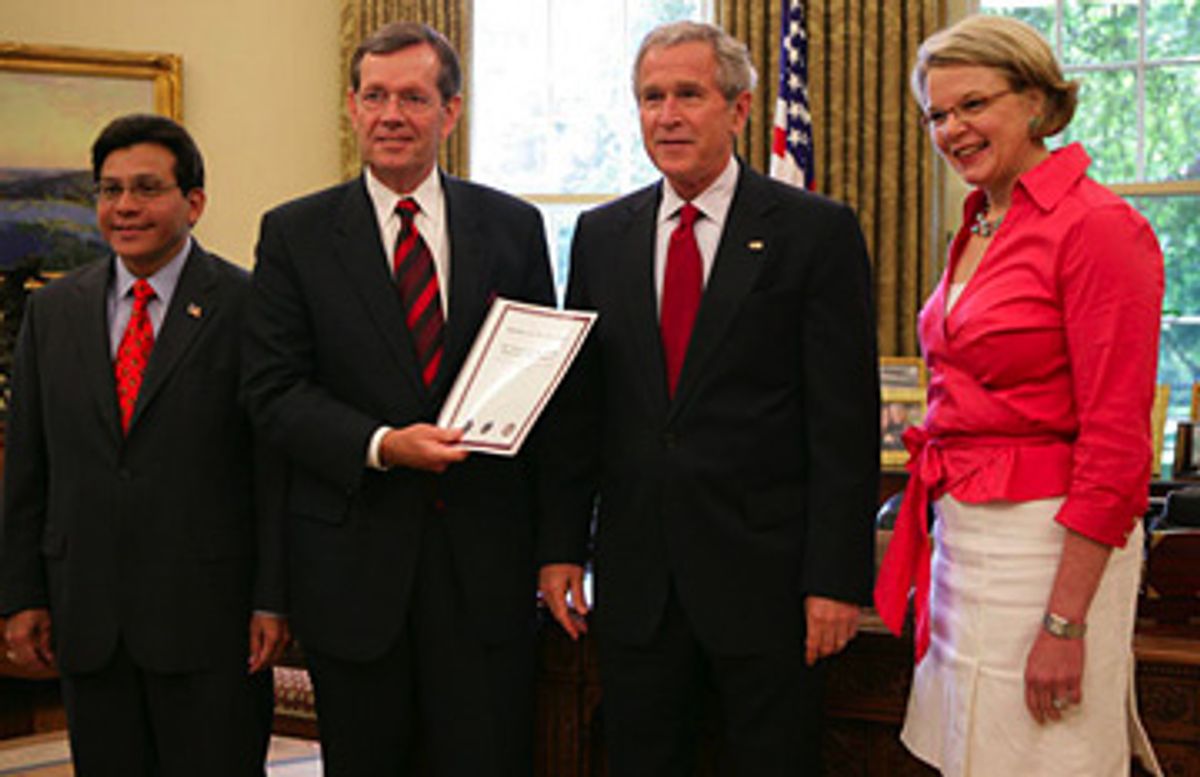 In an official White House photo, Health and Human Services Secretary Michael Leavitt and Education Secretary Margaret Spellings present a report on the shootings at Virginia Tech to George W. Bush. That little fella on the end there? He's the one White House press secretary Tony Snow described this week as "a man of great dedication and integrity" who has "earned the president's trust, and the nation's, as the leader of the largest law-enforcement agency on earth."