Vector TD: A new take on tower defense (may get you fired)

Vector TD is similar to wildly popular Desktop Tower Defense, but the game focuses more on strategy than speed. You have to play this game. 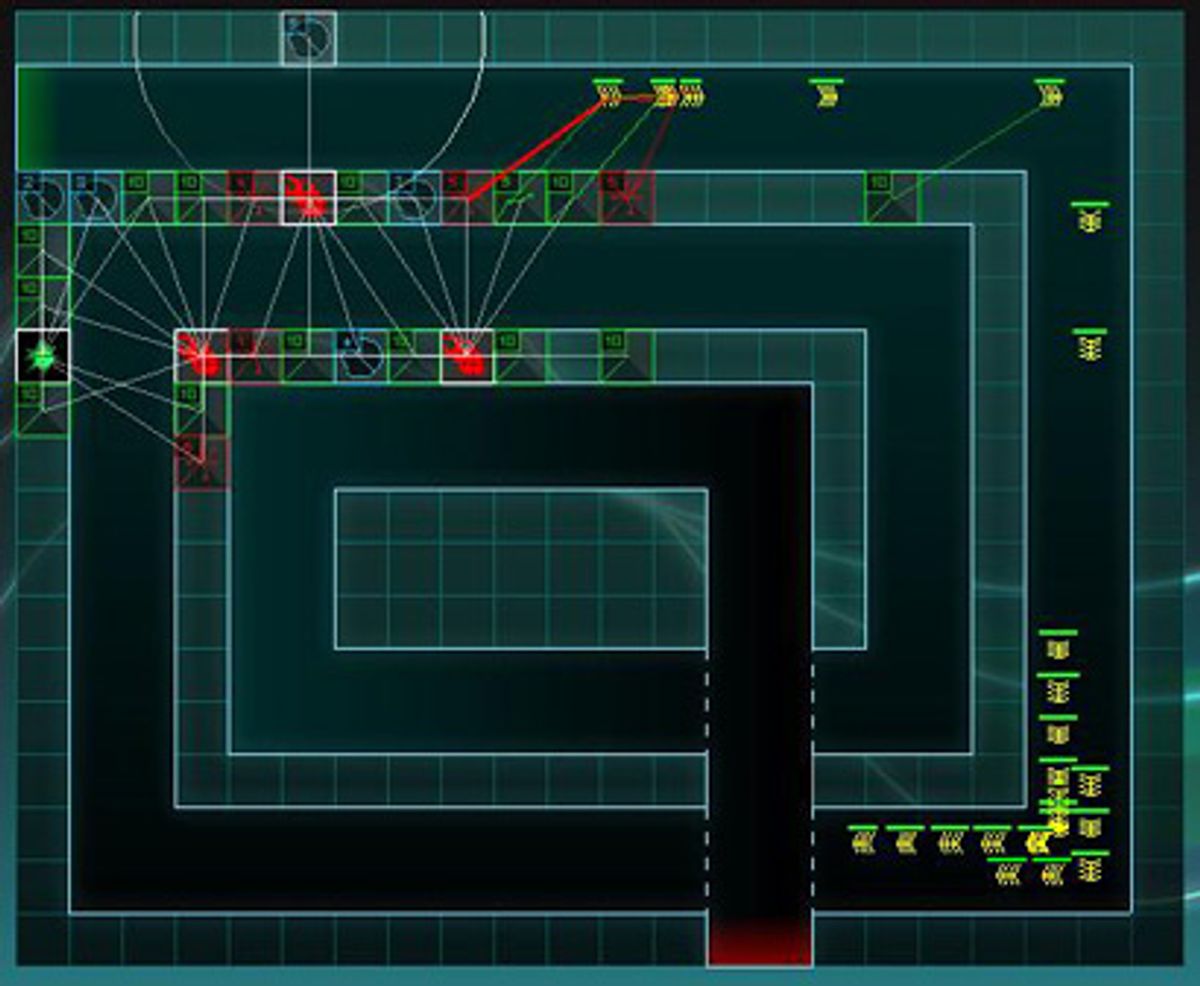 In March, a strange virus felled large swaths of the tech blogosphere. Well, it wasn't exactly a virus -- it was actually a Flash game, but one so giddily addictive that it would destroy, for days and weeks at a time, the productive capacities of anyone in its path. Desktop Tower Defense, a beautiful game in which you set up a maze of shooting towers to keep bad guys ("creeps") from running from one side of your desk to the other, was quite simple to grasp, but so hard to master that every time you lost, you had to press the button to play again. The cat needed feeding and your toddler was out of diapers, but if you had just one more try, you'd lick this game and get to everything else. (Besides, you could quit anytime you wanted.)

So now that you're out of rehab and looking so good, I almost feel bad about telling you about the hot new tower defense game that hit the Web this week. Vector TD was created by David Scott, a long-time tower-defense game builder who now collaborates with Paul Preece, Desktop TD's creator. And it's going to ruin your life.

Vector TD shares Desktop TD's main goal -- bad dudes come in through a maze, and you've got to set up towers along the way to stop them. But whereas DTT was all about speed, VTD is more thinkey. The mazes are already set up on a grid, and the creeps -- they're called vectoids here -- don't come at you automatically. Instead, you summon them on your own, which give you time between each attack-wave to think about your tower strategy. And the towers are awesome too -- different towers shoot different sorts of laser to attack the various creeps, and they work together, so that nearby towers form fighting teams.

Warnings, of course, apply. Don't click on the link below if you've got other pressing needs in life. Not that you'll regret the trip.

Play Vector TD; you have to watch an add for Orbit gum first.

Bonus: I came upon this video the other day of someone getting to level 100 in DTT. It's mesmerizing.