In this quirky horror chiller, John Cusack plays a ghost-guide writer who checks into a seriously creepy hotel room. 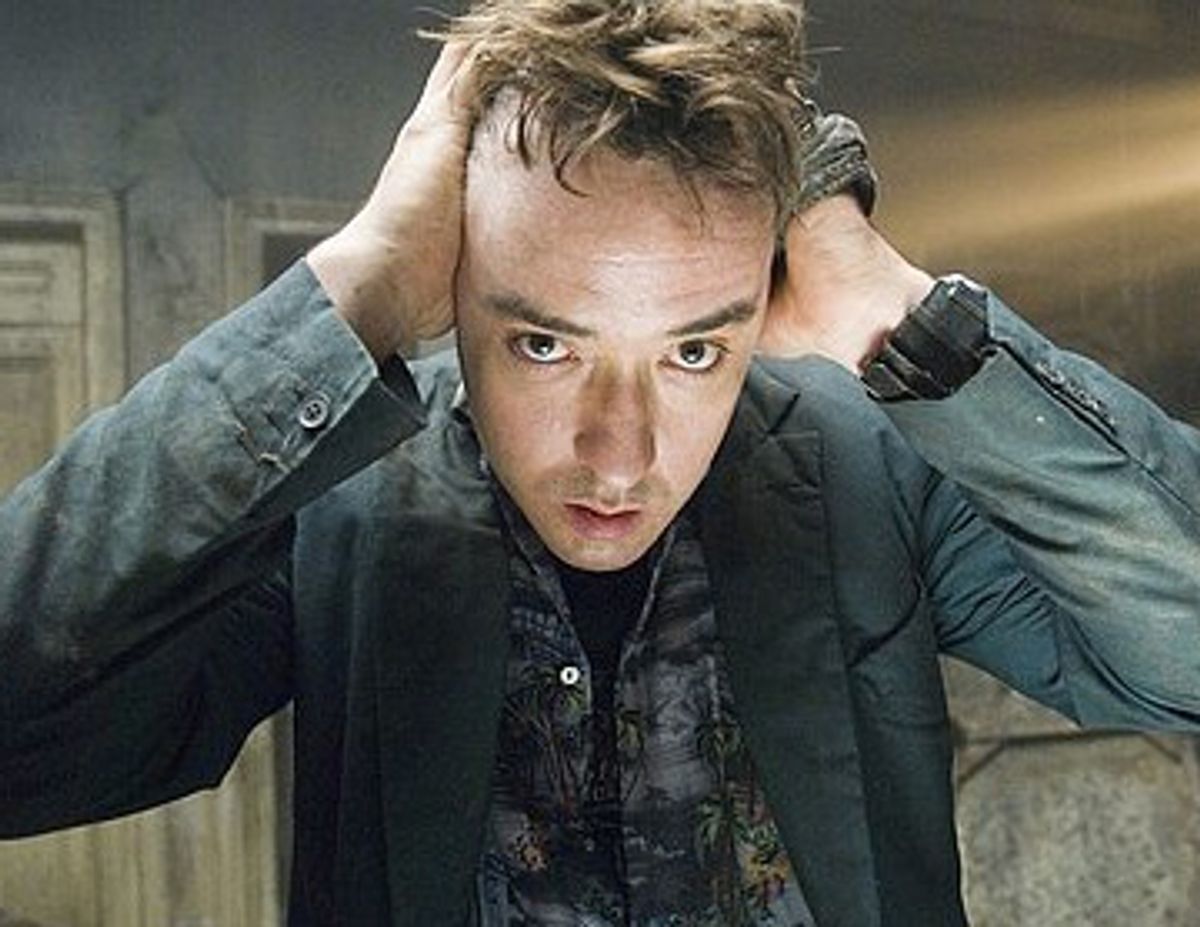 "1408" seems like a perfectly serviceable little horror chiller -- until you read the compact and elliptical Stephen King novella it's based on. King's story (included in the compilation "Everything's Eventual"), about the writer of a popular series of haunted-hotel tour guides who takes on the challenge of checking into an ultracreepy New York hotel room that has devoured anyone who has dared to spend the night there, works by suggestion rather than overstatement. Even though King enjoys putting down rich, quirky layers of detail, the story still feels underplayed rather than overstuffed, and it's all the more unsettling for that. (In a brief introduction to the story, King said it scared him as he was working on it.)

The film version of "1408," from the Swedish director Mikael Håfström (who made the 2005 thriller "Derailed," with Clive Owen and Jennifer Aniston), is a very heavily embroidered version of that story, and although most of the new inventions work fairly well, the whole thing could have been a bit more streamlined. John Cusack plays the ghost-guide writer, Mike Enslin: As the movie opens, we see him driving down a dark, rainy road to reach a country inn, where the owners regale him with stories about servants who hanged themselves on the premises and shove a few obviously faked photos under his nose. That's all in a night's work for Mike, and you can see why he takes his job only semi-seriously: He carries infrared equipment with him, on the off chance that he might actually pick up some paranormal ghostie-beastie activity, but so far, nothing.

Until, that is, he receives an anonymous postcard telling him that under no circumstances should he spend the night in Room 1408, the Dolphin Hotel, New York. Who could resist such a challenge? Mike hops a jet for the East Coast -- he lives in California, and we learn he's haunted by a personal tragedy that makes his return to Manhattan emotionally fraught -- and goes to work trying to persuade the Dolphin's manager, an icy-elegant Samuel L. Jackson, to fork over the big brass key to the room.

Jackson pleads, cajoles and intimidates: Four people have died in that room since he has been manager, and those were only the accidental deaths, as opposed to the so-called natural ones. Finally, with a sigh, he escorts Mike to the fateful floor -- he'll go no farther than the elevator -- and leaves him to a night full of horrors both personal and impersonal.

The movie, like King's story, plays off the seemingly benign, anonymous nature of hotel rooms. When Mike shows up at the Dolphin to check in, the perky desk clerk asks his name and then warbles, "And -- how are we spelling that today?" Does death await Mike in Room 1408? Or will vapidity and idiocy at the reception desk get him first? Screenwriters Matt Greenberg and Scott Alexander riff on some of King's own creepy ideas (like a generic-looking painting that insists on making itself crooked no matter how many times Mike straightens it) and come up with numerous gimmicks of their own, including a telephone that melts before Mike's eyes and practically in his hands. Mike's infrared thingy picks up gruesome traces of something beneath the surfaces of the walls, floors, bedsheets -- silent, screaming faces that we, and he, can only half detect. And some of the spooky touches here are eerily funny, like the way the last sheet on the toilet-paper roll refolds itself into a neat little triangle all by itself when Mike's back is turned.

For the first two-thirds, "1408" worked on me, largely because of Cusack's performance: His face is so searchingly earnest that you hate to see the horrors of this nasty little room -- and of his own past -- wreak havoc on him. But the movie attempts a false ending that doesn't quite work; the picture feels prolonged, dragged out, and its ennui lessens the impact of some of its more terrifying fillips.

One night in "1408" stretches out until it ends up feeling more like a routine three-day business trip. The scariest thing in it may be the way the clock radio has a way of turning itself on, loudly, of its own accord. The song is always the Carpenters' "We've Only Just Begun." Now that's horror.