One U.S. soldier who must be counted

Veterans of the Iraq war, including heroic Army Cpl. Frank Sandoval, are dying here in America too. 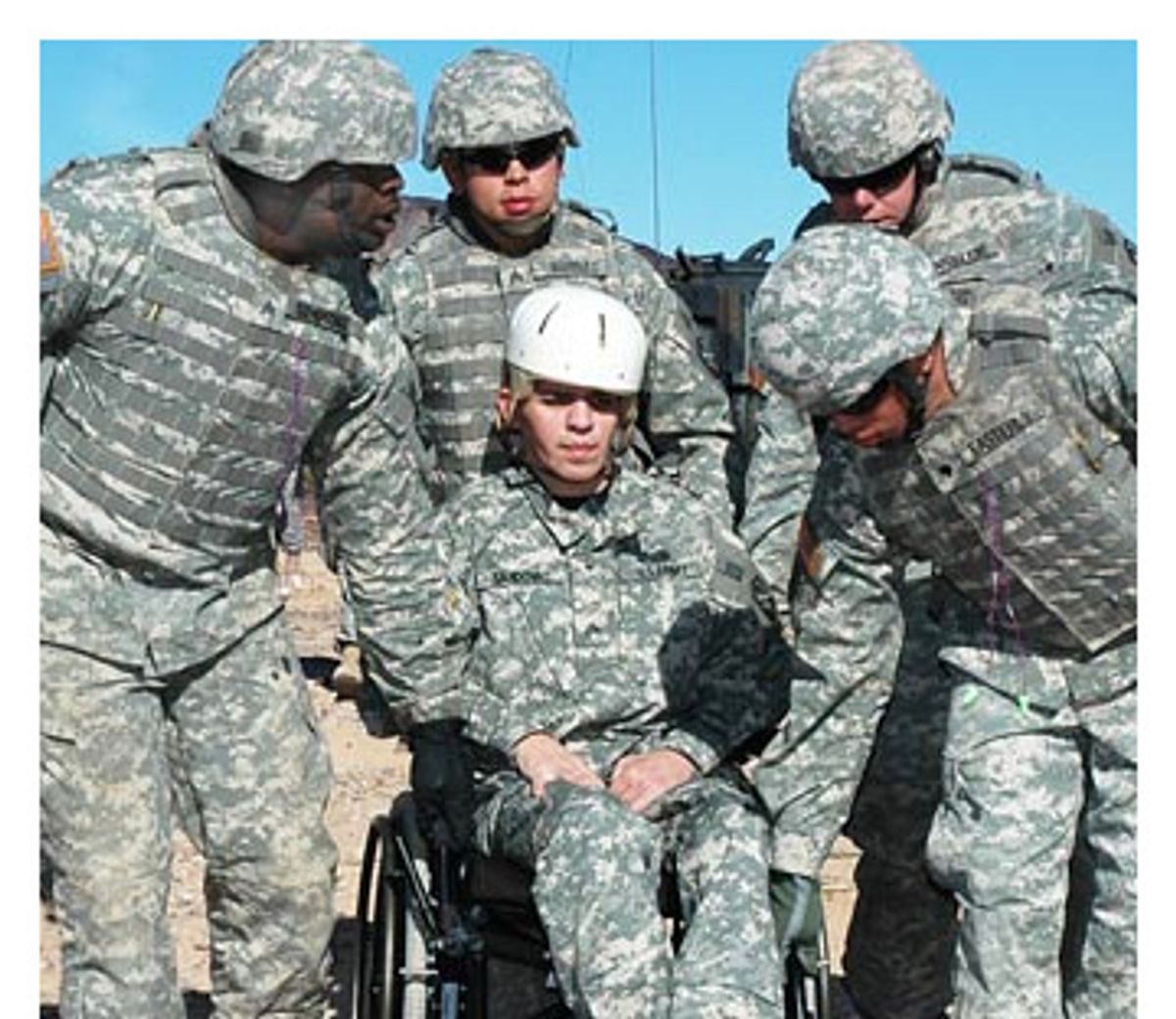 As of 10 a.m. EDT on Wednesday, 3,529 American military service members and civilian employees had died in Iraq, according to the Department of Defense. That prepositional distinction, "in Iraq," matters. On the same day, June 20, doctors withdrew life support from Army Cpl. Frank Sandoval, following complications from brain surgery for injuries he sustained in Iraq in 2005. He had been declared brain-dead several days prior. Sandoval didn't die in Baghdad or Fallujah; he died in a hospital in Palo Alto, Calif. But as of Thursday, Sandoval has not been included in the official tally by the Department of Defense.

Will Sandoval's death count, as it were? It's not just a matter of statistical accuracy; it's a basic question of his honor and dignity. When Sandoval's 5-year-old daughter grows up, what story will she be able to tell her friends about her dad? He died as a result of his valor in battle -- heroism further exemplified by his ensuing 18-month battle against the odds. Nevertheless, Sandoval's death in California is unlikely to make any national headlines when the next Iraq "death toll" numbers come out.

My first reaction to the news of Sandoval's death was one of total devastation. As a physician at the Department of Veterans Affairs Hospital in Palo Alto, I have become well acquainted with Frank Sandoval's story. He suffered a traumatic brain injury following a blast from an improvised explosive device while on patrol in Iraq in November of 2005. His injuries required multiple brain surgeries. The swelling in his head was so severe that he had part of his skull removed.

After spending months receiving intensive care, Sandoval underwent several more months of physical rehabilitation at the V.A. where he learned to walk, talk and take care of himself again. His heroics were chronicled in a five-part series in the San Jose Mercury News in December 2006. That story also featured my wife, a physical therapist, who has been a part of Sandoval's rehab team since he arrived at the V.A. When she last spoke with him, days before his final hospitalization, Sandoval was beaming with optimism about his future, which included plans to go to college. Needless to say, Sandoval was and is an inspiration to all of those he has touched along the way. But since he was injured in 2005, the media and America at large may not give him the honor and respect he's due, simply because he didn't die on the battlefield.

The problem may start with the way casualty figures are recorded. The Department of Defense casualty statistics, commonly referred to as the Iraq war "death toll," include those killed in action as a result of "hostile fire" (IEDs, hostile arms, RPGs, etc.) as well as those who died from "non-hostile" causes (friendly fire, helicopter crashes, etc.). Deaths "in Iraq" also include those who are wounded in-theater but who are transported to American-run hospitals around the world where they later die from their various illnesses, including accidents and suicides. But it is unclear whether service members like Sandoval, who are discharged as healthy but who later suffer further complications from their war wounds, are counted as having died "in Iraq."

We should continue to recognize and honor the fallen on the battlefield. But we must not overlook that veterans of this war are dying at home, too. These deaths are as tragic as the others, and these fallen soldiers' stories are equally compelling. As we deal with the influx of injured service members from this war and its aftermath over the next several years, we must always remember to count those like Cpl. Frank Sandoval, who have given their lives for this country. They too are casualties of war.

L. Okey Onyejekwe Jr. is a Flight Surgeon in the United States Air Force Reserve and a part-time physician at the Department of Veterans Affairs Hospital in Palo Alto, California.