A lifelong member of the Hemlock Society, my 87-year-old grandmother is frail, housebound, nearly blind -- and ready to die. Why won't anyone let her? 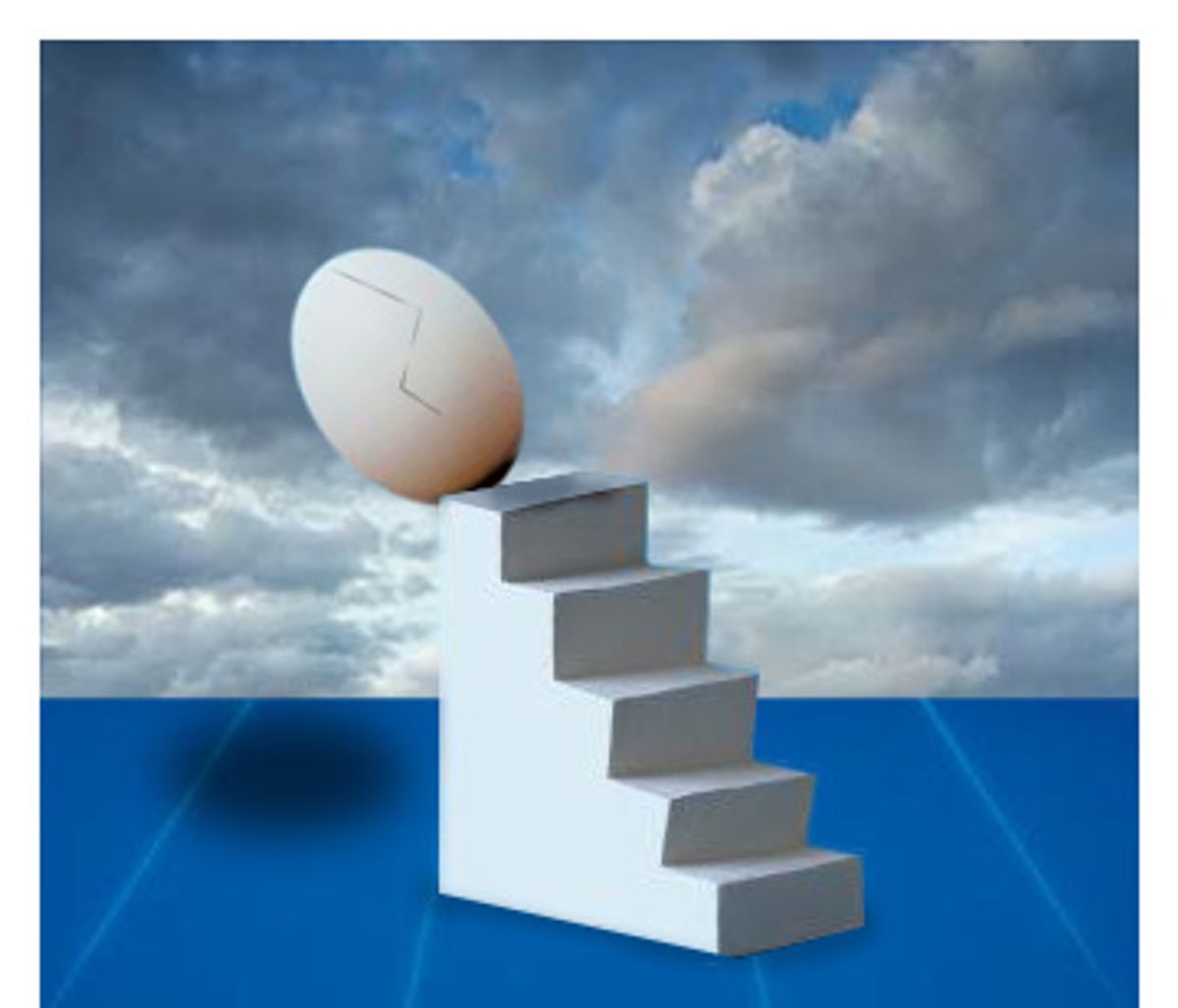 My 87-year-old grandmother wants to die.

And no one will let her.

She has not arrived at this decision lightly. Nor even lately. She has been wanting to die for a long time -- and she is probably, practically, a founding member of the Hemlock Society. She has been on its mailing list for years; its literature sits on her coffee table nestled between the Time Life books on undersea life and the space program. It has been there since that table was eye level to the toddler me. I am 43.

She answers all my phone calls these days with gallows humor.

My grandmother describes herself as "pro-choice." She believes she has the right to decide her own fate. She thinks that she has lived a full life and now -- when her world has narrowed such that she can no longer drive or even go to the bathroom by herself, when she is in pain from multiple vascular surgeries, when macular degeneration has left her eyesight so poor that she is unable to read a book or even watch TV, when she has fallen and broken her hip twice, her arm once, and her shoulder once -- her time has come. She believes she has the right to end her life at the precise point in time when she, as the author of her own narrative, sees it as over.

She is wrong -- and found this out the hard way.

A few years back, she wrote to Dr. Jack Kevorkian asking for help. He called her back. My mother, who happened to be at my grandmother's house that afternoon, answered the phone. Worried that this voice she didn't recognize was a sales call, she asked who it was. Dr. Kevorkian identified himself. Tears in her eyes, my mother wordlessly handed the phone to her mother, who lay in her darkened bedroom recovering from yet another surgery. By the end of the call, it was my grandmother who wept. Dr. Kevorkian would not help her; technically speaking, none of her ailments were fatal.

A few years after that, housebound and in considerable pain from unrelenting vascular problems in her legs, my grandmother attempted suicide with a rich stew of pills. Unfortunately for her, she had forgotten that her cleaning woman had a scheduling conflict that week and was showing up a day early. The cleaning woman called 911. The hospital had misplaced her do-not-resuscitate orders. Grandma was revived.

She was furious. To make matters worse, she was mandated into the hospital psychiatric ward as "suicidal" in the aftermath of this. She railed against fate: "How can they say I'm crazy when any sane person would find this life depressing?"

While my mother, who lived close to my grandmother in Sarasota, Fla., battled with hospital officials for access to the "closed to visitors" psych ward, I took to the phones trying to find a lawyer who would call me -- a new client -- back on a weekend. My mother, my two sisters and I were trying to figure out how to spring my grandmother, but the legal limbo was a geriatric patient's Catch-22.

"Apparently," as I explained to my grandmother on the phone, "it's illegal to take your own life. If a person tries to kill themselves, they're considered mentally incompetent -- that's why they've committed you."

She gave a snort of disgust.

"So the state intervenes."

"It's kind of the same language they use with abortion," I mused, "where the state argues it has a 'vested interest in preserving life.'"

My grandmother is a cynic: "A vested interest in making these doctors and hospitals rich," she said. "Do you know how many old people are in here with me having their lives 'preserved'?" I laughed and changed the subject. "How are the group therapy sessions going?" I wondered, trying to picture my grandmother in her polyester pantsuit surrounded by schizophrenics and addicts. She gave her raspy chuckle: "Better than the soaps!"

My grandmother is ardent. Fervent in her belief that she has the right to call the terms of her own death. She is, perhaps, unusually outspoken about her desires.

But she is not alone.

Seventy-five percent of Americans believe in euthanasia, according to a May 2005 Gallup poll. And an April 2005 Harris poll found that 34 percent of adults have living wills spelling out their end-of-life wishes. Whether these wishes are honored or not is another story, according to Compassion and Choices, an advocacy group that evolved out of merger with the Hemlock Society and other death-with-dignity organizations. In fact, it's very hard to die in this country, even when every cell in your body is screaming its readiness.

But my grandmother's a radical. Her rhetoric in defense of her right to die goes even further than most of the aforementioned organizations, which are taking baby steps to procure palliative care or doctor-assisted suicide for the terminally ill. My grandmother, who, again, is not technically "terminal," insists she should nonetheless have the right to call the shots based on her own deteriorating quality of life. (Indeed, after a few old-fashioneds she has been known to argue quite heatedly that "we're all terminal, for chrissakes!")

She has learned that even when you want nature to take its course -- or "God's will to be done," if you want to put it in religious terms -- you have to fight. Hard.

For example, a month ago my grandmother was called in for a visit to her vascular surgeon's office. The doctor had noted an unusual and dangerous aneurysm on her leg. (Both my mother and my grandmother had been watching this growth since 1996, had pointed it out to the doctor's staff several times and were puzzled that the doctor was only now remarking on it.) What was once a small bump had grown tremendously and was an artery ready to burst at any moment. The doctor recommended immediate surgery. My grandmother declined.

The doctor tried to scare her. "You could die," he said. "Any day."

It was the wrong tactic.

The doctor, as my grandmother later told me on the phone, then explained that the vessel would inevitably burst -- in a day, a week or a month -- and blood would fly.

She considered it a small price.

He said that she would feel cold for a few minutes, then pass out and die.

Later, as she sat in his reception area for 45 more minutes, waiting for him to come out and sign yet another do-not-resuscitate form because, although my grandmother has littered such forms in her wake in all her doctors' offices and hospital medical files for years, he had apparently misplaced it, she griped to my mother. "I almost hope it'll burst right here," she said wryly, "all over his pretty office."

My grandmother, Hazel Brys, died in the middle of the night, peacefully and quickly bleeding to death in her bed, about three weeks after this visit to the doctor.