"It is my judgment" 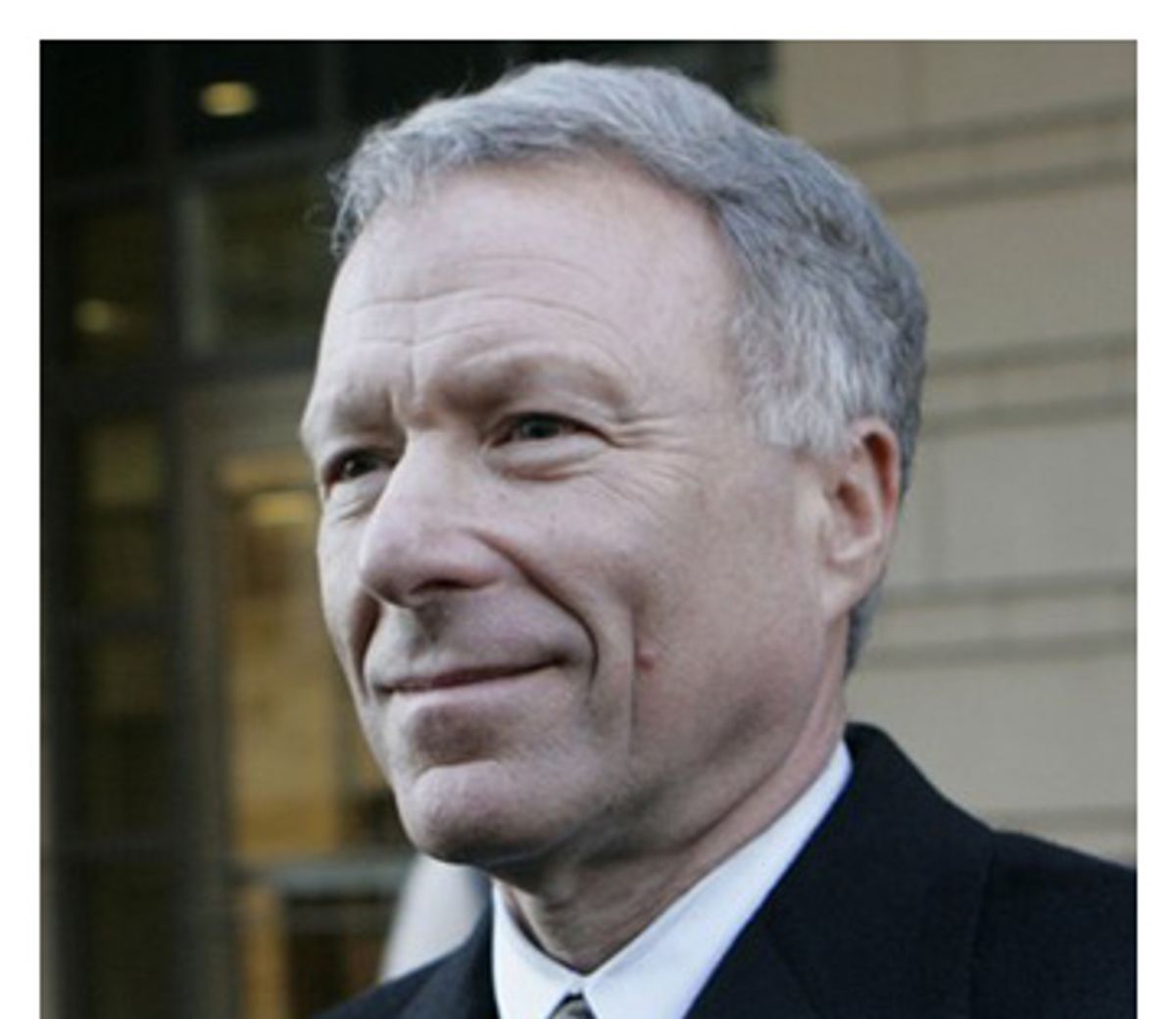 A month after the attacks of Sept. 11, George W. Bush traveled to Constitution Hall in Washington to speak to the federal government's senior executive service. The event was meant to "honor public servants," and Bush said he wanted to say "a few words" about the "important values we must demonstrate while all of us serve in government."

"First," the president said, "we must always maintain the highest ethical standards. We must always ask ourselves not only what is legal, but what is right."

What we've learned so many times since -- and all over again today -- is that, in the mind of this president and the people around him, "what is right" isn't necessarily a higher standard than "what is legal." They're just different, see, and the standard you use at any given moment is the one that gets you where you want to go.

There is no question that Scooter Libby broke the law. He lied, repeatedly and deliberately, to federal investigators and to Patrick Fitzgerald's grand jury. A jury of his peers -- to the extent that a man like Libby has peers -- reached a unanimous verdict of guilt on charges of perjury, obstruction of justice and making false statements. The federal judge who presided over Libby's trial heard his arguments and refused to reverse the jury's verdict or order a new trial. And earlier today, a three-judge panel of the U.S. Court of Appeals refused Libby's motion to remain free pending his appeal.

The panel was led, at least in seniority, by Judge David Sentelle, a protégeé of North Carolina Sen. Jesse Helms, appointed to the bench by Ronald Reagan. As an appellate judge, Sentelle voted to overturn the convictions of Iran-Contra figures Oliver North and John Poindexter and orchestrated the appointment of Kenneth Starr to investigate Whitewater. If Libby was ever to find a sympathetic ear on the Court of Appeals, David Sentelle would have been his man.

Here is what Sentelle and his colleagues had to say this morning about Scooter Libby: "Appellant has not shown that [his] appeal raises a substantial question ... one that is 'close' or that 'could very well be decided the other way.'"

What is legal? When a David Sentelle says it isn't even "close," there really can't be any dispute. Libby broke the law, and his prosecution and conviction were legally justified. Indeed, by choosing to commute Libby's sentence rather than grant him a full pardon, Bush seems to have tacitly acknowledged as much.

So what is right? In Bush's mind, it must be right for Libby to go free. Why? That's not for us to know. In a "Statement by the President" accompanying the commutation order, Bush lists the various arguments made by the "critics and defenders" of Patrick Fitzgerald's investigation. He says what he thinks about just two of them: He says he agrees that "our entire system of justice relies on people telling the truth," but then he says that he has "concluded that the prison sentence given to Mr. Libby is excessive."

"The Constitution gives the president the power of clemency to be used when he deems it to be warranted," Bush says. "It is my judgment that a commutation of the prison term in Mr. Libby's case is an appropriate exercise of this power."

And that's that. Four years after Bush administration officials leaked the identity of a CIA agent in order to discredit her husband and hold together their case for a disastrous war -- four years of denials and lies and refusals to comment later -- the president has put an end to the matter by announcing summarily what he has "concluded" would be "appropriate."

Reasons? Explanations? Those are for suckers.

In a statement this afternoon, House Judiciary Committee chairman John Conyers said Bush's decision is "inconsistent with the rule of law." He's dead on there, but what does that get us? In the president's world, legal vs. right is just another choice to be made. Once again, Bush has made his.