"Even Richard Nixon knew it was time to resign"

From Iraq to Scooter Libby, Bush and Cheney have broken America's trust and stabbed this nation in the back. It is time for them to go. 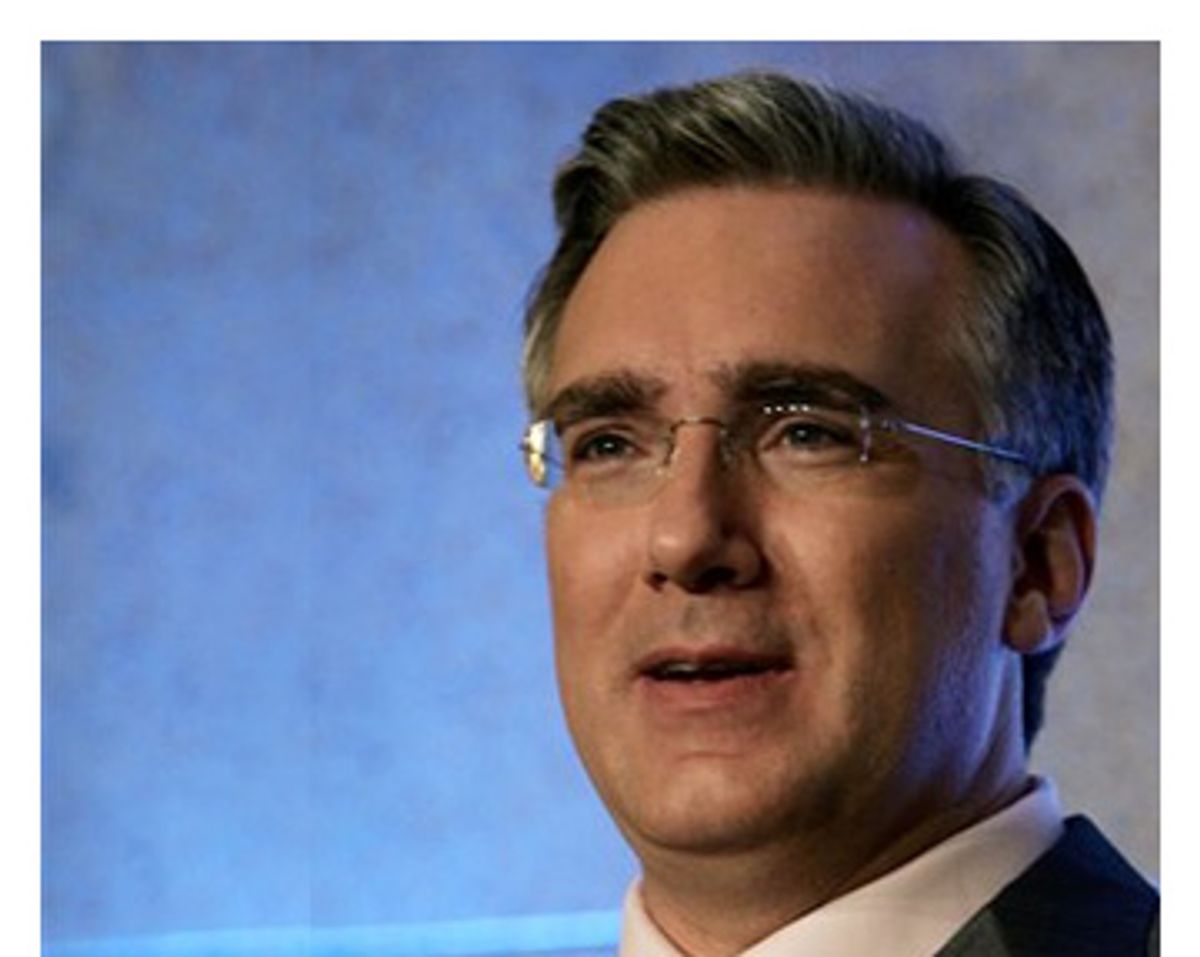 Finally tonight, as promised, a Special Comment on what is, in everything but name, George Bush's pardon of Scooter Libby.

"I didn't vote for him," an American once said, "But he's my president, and I hope he does a good job." That -- on this eve of the Fourth of July -- is the essence of this democracy, in 17 words. And that is what President Bush threw away yesterday in commuting the sentence of Lewis "Scooter" Libby.

The man who said those 17 words -- improbably enough -- was the actor John Wayne. And Wayne, an ultra-conservative, said them when he learned of the hair's-breadth election of John F. Kennedy instead of his personal favorite, Richard Nixon, in 1960.

"I didn't vote for him but he's my president, and I hope he does a good job." The sentiment was doubtlessly expressed earlier. But there is something especially appropriate about hearing it, now, in Wayne's voice: The crisp matter-of-fact acknowledgment that we have survived, even though for nearly two centuries now, our commander in chief has also served, simultaneously, as the head of one political party and often the scourge of all others.

But just as essential to the 17 words of John Wayne is an implicit trust, a sacred trust: that the president for whom so many did not vote can in turn suspend his political self long enough, and for matters imperative enough, to conduct himself solely for the benefit of the entire republic.

Our generation's willingness to state "We didn't vote for him, but he's our president, and we hope he does a good job" was tested in the crucible of history, and earlier than most.

And George W. Bush took our assent, and reconfigured it, and honed it, and shaped it to a razor-sharp point and stabbed this nation in the back with it.

Did so even before the appeals process was complete. Did so without as much as a courtesy consultation with the Department of Justice. Did so despite what James Madison -- at the Constitutional Convention -- said about impeaching any president who pardoned or sheltered those who had committed crimes "advised by" that president.

Did so without the slightest concern that even the most detached of citizens must look at the chain of events and wonder: To what degree was Mr. Libby told, "Break the law however you wish -- the president will keep you out of prison"?

In that moment, Mr. Bush, you broke that fundamental compact between yourself and the majority of this nation's citizens, the ones who did not cast votes for you.

And this is too important a time, Sir, to have a commander in chief who puts party over nation. This has been, of course, the gathering legacy of this administration. Few of its decisions have escaped the stain of politics. The extraordinary Karl Rove has spoken of "a permanent Republican majority," as if such a thing -- or a permanent Democratic majority -- is not antithetical to that upon which rests our country, our history, our revolution, our freedoms.

Yet our democracy has survived shrewder men than Karl Rove. And it has survived the frequent stain of politics upon the fabric of government. But this administration, with ever-increasing insistence and almost theocratic zealotry, has turned that stain into a massive oil spill.

The protections of the Constitution are turned over to those of one political party who believe those protections unnecessary and extravagant and quaint.

The enforcement of the laws is turned over to those of one political party who will swear beforehand that they will not enforce those laws.

The choice between war and peace is turned over to those of one political party who stand to gain vast wealth by ensuring that there is never peace, but only war.

And now, when just one cooked book gets corrected by an honest auditor, when just one trampling of the inherent and inviolable fairness of government is rejected by an impartial judge, when just one wild-eyed partisan is stopped by the figure of blind justice, this president decides that he, and not the law, must prevail.

And I accuse you now, Mr. Bush, of giving, through that vice president, carte blanche to Mr. Libby to help defame Ambassador Joseph Wilson by any means necessary, to lie to grand juries and special counsel and before a court, in order to protect the mechanisms and particulars of that defamation with your guarantee that Libby would never see prison and, in so doing, as Ambassador Wilson himself phrased it here last night, of becoming an accessory to the obstruction of justice.

"Whether ours shall be a government of laws and not of men is now for Congress and, ultimately, the American people."

President Nixon did not understand how he had crystallized the issue of Watergate for the American people. It had been about the obscure meaning behind an attempt to break in to a rival party's headquarters, and the labyrinthine effort to cover up that break-in and the related crimes.

And in one night, Nixon transformed it. Watergate -- instantaneously -- became a simpler issue: a president overruling the inexorable march of the law, insisting -- in a way that resonated viscerally with millions who had not previously understood -- that he was the law.

Not the Constitution. Not the Congress. Not the courts. Just him. Just, Mr. Bush, as you did, yesterday.

But when other citizens render a verdict against your man, Mr. Bush, and then you spit in the faces of those jurors and that judge and the judges who were yet to hear the appeal, the average citizen understands that, Sir.

It's the fixed ballgame and the rigged casino and the prearranged lottery all rolled into one, and it stinks.

And they know it.

Nixon's mistake, the last and most fatal of them, the firing of Archibald Cox, was enough to cost him the presidency. And in the end, even Richard Nixon could say he could not put this nation through an impeachment. It was far too late for it to matter then, but as the decades unfold, that single final gesture of nonpartisanship, of acknowledged responsibility not to self, not to party, not to "base," but to country, echoes loudly into history.

Even Richard Nixon knew it was time to resign. Would that you could say that, Mr. Bush. And that you could say it for Mr. Cheney. You both crossed the Rubicon yesterday. Which one of you chose the route no longer matters. Which is the ventriloquist, and which the dummy, is irrelevant. But that you have twisted the machinery of government into nothing more than a tawdry machine of politics is the only fact that remains relevant.

It is nearly July Fourth, Mr. Bush, the commemoration of the moment we Americans decided that rather than live under a king who made up the laws, or erased them, or ignored them -- or commuted the sentences of those rightly convicted under them -- we would force our independence and regain our sacred freedoms.

We of this time -- and our leaders in Congress, of both parties -- must now live up to those standards which echo through our history. Pressure, negotiate, impeach: get you, Mr. Bush, and Mr. Cheney, two men who are now perilous to our democracy, away from its helm.

And for you, Mr. Bush, and for Mr. Cheney, there is a lesser task. You need merely achieve a very low threshold indeed. Display just that iota of patriotism which Richard Nixon showed on August 9th, 1974.

And give us someone -- anyone -- about whom all of us might yet be able to quote John Wayne, and say, "I didn't vote for him, but he's my president, and I hope he does a good job."