I could buy an air conditioner -- but what would summer be without the romance of a shockingly cold beer, sweaty sheets and rustling leaves? 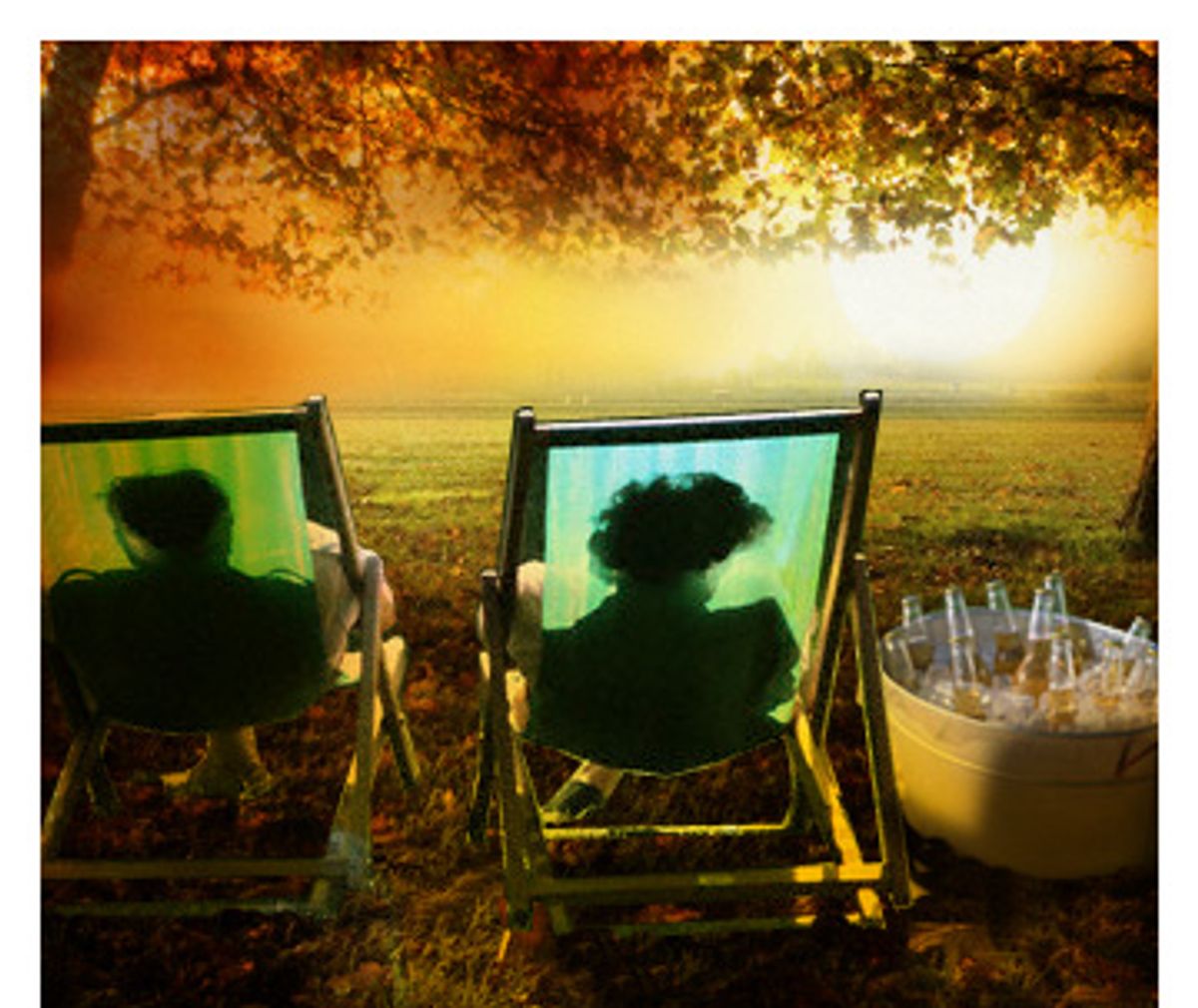 My wife and I live in Manhattan. Her parents are from Texas. A few months ago, they offered to buy us an air conditioner. Who could have guessed the turmoil this generous offer would precipitate? Weeks went by and the weather grew warmer, and I kept finding reasons not to take the plunge. Eventually, my wife began asking what the hold-up was about.

I couldn't exactly say. Higher electrical bills, yes, along with a certain moral queasiness about harming the environment -- after all, your standard 12,000 Btu window unit, running eight hours a day from June through August, will kick out 1,889 pounds of CO2 -- and the absurdity of alleviating climate discomfort with a device that in the long-term dramatically contributes to it hardly bears pointing out. But the environmental argument, compelling as it is, wasn't the real reason for my hesitation. My qualms go much deeper than that.

I might feel differently if I had grown up in Texas. Living in Texas without air conditioning is probably impossible. Anyone who grew up there grew up with air conditioning, as sure as they grew up with refrigerators and other modern conveniences. In Texas, you grow up with AC the way you grow up with religion. It sticks with you. It becomes a part of you. You believe. But I grew up on the shores of Connecticut. To me, summer has always been a time of heat, the sun baking the paint on the bottom of old wood dinghies, small waves breaking, blackberry ice cream dripping down your forearm, and some lucky kid five years your senior fooling around with a kit-built remote control car.

The heat comes in and slows things. It comes in through the window where the ice tea sits brewing in the sun. There's a dog panting somewhere, behind the couch. For coolness, you'd drape yourself over the thick limb of a purple beech tree, or slide an ice cube back and forth across your forehead. You'd sneak a miniature fan into school and surrender it to a girl you liked -- a hopeful investment. The windows were open, and in the clean kitchen a fly would circle looking for some forgotten spot of honey. The most valuable commodity was a screened porch. We didn't have one, so my father built one. Then we put up a hammock.

To me, those unbearable summer nights are sacrosanct. In my desultory college years in Ohio, my girlfriend and I would hop on my Kawasaki and ride east to Grafton, one town away, to seek a brief respite padding through the shocking white aisles of the 24-hour supermarket.

The earth was drunk on heat. It had been drinking it in the entire day and now it lay there in the darkness, steeped. When we dipped through the stream-fed valleys on Parsons Road, the temperature would drop a degree or two, and then rise again as we emerged, a spectrum of bugs lancing through the headlight and bapping off my woodshop goggles. It was one of the least productive and most memorable summers I've ever had. Cold beers and hand-rolled cigarettes smoked down to the knuckle in the huge room above the pizza shop. It was so hot we couldn't sleep, so we just stayed up and kept vigil as the stoplight changed.

To me, heat is romance and remembrance. My mother's fondest memories date to her years living in a small mining town in the Black Hills of South Dakota during the Second World War. Her father was there on contract for the government, extracting lithium for the Signal Corps. They lived in tarred shacks and cooked with wood stoves. Cows poked their heads through windows in the living room. Her memories of childhood are suffused with the smell of pine, the sound of the wind in the aspens, and clear brooks running through the gulches where the miners placered for gold. The thunderstorms that gripped the air like a vase and then shattered it. There is no more accurate clock than nature. With each seasonal change something in you lurches, and a door opens to all the seasons of your past.

Some might call this nostalgia. But you needn't go back 20 years for an example. Last night, for instance, as I lay in bed reading with the windows open, the curtains were moving, and a vivid green bug the size of a red pepper flake kept getting entangled in my chest hair. Every few minutes, a horsefly zoomed past the pages of my book, then disappeared for another lap. A dog barked in a downstairs apartment, while a train mooed north along the Hudson. This is summer. In summer we pack up the blankets and sleep beneath sheets. In summer we listen to the leaves. Sometimes we can smell the stone-clear river water on the breeze. Who would ever want to efface such details?

Shutting out summer with an air conditioner is like ripping the second hand off life's mortal clock. I am as loyal to this view as I am to my own childhood -- and it's this that forms the basis of my environmentalism, such as it is. To me, mainstream environmentalism, with its emphasis on "preservation" (as if the best we could hope for is to place nature beyond the reach of humankind's destructive impulse, like a cookie jar on a high shelf) isn't much better than the environmental nihilism of unregulated logging. Both sever the bond with nature -- one for the sake of preserving it, the other for the sake of consuming it. And to the extent that we all depend on this bond with nature to give context to our lives and chart the years of our passing, both are equally in error.

This may seem a labored argument simply to explain my ambivalence about buying an air conditioner -- especially when it's not my money being spent. But perhaps it was the prospect of a free air conditioner that allowed me to regard the transaction as fundamentally ethical in nature, as opposed to financial. Now I just need to find a gracious way of declining my father-in-law's offer. Of course, a few weeks from now, I'll probably be crying out for an air conditioner. But then again, that too has always been a part of summer.