Microsoft touts new Halo -- and takes on Wii, too?

At the big game convention in L.A., Microsoft announces the special Halo edition Xbox console, plus some controllers that may be aimed at Nintendo's hot system. 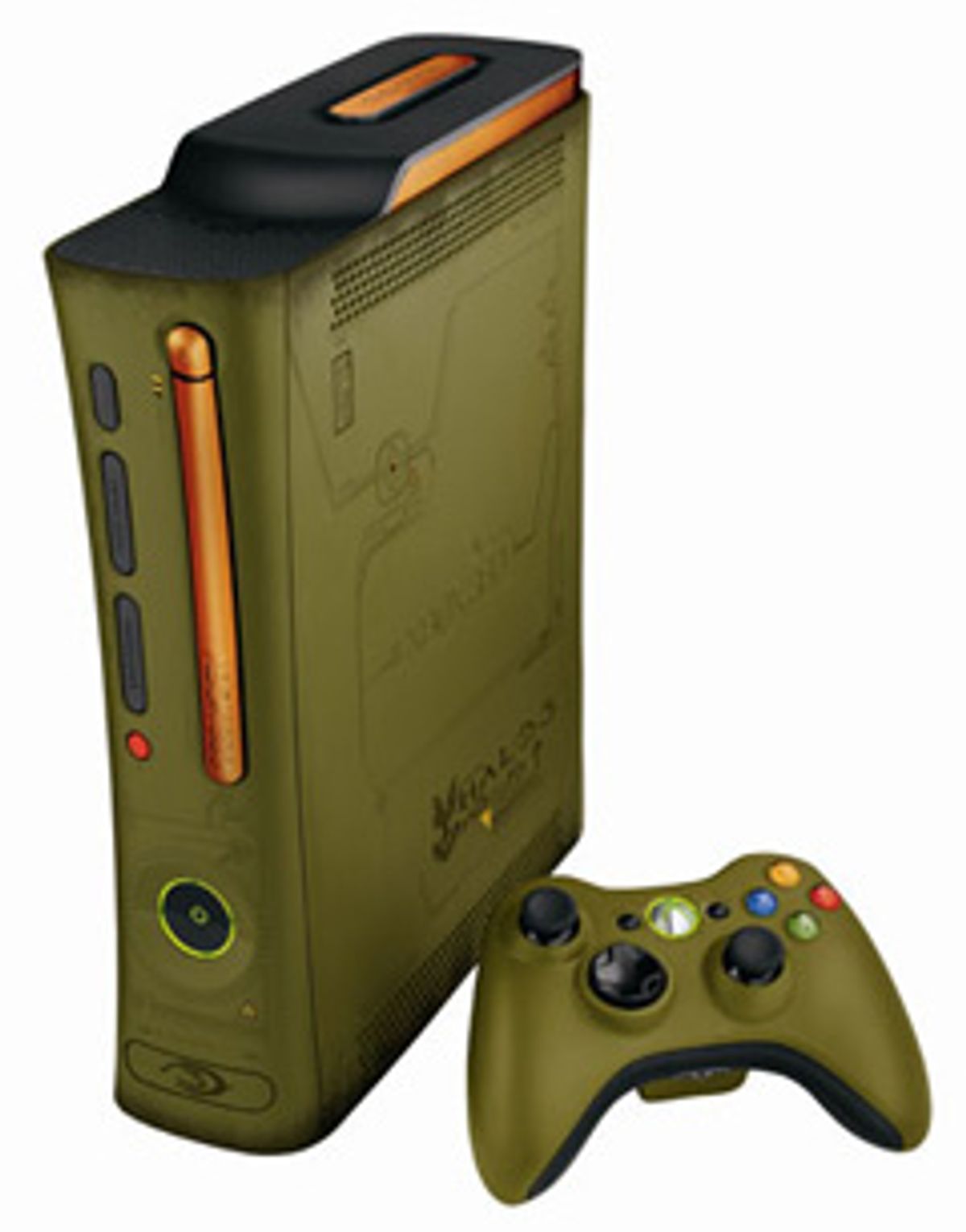 Last night was Microsoft's night at E3, the big video game convention that takes place in L.A. every year (this time on a more muted basis, sans booth babes). The big news was ... well, was there big news?

Perhaps it was that in honor of Halo 3, Microsoft will put out a special-edition Xbox 360 console outfitted in cyborg green and orange. Why anyone would buy a painted-up Xbox is a mystery, but there are a lot of Halo nuts out there who perhaps will never feel at home unless shooting on a pimped-out shooter. Still, are they that nutty? This looks to me like the boxed-set model of sales; sure, it's nice to have a special package in which to house your "Dark Side of the Moon," but all you really care about is the music, yeah?

Then there's also a new game-show sort of controller for the upcoming Xbox title "Scene It?" For the uninitiated, this is the popular DVD-based pop-culture trivia board game that's being turned into a Microsoft exclusive. Four of these new controllers will be packed in each "Scene It?" sold, Microsoft announced; the controller is shaped roughly like a fat TV remote control, with one big button and four small ones, and it could be used, one supposes, on a host of laid-back games that are fun for the whole family (what the industry refers to as "casual games").

The company didn't say that the new controllers would include any sort of Nintendo Wii-like motion sensors, but speculation is already running this way. Engadget says, "This could be Microsoft's Trojan Horse to battle against Wii's stranglehold on the casual gaming market -- particularly if the remotes include motion sensing within, which hasn't even been hinted at yet -- or could just be a nice freebie to make 'Scene It?' a bit more accessible. We figure we'll know more soon enough."

We sure will. But oh yeah, here's something we know now. There's no Xbox price cut. Folks had been suggesting that in light of Sony's PS3 slashing, Microsoft would slice its console tags, too. No dice. The standard Xbox 360 will still cost you $399 ($100 cheaper than the PS3). No price set on the Halo model. But if you really want one cheap, go down to your hardware big-box and ask them to match some paint. Or you can buy a pre-made mod.