Why I returned my iPhone

The iPhone changed my life. But I'll save my money until Apple makes some key fixes. 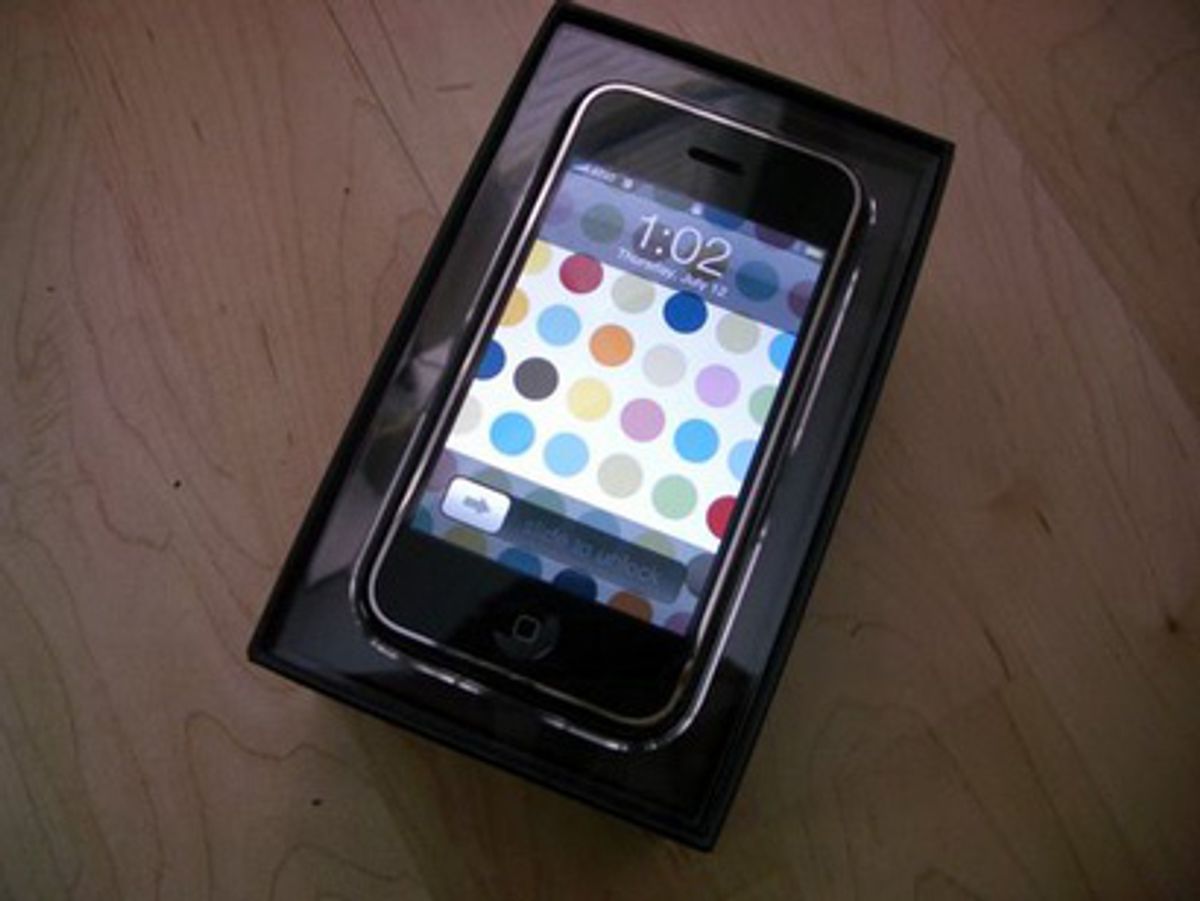 A few hours ago I walked into the Apple Store at the Stonestown Mall in San Francisco and gave back my iPhone. When the friendly salesperson asked me why I wanted to return it, I answered honestly. "I can't afford it," I said.

But that was not the whole story.

I've been enraptured by the iPhone since January, but I never intended to keep it. Two weeks ago I spent a whole day in line waiting to get one, but as I explained at the time, I did so mainly out of a professional obligation. To me, a $600 phone seemed at least $300 too rich.

This is the story of how I came around. It's a story about how a beautiful and delightfully useful machine undid my cost-benefit analysis and shifted my calculus of desire. You'll tell me to get a room, I'm sure, but this much is true: This is a love story -- but it's a love that, alas, must remain unrequited, at least for now.

The romance began at first sight, but it was the touch that felled me. In my review, I wrote that the iPhone's killer app is your finger. That feeling only deepens with use; in two weeks' time, I became a master at flying through its touch-screen menus, and typing -- which bothered some people but which I found immediately satisfactory -- became almost fun. There's indescribable pleasure in pulling off the phone's finger gestures -- in pinching it, in flicking it, in double-tapping it -- and the moves quickly fix themselves into muscle memory. You begin to want to flick your laptop screen too.

But if tapping the iPhone activates your lust, it's surfing the phone that awakens a deeper, more meaningful connection. It may sound indulgent and tech-obsessed to argue that having constant access to the Web changes the way you think about the world, but give it a try and you'll see. When you've got the Web with you always, printing out grocery lists or directions becomes unnecessary. You never have to call 411. You can find out what's playing at the movies while you're in the car. You can look up reviews of products and comparison shop while you're in the store.

The other night I was at the grocery looking to buy, among other ingredients, Sichuan peppercorns. The store didn't carry them -- a stocker told me that in accordance with an import restriction, the tangy dried berries are hard to find. Ordinarily I'd have been sunk -- the peppercorns were a crucial piece in what I was making, and I'd brought along a list for only this one recipe. But I had an iPhone. From the store I did a quick Google search for another recipe I'd been eyeing, and within a minute I had an ingredient list for something new.

The situation sounds banal. Hell, it is banal. But sometimes technology excels exactly when it eases the banal, when it lifts the pressures of the workaday life. I imagine that before they changed everything, refrigerators once struck some people as rather too grandiose, too -- what was so wrong with the icebox?

Or recall how, a decade or so ago, you thought about cell phones: that you had no need for them; that because you weren't a drug dealer, a doctor or Gordon Gekko, you could wait until you got home to make a call. But then you finally got one -- because everyone else did -- and now you can't imagine going without. In all kinds of ways, every day, you use the cell to manage your life. Its presence is ingrained in your consciousness. The iPhone is that kind of device; it marks a new way of life. One day we'll all have iPhones, or things that aim to do what this first one does, and your life will be better for it. Don't believe me? Bookmark this page and come back in five years.

So if I'm so hot for it, why am I giving the iPhone back? There are loads of reasons: As a phone, it's middling (or it's fantastic and stuck on a middling network, which amounts to the same thing); it's missing some key features; and even though many of these features could be added by third-party developers, Apple has locked it up. I listed the main missing features here; of these, the one that rankles most is 3G networking. The iPhone's portable Web, as great as it is, runs on EDGE, and thus is too damned slow. I'm hoping that when Apple puts out a phone that can take advantage of the 3G networking standard, it'll be appreciably faster.

Other omissions aren't as painful, but they grate: There's no clipboard, no voice dialing, no way to add wallpaper or ring tones, no search function for contacts or e-mail, no native instant-messaging application, and no way to fully sync the phone's calendar with Google Calendar (yes, I know about this hack, but it's not bidirectional and doesn't work with Windows).

I'm counting on Apple to fix all these, and I'm counting on coders everywhere to help. People have built some nice Web applications for the phone, but as Steve Jobs himself has argued, the best iPhone apps will run directly on the device, not through Safari. Right now, the folks who are trying to build such programs are called "hackers"; as soon as Apple puts out a kit for them to create real iPhone programs -- I have faith that Apple sees this as a necessary step -- these people will be called "iPhone developers," and they'll prompt a flourish of innovation on the phone. All the problems that I have with the phone -- even its lock to AT&T -- are, in other words, likely not long for this world. Apple or the hackers will clean them up, and maybe soon, too.

But this phone -- the phone as it exists right now -- is not worth the $600 plus two years of AT&T service (that is, more than $2,000 total). This will change soon. For me, indeed, it's right on the edge; they could just add voice dial and I'd snap it up. But I couldn't wait: Apple gives you 14 days to return the phone, and my deadline -- as for everyone else who bought the phone on opening day -- was July 13. (Apple charges a 10 percent restocking fee when you bring back an open phone.)

Returning the iPhone, by the way, proved easy. At the store, the Apple salesman turned on my phone, navigated to the settings menu and erased all my data. Then he pushed the point of a paper clip through a tiny hole at the top of the device, releasing a little drawer in which the iPhone's SIM card is housed. He handed me the SIM card, which contains my personal info.

I called up AT&T and canceled my iPhone plan. Later, I popped the iPhone SIM into my old cell, and everything worked as normal. Calls to my number now ring my old phone.

My iPhone, meanwhile, will presumably fly back to Apple to be cleaned up and eventually sold to some very lucky soul. I wish it well.