Mystery in black and white 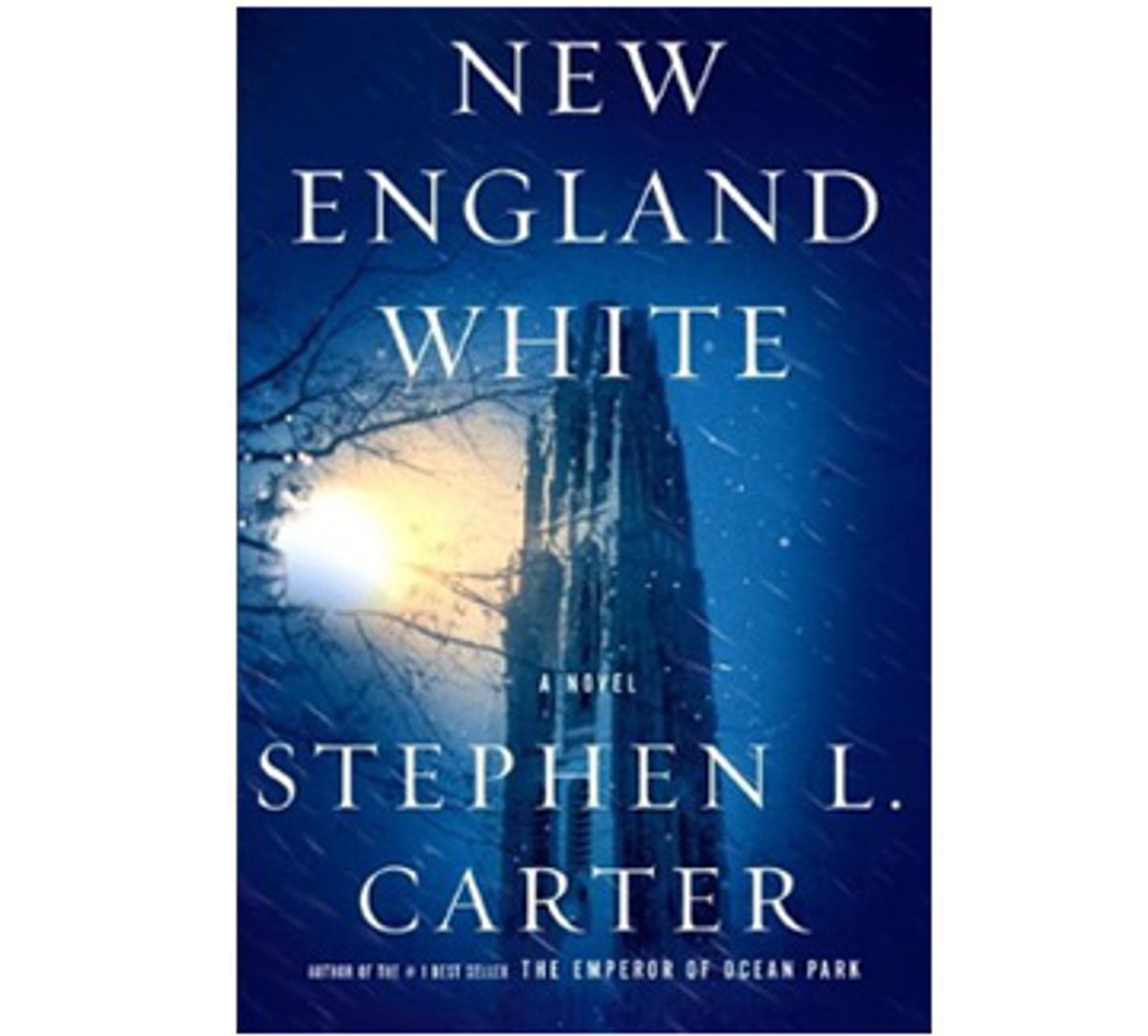 In Rudolph Fisher's "The Conjure-Man Dies," published in 1932 and widely regarded as the first African-American murder mystery, detective Percy Dart questions a prickly witness. "What kind o' detective is you?" asks the witness, Mrs. Snead. "A police detective, madam, of the city of New York," he replies. "T'ain't so," says she, "they don't have no black detective." Dart rejoins dryly, "Your informant was either ignorant or color blind." Certainly, African-American detectives existed then and many more swell the police ranks now, but African-American writers of detective novels have enjoyed little such growth. The canon includes Fisher, Chester Himes and Walter Mosley, as well as a new generation of female authors, but the African-American mystery remains a mysteriously marginal genre.

The genre did attract major attention in 2002, when Yale Law School professor and first-time novelist Stephen L. Carter garnered a $4 million advance for "The Emperor of Ocean Park," which racked up excellent sales and reviews. Carter's previous works hadn't sold as well -- heady tomes concerning intricacies of Senate confirmation hearings and the correct role of religion in a democracy rarely do. He had also authored the volumes "Integrity" and "Civility," which concerned, well, integrity and civility, had helped to raise his two children and had cited the Bible as his favorite and most influential book -- not precisely the C.V. one associates with a writer of thrillers.

Consequently, many critics who praised "The Emperor of Ocean Park" lauded it not as a mystery novel but as a novel of manners, revealing the customs and conventions of the black bourgeoisie. In the New York Times, Ward Just noted that in Carter, "the black upper class has found its Dreiser." A few days earlier the Times' Michiko Kakutani had remarked, "The family drama is a closely observed, often affecting portrait of the Garland clan, [while] the thriller is a contrived, implausible and needlessly baroque melodrama."

But Carter has once again blended the family drama and the thriller in "New England White," whose unfortunate title suggests nothing so much as a rather innocuous type of cocaine. Though not precisely a sequel, Carter reintroduces minor characters from "The Emperor of Ocean Park," Lemaster Carlyle and his wife, Julia. Lemaster Carlyle has taken on the presidency of an Ivy League university, which an author's note assures us is not Yale, though clearly it is. (The book cover boasts an image of Harkness Tower, perhaps Yale's most indelible structure.) When the Carlyles chance upon the bullet-ridden body of economics professor (and Julia's ex) Kellen Zant, Julia decides she must investigate the murder.

Again, Carter displays great ambivalence about whether he wants to write a mystery novel at all, particularly an African-American one. He disregards most of the qualities that have made African-American detective fiction singular and pleasurable. In his academic study of the genre, "The Blues Detective," Stephen F. Soitos identifies several "tropes of black detection": double-consciousness, use of the vernacular and hoodoo. Carter uses not a one. Julia does toughen up as the narrative unfurls, shedding some of her meek faculty wife aspects, but her position of privilege hardly requires Duboise-ian double-consciousness. And such a member of the elite would hardly resort to vernacular tradition or outré religious practice. Julia's an Episcopalian and a divinity school dean to boot.

Furthermore, in the past African-American detective fiction has often distinguished itself by its emphasis on materiality, profuse descriptions of how characters look and what they eat, drink and wear. Like Fisher and Himes, Carter notes his characters' skin tones -- and, unlike Fisher and Himes, he invariably notes what cars they drive -- but he's otherwise parsimonious with physical details. Violence occurs offstage; sex receives discreet mention and takes place only in the marital bed. In an interview, Carter remarked that in place of the carnage and salaciousness, "I've got explicit religion instead." As to the mystery itself, he often inserts revelations and clues just before the end of the chapter, as though ashamed by their inclusion.

Perhaps the double-consciousness exists here not in the person of the detective, but in the author, someone who wants to try on the mantle of the mystery genre and yet remain above and apart from certain of its hallmarks. This makes "New England White," like "The Emperor of Ocean Park," a rather curious book, absent of much that's expected in a detective novel and full up with much that isn't. In addition to the explicit religion, Carter reaffirms many of the political views and values expressed in his earlier novel. Though Julia Carlyle is manifestly a different character from the hero of "Emperor," law professor Talcott Garland, they share their author's support of a school voucher system, reluctant pro-choice stance and distaste for both liberal and conservative positions. They are also both confronted with graveside mysteries and legacies from the dead and share a fascination with discovering the sources of political power and influence.

In "New England White," however, Carter has switched from first-person narration to third, perhaps as a stylistic exercise, perhaps because Julia diverges far more from Carter than Talcott did. (In an essay in the Virginia Quarterly Review, Michael Nelson identified the many similarities between Talcott and Carter: "They both grew up among Washington's black bourgeoisie, and both were non-athletic kids who loved sports. Both married other lawyers and are devoted fathers. Both are chess players. Both are ambivalent about affirmative action and fret that whites suspect they don't deserve their positions.") Unbound by a particular voice, this shift in perspective allows Carter greater freedom with language and description, not necessarily a bonus. He has no gift for figurative language, as he proves when he opens the novel: "Rumors chase the dead like flies, and we follow them with our prim noses." Much later he writes how "snowy trees [slip] past, each hiding its dark, archival history in the night." Trees have archives? Raymond Chandler he ain't.

When he leaves regrettable metaphors aside, Carter is deft with dialogue and enjoys the back-and-forth style of interviews. (Maybe they remind him of the courtroom.) The exigencies of plot keep him from dwelling too long on prose set pieces or sociopolitical arguments. The plot itself, which ties Zant's death to the drowning of a white teen some 25 years before, is a bit of a nonstarter, but the short chapters and frequent disclosures prove sufficiently distracting.

But if Carter aspires to more than the sort of beach reading that one can pat oneself on the back about, if he wishes to craft a novel that's both intellectually adept and adequately gripping -- the sort that bears rereading -- he has to make peace with the medium he works in, its characteristics and its history. Detective fiction and the serious novel are by no means mutually incompatible. Dickens, Dostoevski, Alain Robbe-Grillet, Iris Murdoch and Umberto Eco have all managed it; so did Chester Himes.

Julia Carlyle concludes the novel with a letter to her mother in which she muses on her New England childhood, writing, "I think you moved us to Hanover for the winters. Time covers truth like snow. The best part of New England life is that it is a very long time before the snow melts." But Carter shouldn't fear a thaw. Imagine if he were to let some of his stiffness and reserve melt away, to let the mysterious and the literary mingle unashamedly together -- that's an integration devoutly to be wished for.