Tammy Faye Messner was such a genius at come-into-my-living-room TV that she spent even her final moments working the camera. 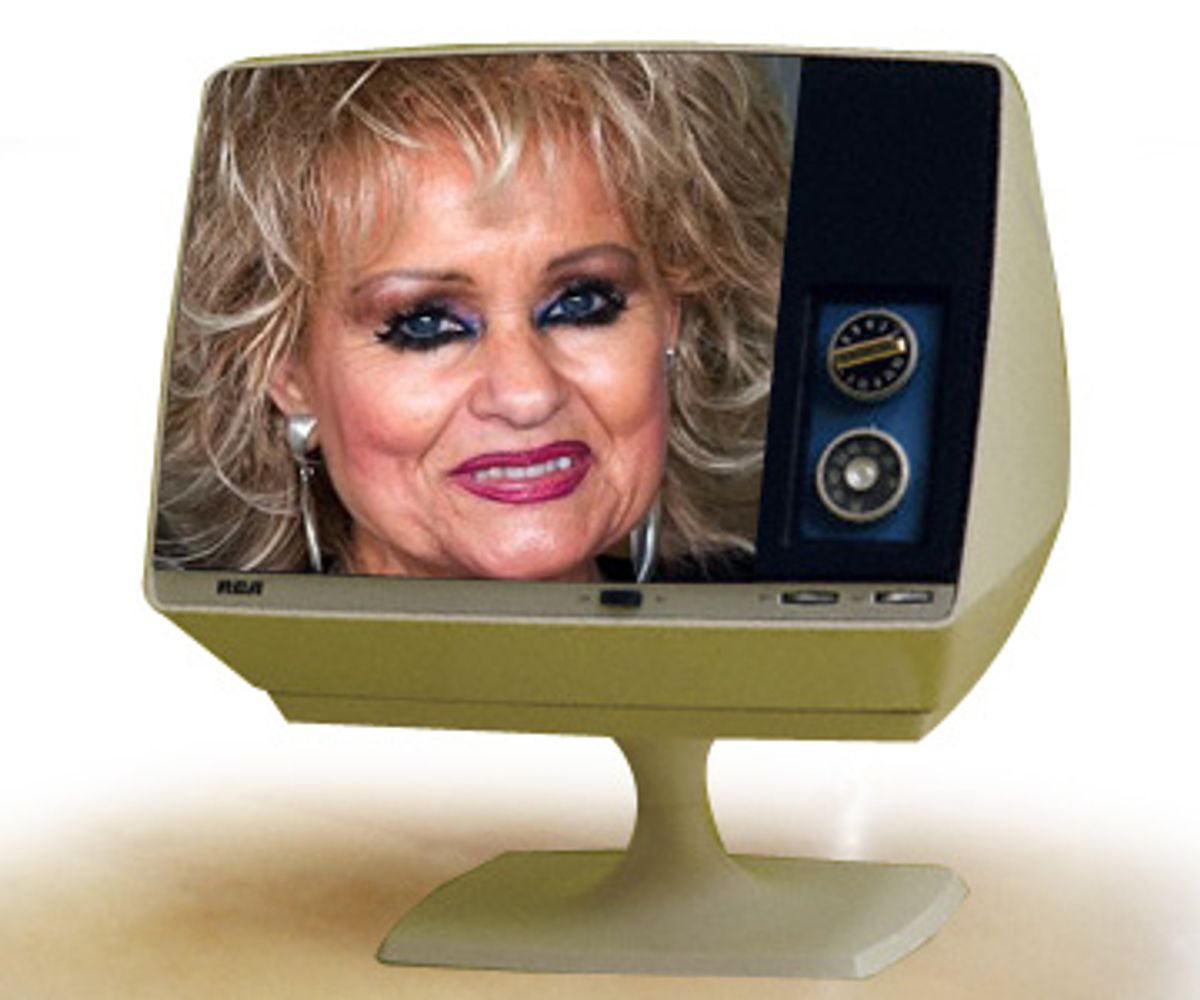 With Tammy Faye it was always about the eyes.

The very first thing Tammy did on the very first day of filming "The Eyes of Tammy Faye," the documentary we made about her, was show us her dead mother's glasses on her coffee table. She liked to keep them around, she said, to remind her how she saw things. And then, with the cameras rolling, she put them on.

In that moment we knew -- as did she -- that this would be the opening of our film. It was such an arresting, almost ghoulish thing to do, to put on your dead mother's glasses. Yet it reminded us that we all have different points of view because we are all looking through different lenses. And no matter how differently we see things, no matter how we may judge people accordingly, it's all temporary anyway.

In the opening of the movie "Crash," there's some mournful voice-over about how our lives are isolated by glass: car windscreens, television screens, computer screens. Rather than seeing this as a prescription for melancholy and loneliness, Tammy saw the screen as an opportunity to make a connection and determined to put herself in front of the eye of the camera.

Amazing really, because Tammy didn't have a lot to work with. She didn't have the genes of stardom. She grew up in Nowheresville, and Hollywood was definitely not calling. She was tiny. OK, so Hollywood could always forgive the vertically challenged as long as they had the eyes. But Tammy hardly had any eyes at all, just two tiny raisins bordered with some stumpy eyelashes.

Almost half a century before club kid and "Freak Show" author James St. James pronounced, "If you've got a hump back throw a little glitter on it, honey," she did just that; with false eyelashes glued on and mascara tattooed on, Tammy made her eyes pop. Years before Andy got around to it, Tammy painted her face like Warhol's Marilyn, and the impact was no less memorable. She gave herself a pair of abstract sunglasses that would make Elton John blush, putting bold quotation marks around the most powerful weapons she had.

It was a look that was perfect for television, an emergent trashy medium that no one really respected back then. "I still am big -- it's the pictures that got small," Gloria Swanson moaned at the end of "Sunset Boulevard." What spelled disaster for the dinosaurs of Hollywood was good news for tiny Tammy, who -- along with her sweetheart husband, Jim Bakker -- hijacked the medium of television in its infancy.

They pioneered the kind of come-into-our-living-room cozy casting that has become the staple of morning TV. And together they spoke the language of television so fluently, so effortlessly and so incessantly that suddenly they had a hugely successful ministry on their hands.

The televangelism thing gets a lot of people worked up: Poor widows sending in money they can't afford to spend in return for ... what? The fact is that television has always been a completely commercial medium, and anyone who thinks there is a safe divide -- or any divide at all -- between commercials and content needs his or her head examined. This actually makes home shopping and televangelism the purest and most honest forms of the medium: They just want your money.

But Jim and Tammy were happy to give something in return. While most televangelists used divisiveness and fear as their pitch (if you don't send money now you'll burn in hell and be overrun by commies and fags), Jim and Tammy made it all seem like one big house party. And it wasn't just a hypocritical construct limited to the television studio. They extended the experience by building around the studio an actual theme park and holiday camp. Instead of burning in the fires of hell, you could take a ride down the water flume. And everyone was welcome -- even the commies and the gays -- to come on down. People flocked in droves. Do not underestimate how revolutionary this "come one, come all" approach was among Christian circles. It was heresy.

But it was such fun, and Jim and Tammy Faye lived the high life. Even if their supposed excesses seem a little paltry compared with those of today's rap stars and hedge fund hogs, the furs and gold-plated taps did not go unnoticed. This was the big '80s -- our first brush with bling, our first contact with cashmere as the fabric of our lives -- so there was a need for expiation, for a scapegoat. Wall Street found its righteous zealot in Rudolph Giuliani, who puffed an insider-trading scandal into an overblown crusade to build his political career. And the Christian community had Jerry Falwell, who cunningly managed to steal Jim and Tammy's ministry right out from under their noses. In the end Jim and Tammy lost everything. Jim went to prison on fraud and conspiracy charges and Tammy went into exile in the desert.

But all that is really just a sideshow when it comes to understanding Tammy Faye's legacy. She loved to touch people and, in the age of mass media, she knew that the best way to do that was through the lens of a camera.

In "The Jim J. and Tammy Faye Show" (a sadly short-lived syndicated show), "The Eyes of Tammy Faye," "The Surreal Life," "Tammy Faye: Death Defying" (a film Tammy asked us to make in 2005 documenting her battle with cancer that aired on We) and "One Punk Under God" (the TV series we produced about Tammy Faye's son, Jay), she continued to speak the language of television with a virtuosity that was quite simply pure genius.

Heroically, she kept on doing it right up until hours before her death. Even with a face ravaged by cancer, she called Larry King and asked him to interview her. She looked dreadful. But she still had the eyes, not because the lashes were super-glued and the mascara tattooed, but because she always knew it was all about the eyes. And she knew -- as we all should know by now -- that the most important eye of all is the eye of the camera lens.

Sundance Channel will air a marathon of "One Punk Under God" on Thursday, July 26.