A sneak peek at the new iMac?

Engadget gets snapshots of a keyboard allegedly from Apple's new brushed-metal consumer machine. 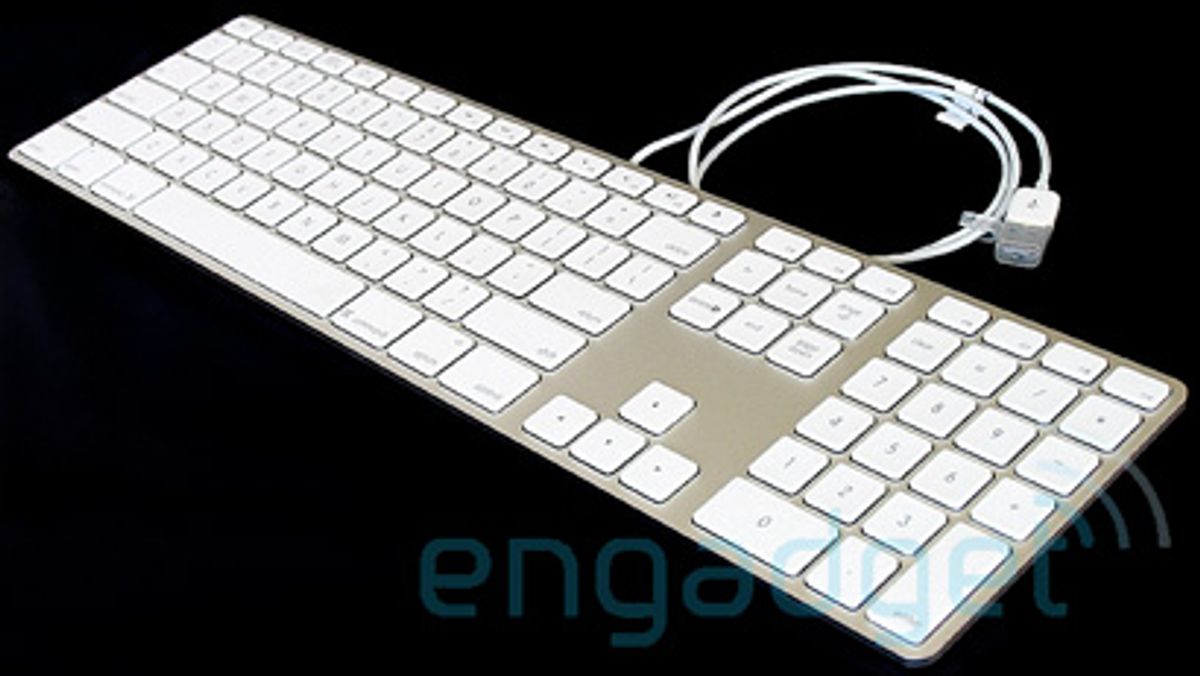 A tipster sends Engadget some realistic-looking pictures of what's alleged to be Apple's next iMac's keyboard. For months now, the Apple rumor-mill has pushed news that the company would soon release a brushed-metal version of the iMac, its home desktop machine, which is currently decked out in white plastic.

This new keyboard certainly is brushed metal, and it's got the inset keys found in Apple's notebooks. Looks snazzy. Another thing Engadget points out: There's no Apple logo on the command button.