A White House plan to install a DOJ official with a lousy reputation on workers' rights to the powerful EEOC falters as Barack Obama and former DOJ employees protest. 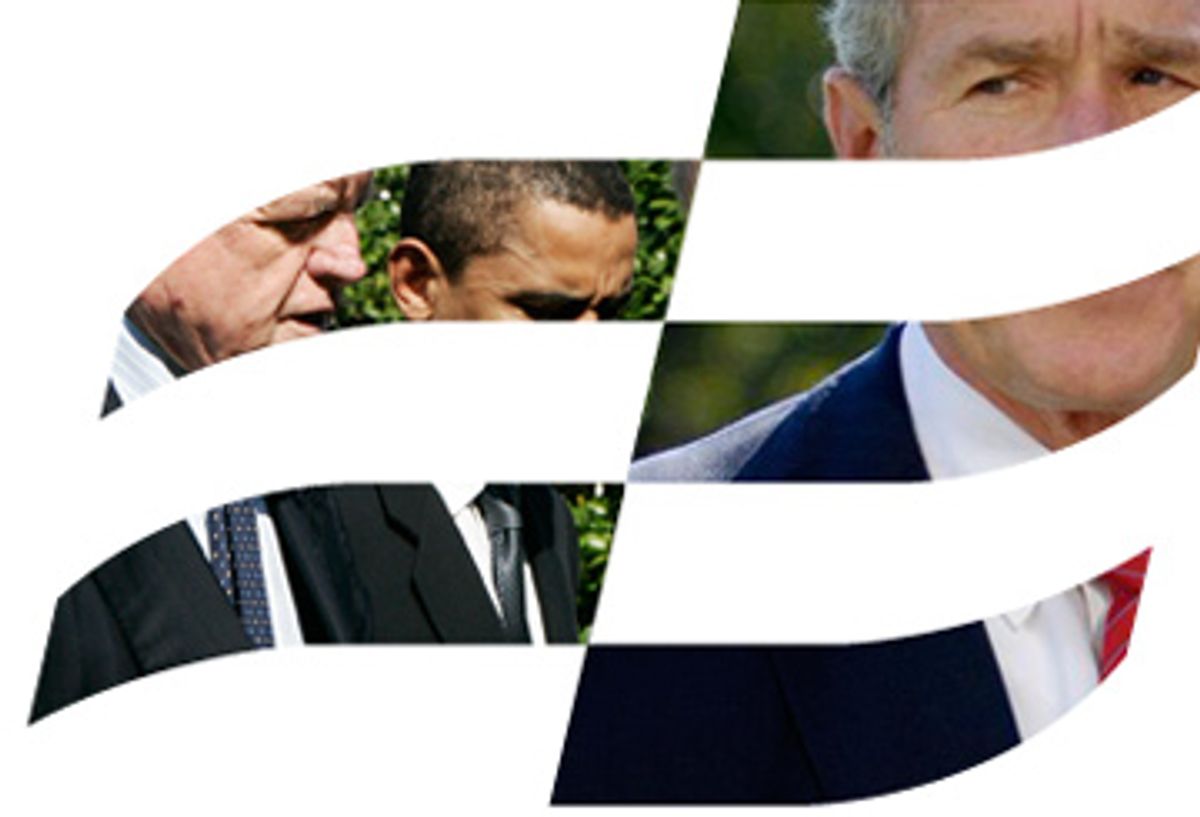 A deal that would see David Palmer, a Bush administration nominee, quietly confirmed to the powerful Equal Employment Opportunity Commission appears to be faltering. Momentum against Palmer's confirmation has been building since former Department of Justice employees took the unprecedented step of formally accusing him of having an abysmal professional and personal record on workplace discrimination issues.

And Thursday, in a letter to Sen. Ted Kennedy, Sen. Barack Obama joined the chorus of those calling for an investigation into Palmer's fitness to serve on the EEOC, the agency tasked with protecting employees from discrimination based on race, gender and religion under the Title VII of the Civil Rights Act of 1964.

Kennedy, chair of the Health, Education, Labor and Pensions (HELP) Committee, on which Obama and Sens. Hillary Clinton and Christopher Dodd also sit, is under pressure to investigate the charges against Palmer rather than accept a deal from the White House that would guarantee the renomination of respected Democratic commissioner Stuart J. Ishimaru to the EEOC in exchange for Palmer's confirmation.

Although opposition to Palmer has been growing, some civil rights groups have kept conspicuously quiet about Palmer's record, fearing the loss of Ishimaru, whose term expired earlier this month. The White House has declared its intention to renominate Ishimaru once Palmer is confirmed. In the event that Palmer isn't confirmed, however, the White House has said it would put Palmer on the commission via a recess appointment.

The EEOC is overseen by a commission made up of five members who serve staggered five-year terms; they set equal employment opportunity policy and direct the agency's litigation. No more than three commissioners can be from the same political party.

Kennedy is not expected to decide on whether to challenge Palmer's nomination until Palmer provides the HELP committee with written answers to questions regarding the allegations against him. His responses were scheduled to arrive Friday and are now expected on Monday.

At issue is Palmer's tenure at the Employee Litigation Section of the DOJ's Civil Rights Division -- the agency that enforces Title VII in state and local government workplaces. According to a three-page letter opposing Palmer's nomination signed by Palmer's former supervisors, colleagues and subordinates at the DOJ, the section has brought significantly fewer discrimination cases under his leadership than the prior administration and has ignored its historical mission.

The letter states that Palmer lacks a "commitment to the fair, yet vigorous, enforcement of anti-discrimination in employment statutes; the expertise to enforce those laws; and the exercise of reasoned and sound judgment."

The letter alleges that while Palmer worked in the section as a senior trial attorney, before the Bush administration rapidly promoted him to section chief, "he did not understand the basic principles of Title VII and constitutional law." Palmer was also reprimanded for his work performance at this time. According to a supervisor familiar with the reprimand, Palmer had failed to respond to an opposing counsel's discovery requests, and sanctions had been threatened.

Most disturbingly, the letter claims that at least one internal complaint of discrimination or other improper activity has been filed against Palmer during his tenure as section chief; Salon has learned that the complaint arose after Palmer allegedly tried to have a woman with whom he had been romantically involved removed from federal service. In testimony Palmer has already given to the HELP committee, he himself indicated the existence of a second complaint, the details of which remain unknown.

According to the former deputy section chief, Richard Ugelow, who worked in the section from 1973 to 2002, prior to Palmer no manager in the history of the agency charged with investigating claims of employment discrimination has ever been charged with engaging in discrimination himself.

The letter also accuses Palmer of the sorts of behaviors that have been widely reported across the Civil Rights Division in the Bush administration: acting with partisan motives, treating subordinates with contempt, and overseeing a mass departure of managers, line attorneys and other professional staff.

Under Palmer, the Employment Litigation Section has filed fewer cases that fulfill its core mission, namely securing the rights of vulnerable protected groups. Conversely, under his tenure the section filed two reverse-discrimination lawsuits and focused on defending the rights of employers to discriminate based on religion.

During this time the Department of Justice also filed an amicus brief in a Supreme Court case that repudiated the EEOC's position that each paycheck that pays a woman less than a similarly situated man because she is a woman is an act of discrimination that violates Title VII. In a narrow 5-4 ruling, the court sided with the department; in a dissent, Justice Ruth Ginsburg argued that such an interpretation ignores Title VII's core purposes and ignores workplace reality.

And last year the DOJ filed an amicus brief in a case with the Supreme Court that undermined a well-established EEOC position that bars retaliation against those individuals who have asserted their Title VII rights in reporting discrimination, filing a complaint, participating in an investigation, or testifying at a proceeding. In that ruling, eight Justices ultimately rejected the department's argument as inconsistent with both the plain language of Title VII and its underlying purposes.

ACLU legislative counsel Christopher Anders points out that although the Senate HELP committee has known about the politicization of the Civil Rights Division, the revelations about Palmer's involvement in the division's actions as well as the allegations that he might himself have been involved in discriminatory practices are causing some members to take a closer look at him.

Anders sees some parallels between Palmer and another former EEOC commissioner and chair -- Clarence Thomas. In Thomas' case, however, Anders says it was only long after Thomas left the EEOC that the nation learned of Thomas' personal misconduct. (The White House has indicated that once Palmer is confirmed to the EEOC, it intends to make him the new chair.)

"The difference now," says Anders, "is we know, senators know, civil rights groups know all these things at the nomination stage."

Regarding the alternative of losing Ishimaru if Palmer is not confirmed -- and noting that the White House will place Palmer on the commission with a recess appointment anyway -- Anders says: "Anyone who receives a recess appointment after a controversy holds that position for a shorter position of time and without the moral authority of a Senate confirmation. So Palmer would serve his term at the EEOC as damaged goods, and Kennedy could use other means to see [Ishimaru] renominated."

Alia Malek is an assistant editor at the Columbia Journalism Review and a writer in New York City.