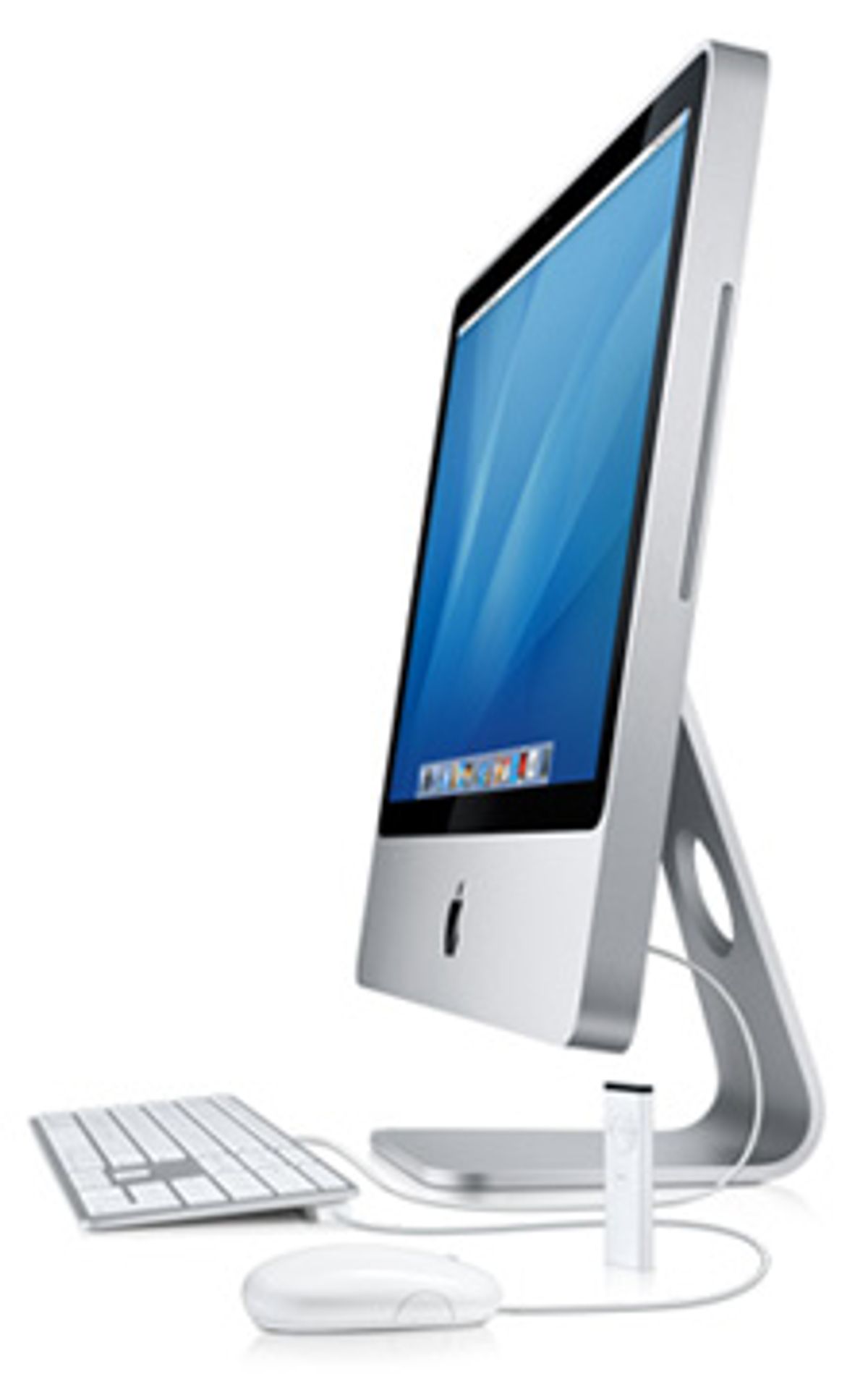 If you've never been to Cupertino, Calif., don't. A sunny suburban wonderland of wide boulevards and well-groomed, well-heeled folks, the town's nice enough, if you're into that sort of thing -- but remarkable or memorable it is not, and one strains to imagine anything special coming out of here. This is wrong, of course. Heading south from San Francisco, you pull off Highway 280 onto De Anza Blvd., hang a left on Mariana Ave. and another on Infinite Loop Drive, and you come to Apple Inc.'s HQ. Just inside Building 4 is a space the company calls Town Hall. Chief executive Steve Jobs held a low-key event for the media here this morning; it was the sort of thing that reminds you why Cupertino's on the map.

This was a Mac event. Jobs' biggest news concerned a redesign of the iMac, the company's all-in-one desktop computer system -- now the machine will be clad in aluminum rather than iPod-white plastic. Its screen is also made of scratch-resistant glass that Apple has coated for an extra glossy shine.

The effect is beautiful; when you get up close to it the system looks something like a grown-up iPhone, more sophisticated and elegant than the previous design. Apple set up several hands-on units for us gadget-hungry reporters to play with, and what I liked best was the curvy, compact wireless keyboard that you can buy as an add-on for your iMac. The keyboard, also in brushed-aluminum, and with inset keys like those Apple first put out in its notebooks, is small enough, Jobs pointed out, to bandy it about on your lap or your knees as you stretch back away from your screen.

The brushed-metal iMacs, nice as they look, didn't surprise anyone, mind you. Rumors of a coming iMac redesign had in recent months attained the status of truth; we knew that new models would come, we just didn't know when. (Snapshots of the keyboard had even leaked online.)

What was a surprise was the thorough changes the company has made to one of the iMac's signature software applications, the iLife suite of digital media programs. Jobs was especially excited about iMovie, which has been remade from the ground up.

An Apple employee whom Jobs identified as "one of our most brilliant video engineers" took a vacation recently to the Caribbean and, when he came back, tried to make a movie of his trip in a half-hour. "He couldn't do it," Jobs said. The old iMovie -- not to mention Final Cut Pro, the company's professional video-editing program -- just didn't have the tools to do a good movie so fast. So the fellow created his own program. "We were so blown away that we decided to use it," Jobs said.

The new iMovie has a fresher interface and a few smart tools to more quickly pick through digital clips. The program now includes a library that keeps track of all of your Mac's video clips, in much the same way iTunes houses all your songs and iPhoto keeps your pictures.

Another brilliant feature called "skimming" -- "We've applied for patents on it," Jobs said -- lets you scan through a video clip much faster than was possible before. Say you've got a 10-second clip of a birthday party, but you only want a 2-second section of it for your film. On most movie-editing programs, you've got to play the clip (in real time) to find the bit you want. In the new iMovie, the clip is represented by a thumbnail picture of the first bit of it. You can find the section you want in faster than real time just by dragging your mouse horizontally across the thumbnail -- as you do so, the picture is updated to match where you are in the clip. Another click selects the section within the thumbnail, which you can then drag into your movie in much the same way you'd move text in a word processor. (See a visual demonstration of this trick here.)

The company has also updated its .Mac Web service to more tightly fit with iLife. For $99 a year, you now get 10 GB of online storage space (rather than 1 GB), and there's a sharp new Web gallery that syncs with iPhoto and iMovie. iMovie also includes one-button uploading to YouTube.

I understand this column's a bit gushing; my e-mail pal Jack Shafer, the Slate press critic who's long lambasted us tech writers for hanging on Apple's every word, is sure to call me a card-carrying member of the cult after this.

But honestly, the iMac looks, now, like the best home machine you can buy. There's nothing else so pretty and so functional for the price. I'll soon have a more thorough review of the system and its apps, but for now, let me leave you with Jobs' answer to a question from one of the reporters here. Someone asked if Apple wants to merely attract a small group of elite users -- or does it intend to take aim at the masses, to crack into the PC's market share?

Apple's goal, said Jobs, is to make the best PCs in the world. The company could make cheaper machines that did less and didn't look as good. "But there is some stuff in our industry that we wouldn't be proud to ship," he said. "We can't ship junk."

For less money, you could buy junk; but for not very much more, you can, now, buy a stellar machine.