"Baby Einstein" will turn your kid into anything but 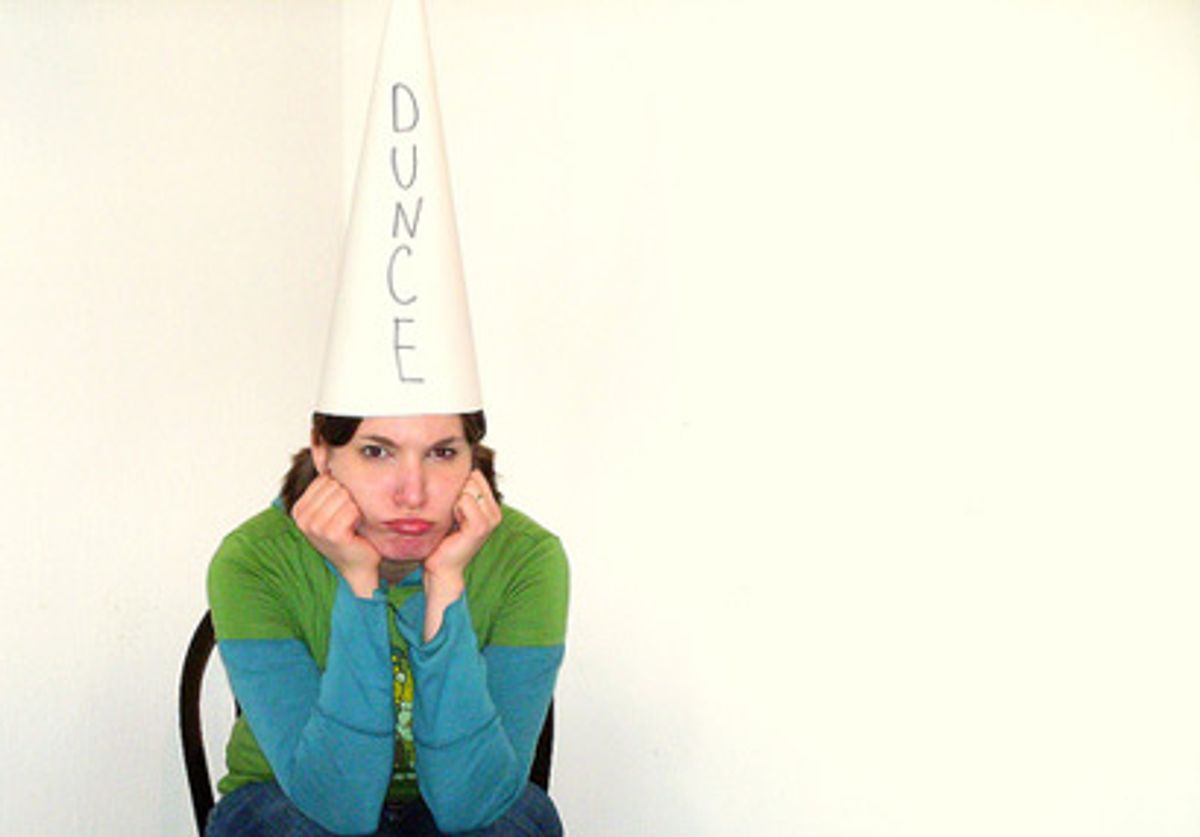 The market for baby-brain DVDs -- titles like "Baby Einstein," "Brainy Baby" and others that make up what's been called the Baby Genius Edutainment Complex -- is huge: striving parents spend hundreds of millions every year on videos that are marketed as giving tots a leg up in the IQ wars that are sure to dominate tomorrow's robot-led wasteland. And hey, why shouldn't parents believe the promise that these DVDs are HGH for the mind? After all, even President Bush recommends them, going so far as to honor Baby Einstein founder Julie Aigner-Clark at a State of the Union address.

But new research shows that Baby Einstein might better be named Baby Paul Shore. Babies who watch the videos are less verbally proficient than those who do not; researchers found that for every hour that an infant between 8 to 16 months old spends watching a brain DVD, he understands, on average, 6 to 8 fewer words than a kid who didn't do Einstein.

Pediatrician Frederick Zimmerman and his colleagues at the University of Washington discovered the discrepancy through a telephone survey. They called up a thousand parents and asked them to ask their kids a list of common words -- things like "truck," "cookie" -- and to note which ones the infants understood. The baby DVDs seemed to have no effect on the vocabularies of older kids -- toddlers over 17 months. But younger tykes just couldn't place as many words as their non-DVD-addled fellows. The researchers controlled for all other likely factors -- such as the parents' education -- showing the finding was correlated closely with DVD-watching.

The researchers are careful to note that their study doesn't prove that the DVDs are the cause of reduced infant vocabularies; it could be that parents who are buying such DVDs are doing so because their own verbal skills aren't strong, and that this weakness is being reflected in the kids' confusion over words like "cookie."

But Zimmerman tells Newsweek that it's possible that DVDs are causing the verbal slippage. "It might be that the baby videos are just displacing time that the child would otherwise spend with a parent or another adult caregiver, or even with an older sibling -- all of whom can help the child develop language by interacting with them," he says. "That interaction could be reading books, or telling stories or just getting down on the floor and playing."

Zimmerman also cautions that much of the hype surrounding these DVDs is just that -- marketing puffery. "You can produce a video in your basement and tell people that anyone who watches it will definitely turn into Mozart -- and no one will stop you from saying that," he tells Newsweek. "And those claims are effective. At the population level, about a third of parents have bought into those claims. So parents should just realize that people are making a lot of money off this."

The study is published in the Journal of Pediatrics. Also see The New Scientist's coverage.