The iPhone is no longer cool

Karl Rove has one. 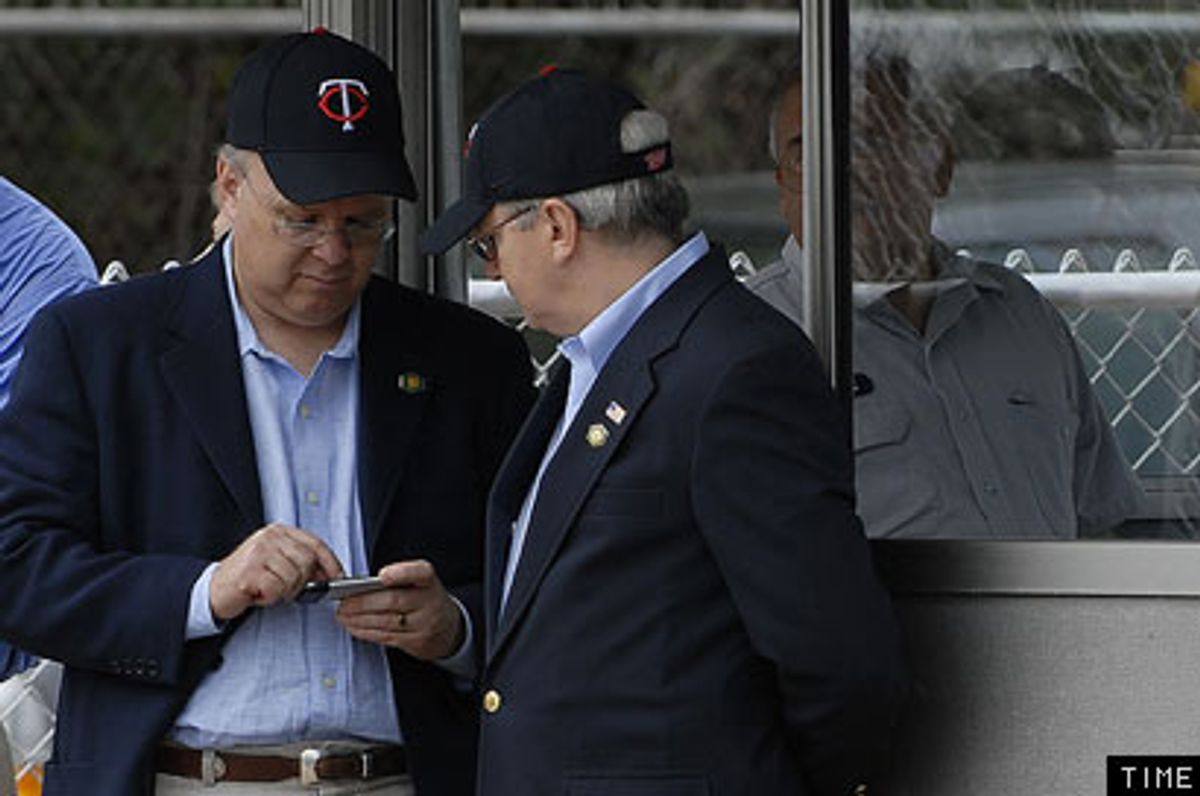 No surprise here, I guess. Folks in the White House are known to swing Apple's way -- both the POTUS and VPOTUS have iPods; Bush's is (illegally) loaded with songs he got from his media strategist Mark McKinnon.

On double super-secret background, a White House insider who asked me to refer to him as a "former Capitol Hill staffer" let slip that Rove is most disappointed in the device's lack of 3G networking -- the EDGE network makes him wait 10, sometimes 20 seconds when sending out orders to fire a crop of U.S. attorneys.