Plamegate, the U.S. attorneys scandal and Democrats as terrorist sympathizers. 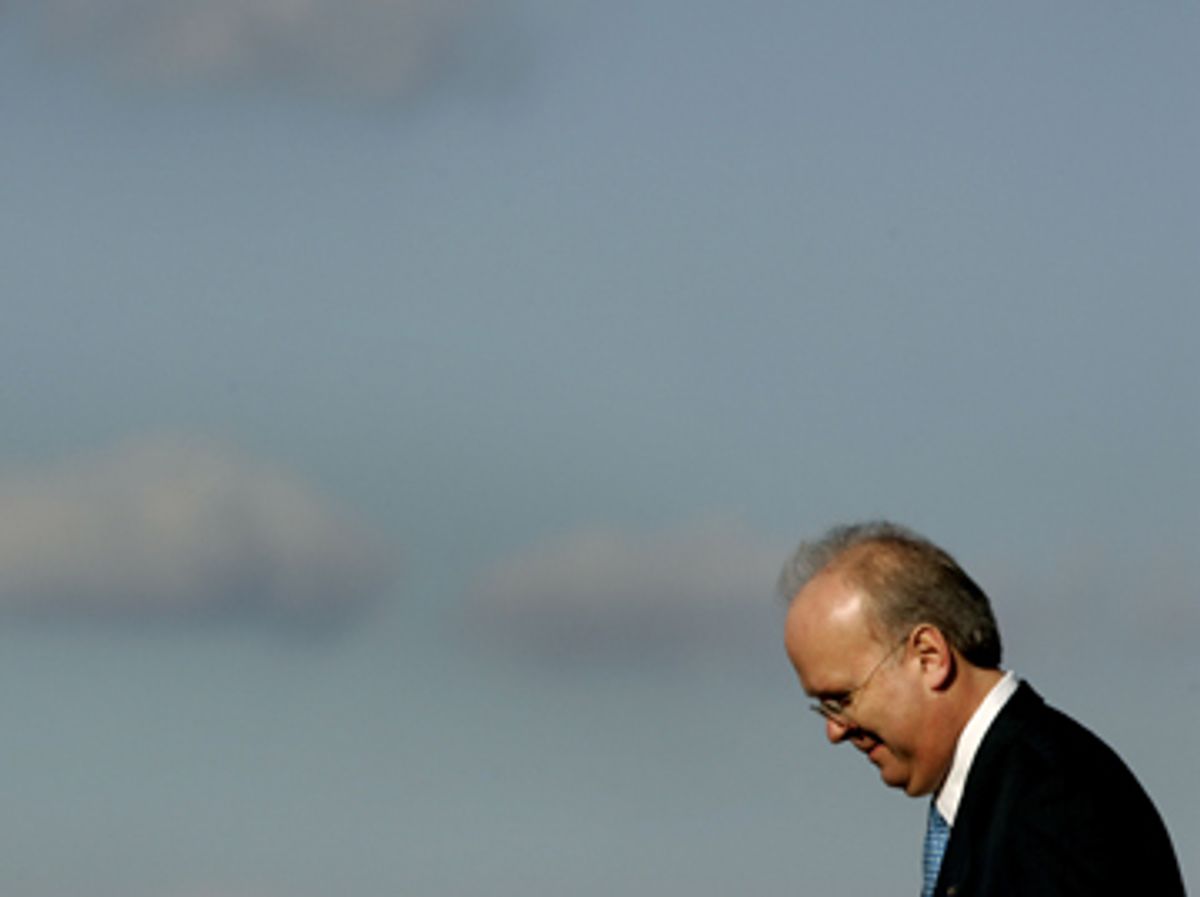 We could spend days reminiscing about the role Karl Rove has played in our politics over the past decade or so -- the whisper campaigns against Ann Richards in Texas and John McCain in South Carolina, the fight over Florida in 2000, the demonization of John Kerry in 2004, the "thumpin'" Rove and his boss and their party took in 2006 -- and we'll be looking forward to what Rove himself has to say about all of it when he sits down to write his book after leaving the White House this month.

In the meantime, here are a few memories that spring right to mind:

The outing of Valerie Plame: Rove leaked the identity of CIA operative Valerie Plame to Robert Novak and to Matthew Cooper in the summer of 2003. For as long as it could -- or as long as it needed to -- the White House adamantly denied that Rove was involved in Plame's outing. White House press secretary Scott McClellan said in September 2003 that "the president knows" that Rove wasn't involved and that it was "ridiculous" to suggest that he was. In October 2003, McClellan said he had spoken with Rove and Scooter Libby and that they had "assured" him that they were "not involved in this." Rove himself was cagey: "I didn't know her name. I didn't leak her name," he told ABC early on, a formulation he repeated for Larry King at the Republican National Convention in August 2004. Only after Bush was reelected in 2004 did we learn the truth: Rove had, in fact, been "involved." And while he may not have leaked Plame's "name," he confirmed for both Novak and Cooper that ambassador Joseph Wilson's wife worked for the CIA. Asked about the revelation that Rove had, in fact, been involved, Bush said in June 2006: "I trust Karl Rove."

Karl Rove and Patrick Fitzgerald: When Rove first sat down with FBI agents investigating Plame's outing, he somehow forgot to mention that he had revealed Plame's identity to Matthew Cooper. He somehow forgot to mention it a second time when he first testified before Patrick Fitzgerald's grand jury. Four visits to the grand jury room later, Rove somehow managed to avoid the perjury, false statement and obstruction of justice charges Scooter Libby ultimately faced. In his opening statement at Libby's trial, Libby defense attorney Ted Wells argued that the White House had tried to make Libby take the fall for outing Plame because Rove "had to be protected." After Libby was convicted, a puzzled juror asked, "What are we doing with this guy here? Where's Rove?"

Rove and the U.S. attorneys purge: We don't know the extent of Rove's role in the decision to fire a slew of U.S. attorneys last year, in part because the president has used claims of executive privilege to block those who do know -- including Rove -- from responding to congressional subpoenas, in part because the Republican National Committee hasn't turned over e-mail messages Rove sent via a private RNC account, and in part because Rove reportedly continued to delete such e-mails even after he was told not to. Among the things we do know: White House press secretary Tony Snow said the notion of firing all 93 U.S. attorneys had been Harriet Miers' idea and "her idea only." Confronted on March 15, 2007, with an e-mail message suggesting that Rove had advocated the idea, Snow said that Rove had actually opposed the idea. One day later, Snow retreated completely: "It has been described as [Miers'] idea," he said, "but I don't want to try to vouch for origination. At this juncture, people have hazy memories."

Rove and Jack Abramoff: Rove has claimed that convicted GOP lobbyist Jack Abramoff was just a "casual acquaintance." The House Committee on Oversight and Government Reform subsequently identified 82 contacts between Abramoff's team and Rove's office, including a series of communications in which Abramoff set Rove up with tickets to watch the NCAA basketball tournament from his skybox at what was then known as the MCI Center in Washington.

Rove and terrorism: In June 2005, Rove did publicly what he'd so often accomplished more privately: He painted Democrats as terrorist sympathizers. "Conservatives saw the savagery of 9/11 in the attacks and prepared for war," Rove said in a speech in Manhattan. "Liberals saw the savagery of the 9/11 attacks and wanted to prepare indictments and offer therapy and understanding for our attackers." Rove -- whose boss, at this point, has sent 3,689 U.S. soldiers to their deaths in Iraq -- argued that comments Sen. Dick Durbin had just made about Guantánamo Bay were "putting our troops in greater danger," then added: "No more needs to be said about the motives of liberals."

Rove and the long view of history: Earlier this year, Rove told the Washington Post that the disaster called Iraq notwithstanding, the "Bush doctrine" of preemptive war will go down as the president's biggest legacy. "It has a logic of force and nature and reality that will cause people to examine it, adjust it, test it, resist it -- but ultimately embrace it."

Rove and his own legacy: "I'm a myth," Rove says as he prepares to step down. "There's the 'Mark of Rove.' I read about some of the things I'm supposed to have done, and I have to try not to laugh."