Rove, Bush and "the next journey"

At the White House, an emotional farewell -- for now. 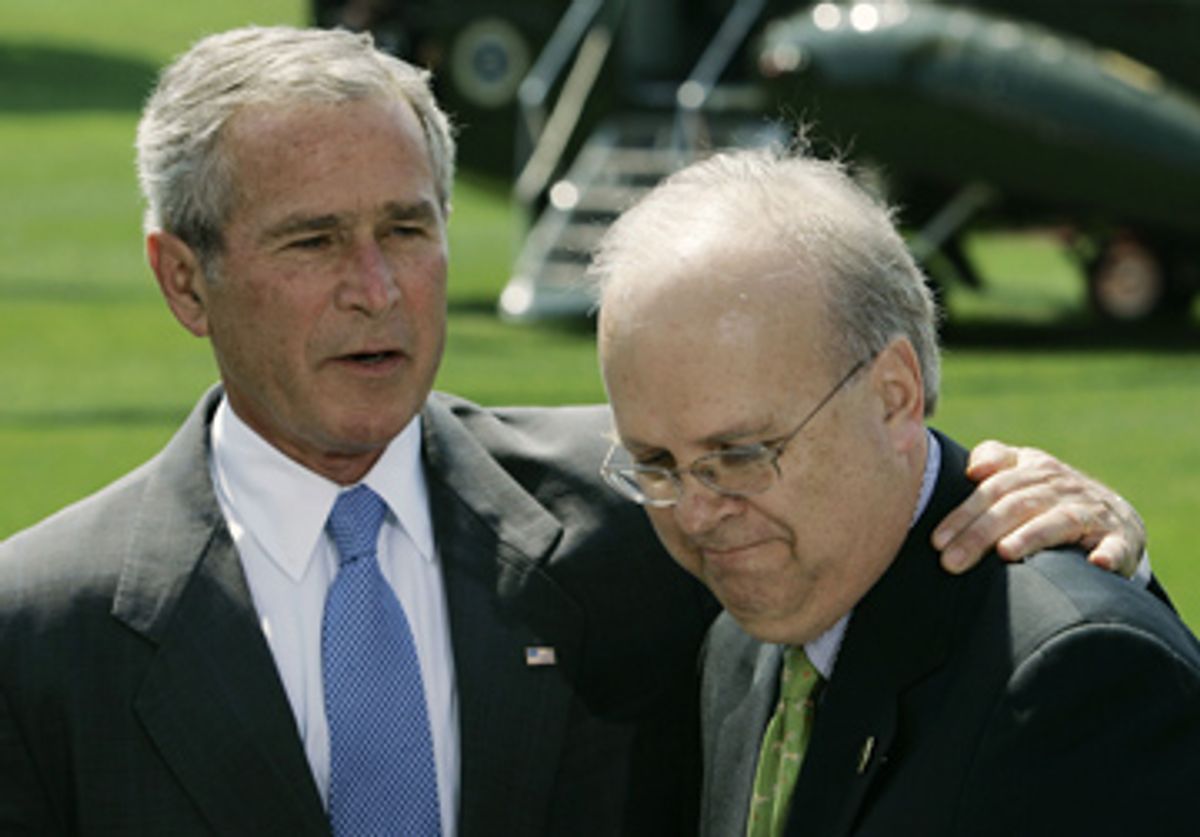 In an emotional send-off for the man who made him possible, George W. Bush just vowed to keep in touch with outgoing Deputy Chief of Staff Karl Rove. "We've been friends for a long time and we're still going to be friends," Bush said in a joint appearance with Rove on the White House lawn. "I would call Karl Rove a dear friend. We've known each other as youngsters, interested in serving our state. We worked together so we could be in a position to serve this country. And so I thank my friend."

The president noted that he'd be "on the road behind" Rove "in a bit."

For his part, a choked-up Rove called the years he has spent working with Bush "the joy and honor of a lifetime." "Mr. President, the world has turned many times since our journey began," Rove said. "We've been at this a long time. It's over 14 years ago that you began your run for governor and over 10 years ago that we started thinking and planning about a possible run for the presidency. And it's been an exhilarating and eventful time. Through it all, you've remained the same man. Your integrity, character and decency have remained unchanged and inspiring."

Cryptically -- was he talking about life on the outside or just life after death? -- Rove told Bush: "I look forward to continuing our friendship of 34 years, to being your fierce and committed advocate on the outside, and to the next journey we might make together."