Colbert and Stewart are called to testify in the YouTube suit 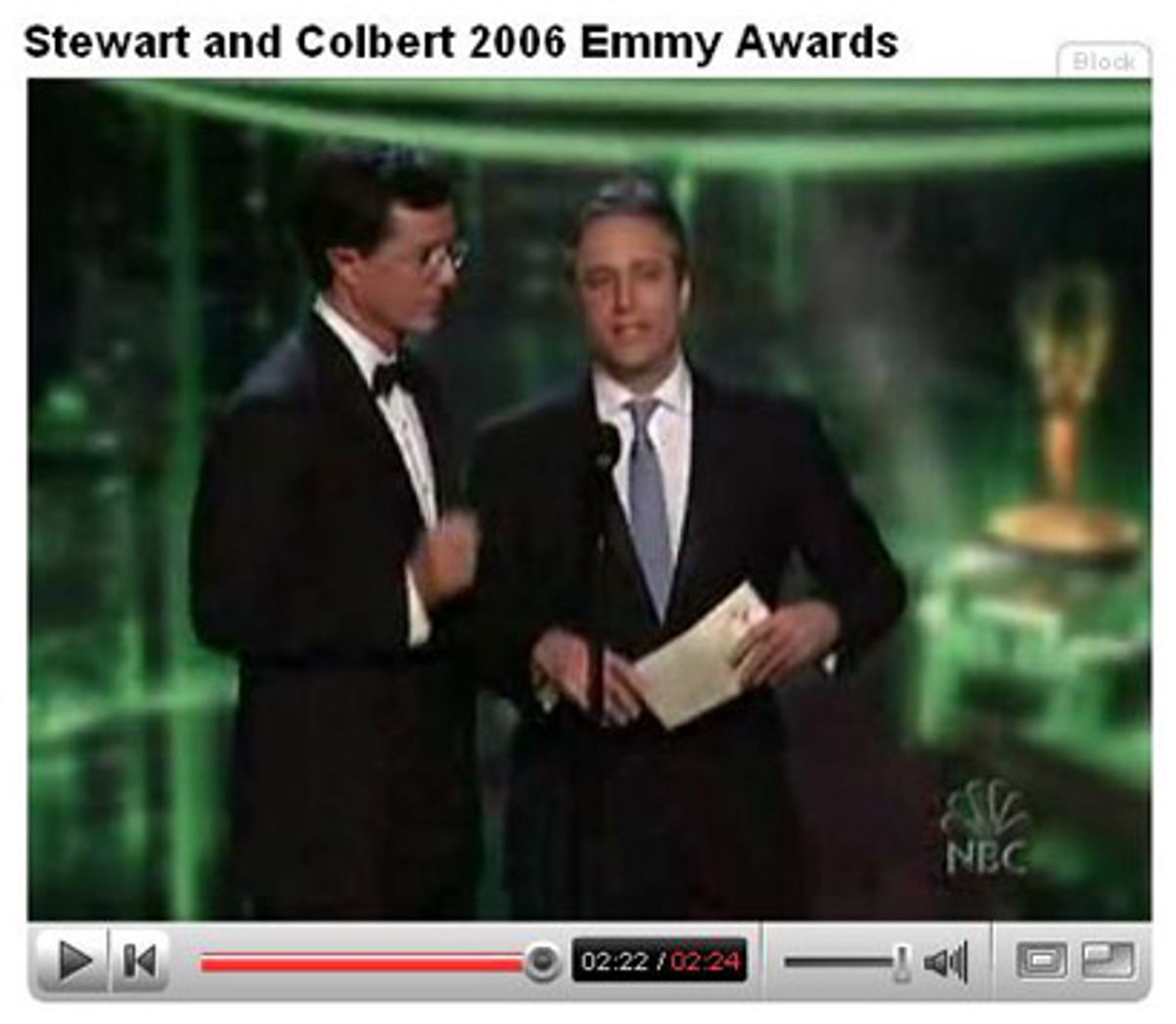 Stephen Colbert is on notice. So too is Jon Stewart. In the legal fight between Viacom -- the two comedians' corporate overlord -- and Google, each may be deposed as to their whereabouts and motives during what Viacom alleges was the crime of the century, the "piracy" and distribution of thousands of its videos (including clips from popular Comedy Central shows) on Google's YouTube.

CNet reports that the comedians' names were found on a list of a few dozen people Google told a New York federal judge should submit to depositions in the case. Google also wants to depose Viacom's execs, while Viacom wants to question Google founders Larry Page and Sergey Brin, as well as Steve Chen and Chad Hurley, the founders of YouTube.

Legal experts note that deposition lists don't necessarily survive courtroom proceedings; rivals often draw up high-profile lists in order to scare the other side away from trial, and the lists invariably get whittled down by judges.

It's my dear hope that Colbert and Stewart are forced to come forward, though. I'd like to see them explain, under oath, their thoughts about how online video sharing has affected their shows' popularity.

Stephen Colbert once hopped up in front of a green screen and flashed around a light saber to provide raw footage for his fans to make a viral video -- I understand that Colbert's a comedian and the stunt was a joke, but clearly Colbert understands that his audience is hip to YouTube. I'd like to see him say so despite his corporate bosses' feelings otherwise.

Stewart and Colbert humanize the trial. At the moment this is a fight between corporate giants over provisions of copyright law. But if these entertainers take part, millions of fans will pay attention -- and Viacom will be forced to consider whether prevailing in its interpretation of copyright law is worth angering them.