You wrote, we drank! Meet the winners of our first summer cocktail contest! 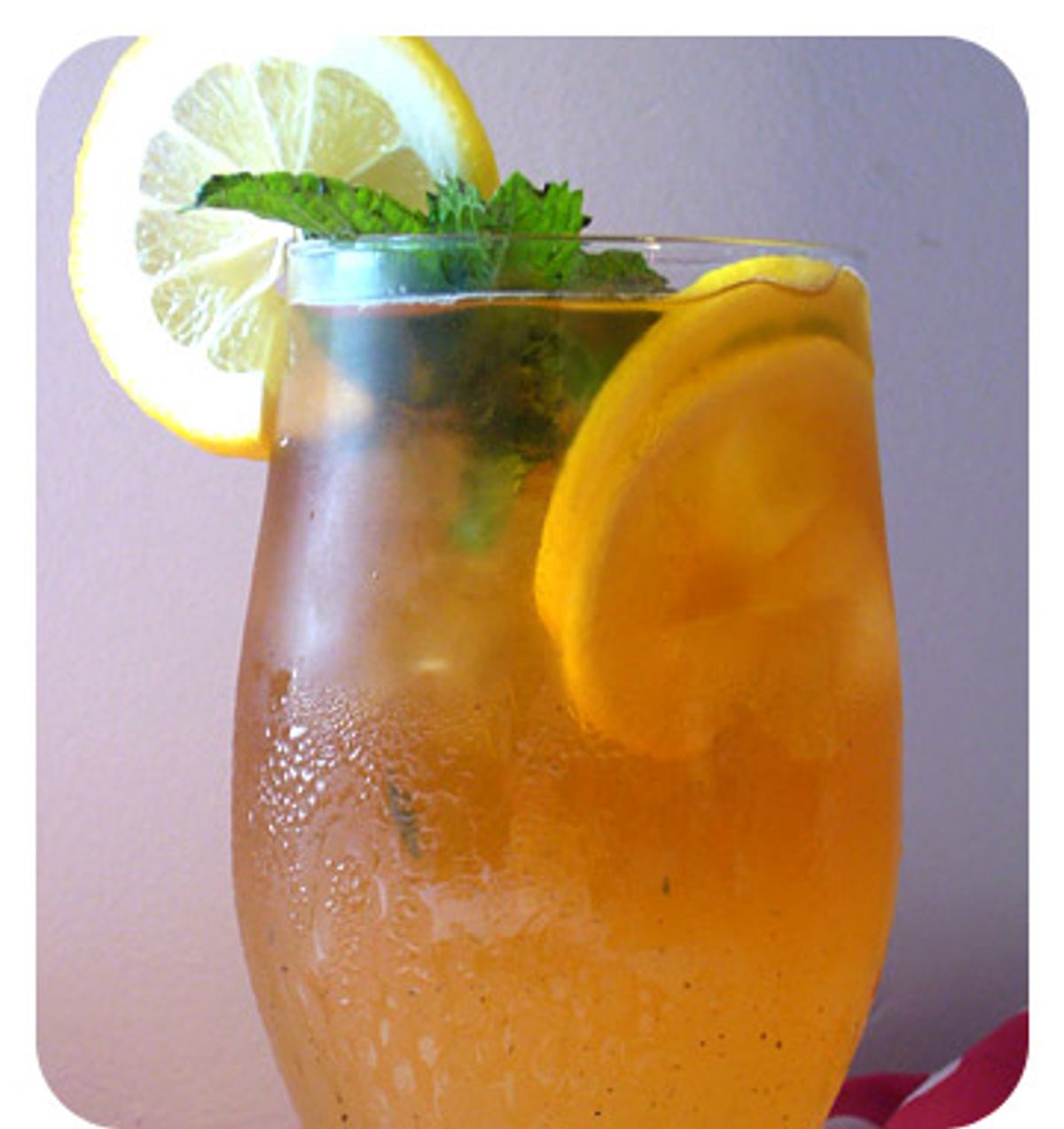 Put down that Budweiser and pour out that banana daiquiri -- you've got some sophisticated sippin' to do! Last week we challenged you, our readers, to send in recipes for your best summer libations for judgment, and you weren't shy. Before the close of cocktail hour Friday, Salon's in box was flooded with more than 140 entries. Culling through the candidates was a, ahem, tough job -- but thanks to a crack team of editors and cocktail experts, we finally narrowed the field to an elite group of finalists. Some drinks were hard to abandon ("Last Tang-o of Summer": The world needs more powdered "fruit" drink cocktails!). Others were ... not. (No more soy milk, please.)

By the time the last shot was poured, only five sophisticated, surprising -- and, most important -- thirst-quenching drinks were left standing. And so, without further ado, we bring you Salon's new summer classics. Enjoy -- because the gin and tonic may be timeless, but now it's got some stiff competition.

Submitted by: Lauren Clark & Misty Kalkofen, founding members of the Boston chapter of LUPEC (Ladies United for the Preservation of Endangered Cocktails)

Lauren & Misty write: "Take a green French liqueur and a movie in which Shirley MacLaine plays a Parisian prostitute dressed in bright green stockings -- and it adds up to a cocktail called the Irma la Douce. This drink highlights the herbal characteristics of Chartreuse while taking advantage of the fresh, summery flavors that are in abundance right now. Food pairings: fresh, young cheeses and fresh, seasonal, local fruit. Also, grilled vegetables and grilled fish. How many is too many? After two, one should proceed with caution. The powers of Chartreuse are strong -- the green is around 110 proof.

Shake all ingredients with ice and strain into a chilled cocktail glass. Garnish with a slice of cucumber!"

Corie writes: "In 1980 I had the pleasure of being the only female bartender on a staff of six at Many Glacier Hotel in Glacier Park, Mont. We were all recently out of college and greenhorns at fixing drinks at the beginning of the summer. After many embarrassing mistakes, we grew more adventurous and began creating our own drinks. Mine had no particular name and was ordered simply as 'Corie's Drink.' This fruity concoction goes best with something salty such as chips, nuts, pretzels or strong cheeses with crackers. Most people can handle only one on an empty stomach!

Pour the orange juice in a tall glass of ice. Add the rum and grenadine. Stir gently. Carefully float the Galliano on top. Add a thin slice of orange on the rim of the glass and maraschino cherries if desired. Do not drink with a straw!"

Tom writes: "One of my favorite restaurants in the chic Palermo Hollywood barrio of Buenos Aires is Olson, an Argentine stab at a Scandinavian theme. It features 40-plus different vodkas. This concoction is one of its best, in my opinion:

Place above ingredients in blender and process on high until smooth. Add one full tray of ice cubes and continue to process until smooth and slightly thick like a milkshake. Add more ice for a thicker consistency. Makes two drinkies. Watch out for brain freeze on the first sip; otherwise it's fantastic!"

Amanda writes: "My very favorite summer drink is a variation on the classic Pimm's cup as served by the Napoleon House in New Orleans, my adopted hometown. My friend Alice and I came up with this variation, which we call Pimm's Baby Blue, one July when we had extra blueberries lying around -- and I've been hooked ever since. It's a great brunch drink; we've paired it with crab quiche and a tropical fruit salad with a coconut milk vinaigrette. Another simple but great way to enjoy one is in the evening after work with a bowl of popcorn served with olive oil and salt, which I have done nearly every day this summer. You can drink at least two before you should proceed with caution.

Muddle the mint and blueberries in the bottom of a tall glass. Add ice nearly to the top of the glass, then pour in the Pimm's. Top with the lemon soda, and garnish with a cucumber slice. Add a straw to facilitate drinking while reclining on a hammock or sofa while reading a trashy novel."

Salon taster comments: "Perfect for an afternoon in the backyard," "simple but solid," "very classy" and "nice high flotsam content!"

And the grand-prize winner is... Emily writes: "The inspiration for this cocktail is traditional iced tea with lemon. The prep is a bit complicated, but so worth it:

To make Earl Grey-infused vodka: For a 750 ml bottle, steep 4 tea bags for four to five hours (or until it's brewed-tea color; don't let it sit too long, or it will get bitter and tannic).

To construct cocktail: Fill a tall glass with ice. Pour one to two parts vodka (depending on how strong you like it [Editor's note: Uh ... we used two]) over ice. Add two parts lemon soda as a mixer. (Folks who like their iced tea sweet may want to add a splash of simple syrup [Editor's note: We didn't]). Add a sprig of crushed mint and one or two thinly sliced rounds of lemon as a garnish. It looks lovely.

How many is too many? Well, how many shots of vodka can you handle? These taste like real iced tea and go down easy, so watch out."

Salon taster comments: "Unbelievable," "almost too much of a good thing," "nice spice to it," "cool and lemony and tangy," "great for everyday sipping" and "the best."