The geographical browser adds images of hundreds of millions of stars and galaxies. 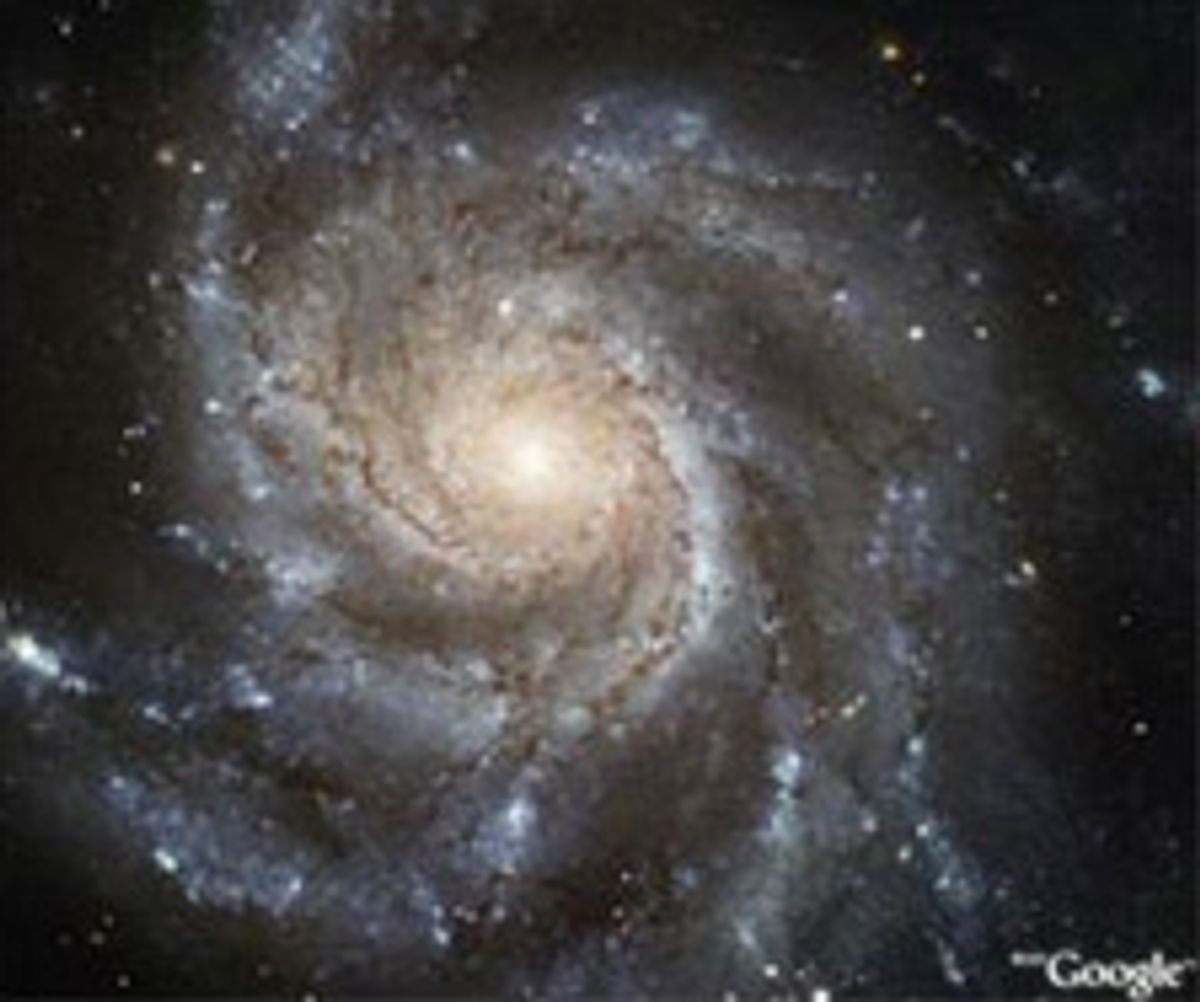 Google has added the heavens to its Earth. In the latest version of the company's geographical browsing software Google Earth, you'll find more than a million astronomical photographs stitched together to give you a deep picture of the sky.

The software will display diagrams of constellations, Hubble telescope pictures of the far reaches of the galaxy, and animated graphics of the planets and other bodies as they move in the sky. The sky portion of Google Earth is also, like the earth, fully searchable. Type in "pinwheel galaxy" and the software zooms you there -- or anywhere else among 100 million stars and 200 million galaxies.

Astronomers are delighted by the new feature; several tell the New York Times that it could get kids excited about astronomy.

Get Google Sky in the latest Google Earth.