Apple's legal department moves against sites that posted pictures depicting an iPod prototype. Does this mean the next iPod Nano will be fat? 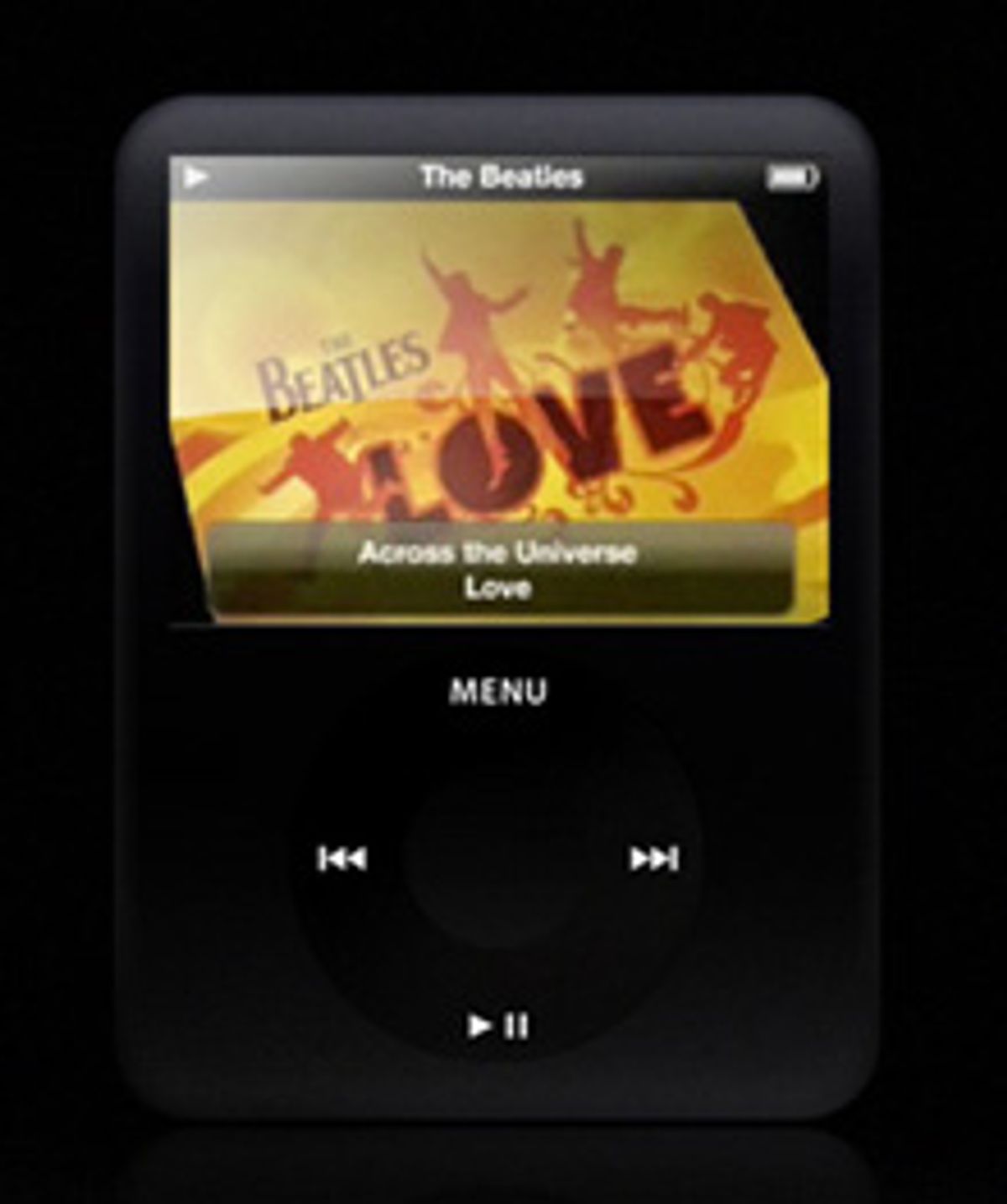 Yesterday the Apple rumor site 9to5mac posted a curious set of images of a device it claimed was the new iPod Nano. The pictures showed a more stout Nano than the present one -- outfitted with a wide screen on the top half, it looks a bit ... well, like the iPod that maybe gets a lot of compliments about how it has a great personality. Not such a looker, at least to go by a few spy shots, and you wished this was one of those numerous Apple rumors that remain that way.

But after Gizmodo picked up the news, Apple made a strange move -- its legal department asked both Gizmodo and 9to5mac to pull down the pictures, citing a violation of the company's intellectual property. Well then: "This pretty much confirms they belong to Apple, whether they are final or a prototype," Gizmodo's Jesus Diaz pointed out. Both sites complied, with Gizmodo putting up a pretty identical-looking Photoshop mock-up of the spy shots.

Apple's move is puzzling; though it has shown a taste for legal action against rumor sites, it has not recently moved in such a way to confirm rumors. When mock-ups of the iMac keyboard leaked a few months ago, the company didn't send out its legal department -- and when CEO Steve Jobs unveiled the computer, he even chuckled that "you may have seen pictures" of the keyboard on the Web.

My gut says this is a fake out: The pictures really are Apple's, but they don't represent the final design -- but Apple wants us to think so. Is that too wily? Hey, maybe it is. I wouldn't put any money on my guess. But Apple's nimble at managing expectations, and perhaps, when the pictures leaked, it saw an opportunity to play a little cat-and-mouse with those who would seek to unseal its secrets.

On the other hand, maybe the company is just a little miffed that people are calling its new toy ugly.