I realized I was addicted to gossiping, so I quit. But after four months, my friends think I'm a narcissistic bore -- and all I want to do is dish some dirt. 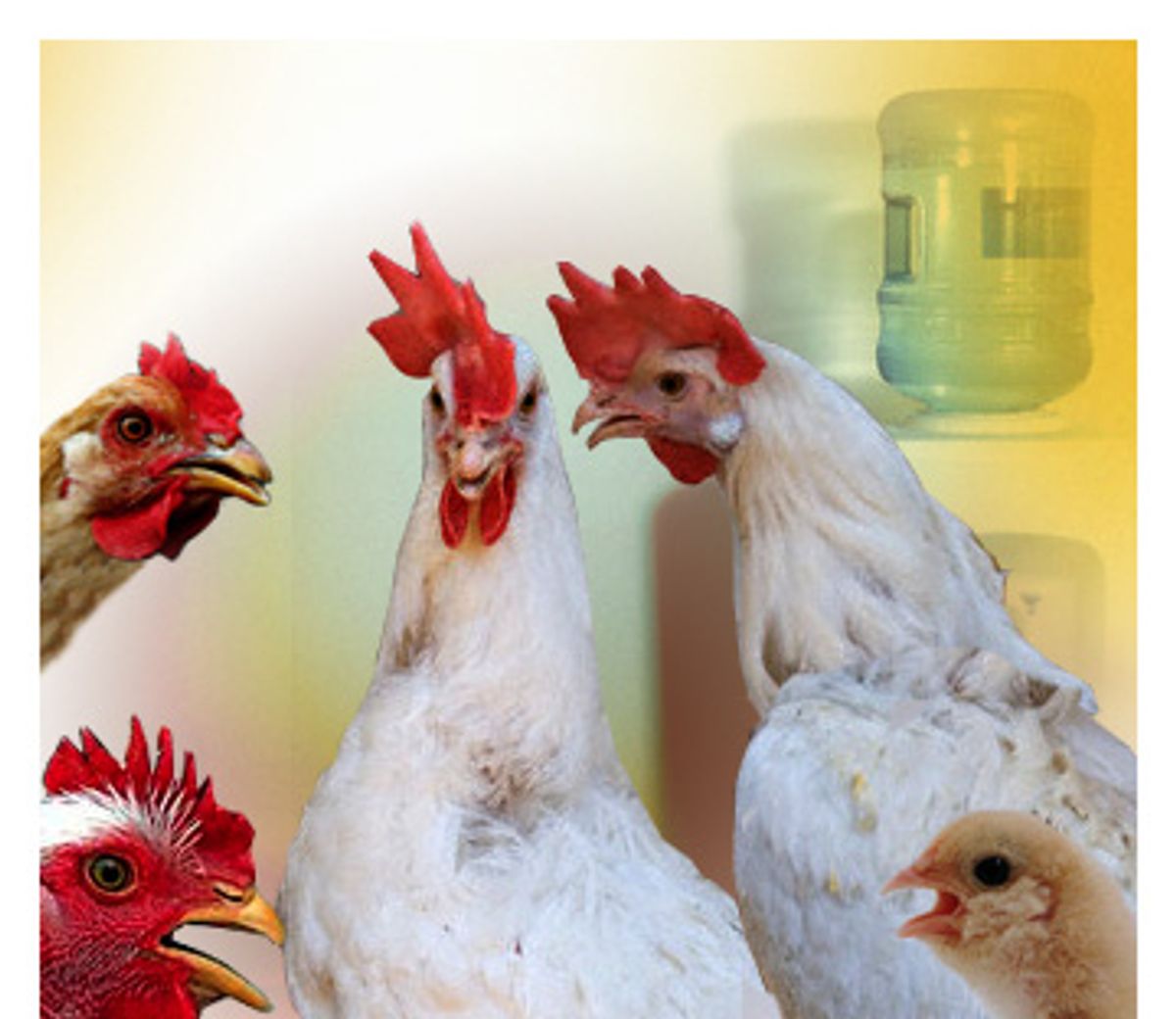 There is a moment -- well, one hopes -- in every addict's life in which the addict sees the path he or she is headed down and prays to a higher power to help him or her change. Of course, this prayer might go unanswered, or circumstances might get in the way.

For me, the moment came on a Thursday in late May; I don't think I'll ever be able to forget it. I was sweating with anxiety, staring at my flushed face in the reflection of the subway car window. I had to stop gossiping. At least until Labor Day. It was ruining my life.

The day leading up to that moment had been like any other day. Just before I left work, I found myself parroting back to a group of co-workers a story of little significance that one of our higher-ups had shared with me. The effect was one I knew well: lowered voices, elevated heart rates, widened eyes and heads shaking in disbelief. There was no reason for me to have repeated what our boss said, and if she had found out that I had told, she likely would not have cared. Still, I felt the familiar rush that accompanies shared speculation, and got swept up in it.

But I can't tell you what I told my co-workers that evening because I don't gossip anymore.

Well, OK -- I do gossip. But now I just feel horrendously guilty about it.

Why the sudden change of heart? I've been gossiping since before I could form coherent sentences. When I was growing up, both of my parents taught me that gossiping is good for you, that it makes you feel like part of a community, and less lonely, even if what you are doing is pointing out how alienating other people are. As a result, I gossip incessantly about friends, family and co-workers. I gossip about politicians, people I've never met, people I haven't spoken to since high school or elementary school, even strangers on the street. I have gossiped about my priest. I even gossip about my dog, who is fortunately deaf and can't hear it when I tell people how much weight she gained this winter. After a trip to a restaurant with friends, I've caught myself sounding like a columnist for the New York Post: "Doug had braised short ribs, while I had the chipotle beef skewers. Julia, however, must be on a liquid diet -- she ordered only vodka sodas at the table." I come home from social engagements with a sore throat -- talking for three hours straight will do that to you. If there has been one constant in my life, it is that if I live to tell the tale, I will indeed tell the tale.

But on that fateful almost-summer evening, the euphoria of gossiping suddenly morphed into something desperate and gawky, a shame that I was determined never to feel again. I thought: If I can't talk about other people -- their failures and triumphs, heartaches and achievements -- I have nothing to say. What does that make me?

When I gave up, I gave up cold turkey, and of course that was my first mistake. Not only could I not offer gossip, I could also not ask leading questions to try to draw gossip into the conversation. (Full of conviction, I actually told people that they could punch me in the arm if they caught me doing either of these things.) When someone offered unsolicited gossip (God bless that person) I would offer up my arm for the punch if I accidentally raised my eyebrows or made a gagging noise in response to the gossip.

Over the next few weeks, I encountered countless challenges. For one, I learned that two of my co-workers had been secretly dating each other -- for five months! Then, my boss became pregnant. When people asked me questions about it, I nearly cried.

My two best friends, who'd been recently out of touch, inquired about each other over e-mail. "How is she?" one wrote. "You'll have to ask her that," I stiffly replied. "What's going on with her?" the other wondered. "I really can't say," I answered -- though I really could, and was dying to!

As the weeks wore on, my co-workers assumed I was just being quiet. But my friends and family grew increasingly frustrated.

"Well, what are we going to talk about then?" my mom asked me skeptically. "Books? And ideas?"

"Just tell me the facts," my friend Liz exclaimed one day, as I evaded her questions about my weekend activities. Instead, I gave her a bare-bones rundown, without a whit of commentary about why I'd ended up at home on a Saturday night. Liz got bored with the conversation fast and got off the phone.

Logistically, cutting gossip out of your life does not work. For the purposes of my challenge, I'd defined gossip as any instance -- spoken, written, even gestured -- in which the affairs of another are discussed without that person's knowledge, but how could I hope to plan my wedding, for instance, without discussing with my partner how much my parents might be able to contribute?

Another unforeseen effect of banning gossip from my bag of conversational tricks was an increase in my own narcissism. I pondered my own affairs aloud to fill the space where I had once contemplated others'.

"Well, I can only speak for myself," I'd begin to a barely attentive audience. "But I always double-check my bank statement online. You never know when they might make a mistake." But while my frustrated inner gossip knew it was a sly reference to a friend who'd been paying for Netflix for several months after canceling her subscription -- without the ability to actually state a comparison, it came out like a spew of random information. I became boring, as boring as I had ever been catty.

Which is worse? I asked myself. To be boring or to be catty? And we all know the answer to that one.

When I began to crack, my new habit mixed terribly with the old. After I abandoned my mission, the inane details I now felt compelled to share about my own life became fair game for others. I justified the social and professional benefits of gossip to myself. I told myself that I would only gossip to my boyfriend. But as good as it felt to let out the torrent of unprompted hearsay, it was not enough. Then I elevated my best friend to the status of gossip recipient. The die had been cast, and soon I was gossiping again with wild abandon, shocking myself with my own vigor.

By August, the good intentions of May were a distant memory. I was on a dog-days-of-summer bender. My voice got louder, my tone more judgmental. I didn't care who heard me -- I'd complain about my co-workers, my friends, and the lady selling eggs at the Green Market as much I damn well pleased. Why shouldn't I be buoyed by the savored tidbits of schadenfreude that keep everyone else going?

It's a bad argument for a bad habit. But what is true is that gossip -- the idle chatter, the shared speculation that fills up so much of our time -- can also be chock-full of survival tactics that are absolutely useful. As I shopped around a book earlier in the summer, I had no way of determining whether I was making the right decision on the advance or the publisher. Without asking for advice from people in the know, how on earth would I decide if I was getting a raw deal?

We lose if we do not gossip. When we prohibit gossip, we prohibit meaningful connections as well: How do acquaintances become friends, after all, if they cannot share their confidences about whom they despise and whom they love and, of course, why they feel the way they do.

Now that fall is upon us, I often wish I'd never embarked on such a harebrained scheme of self-improvement. I failed, and I feel crappy about it. No one even bothers to punch me in the arm anymore. My friends knew I'd fail, and they never wanted me to succeed to begin with. And now I've got new habits to shed and skills to learn -- how to shut up, for instance.

I've decided to take a new, more artistic approach to gossip. It's too rich, too valuable, to cut from my life altogether. But at this rabid pace, I'm rotting my brain and losing my voice. Instead of gossiping, I will allow myself only to tell good stories. Entertaining, well-edited stories, a mix of the facts and a little commentary.

Storytelling, after all, is an ancient practice. It's bigger than you and I and the silly things that make up our day-to-day lives. A good story lifts the teller out of the realm of town crier and into the realm of a legend. At least that's how I justify it this time.

Lucy Silag is a writer in New York.