In defense of Larry Craig

All he wanted was some consensual sex, which he didn't get. Where's the GOP outrage about Sen. David Vitter? 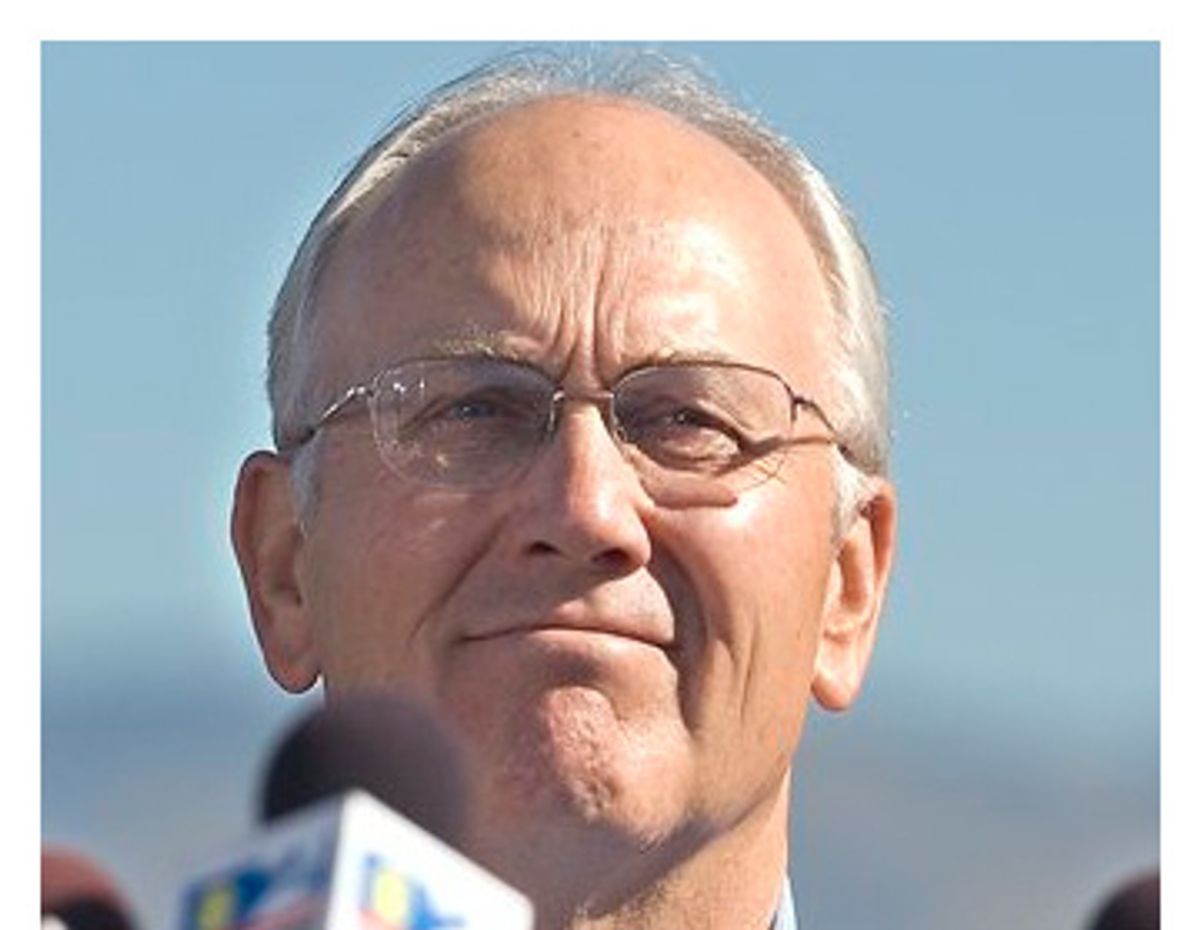 I come to defend Larry Craig, not to bury him. He is a homophobe. He is a hypocrite. He is a holier-than-thou senator with feet of toilet paper. But Larry Craig has been forced to resign his seat for all the wrong reasons.

Even taking the officer, described by MSNBC as a "compassionate man with [a] diligent work ethic," at his word, all the senator did was stare at him through a crack in the toilet stall, tap his own shoe on the floor, touch the officer's shoe and pass his hand underneath the stall in what is apparently some time-honored gay mating ritual.

So adding that up, all I can get is Craig might have wanted to have sex with Karsnia. Perhaps right there in the bathroom. Perhaps in a hotel room somewhere. And that is what McConnell calls "unforgivable."

If one person hitting on another person in a public place is a crime, then every singles bar in the country on a Friday night is a hot spot of unforgivable crimes. It is America's stunning prudery that just the thought of having, the desire to have, (gay) sex has been criminalized, so that this man was blackballed, ostracized and forced to resign.

President Bush, who defended his incompetent attorney general to the bitter end, and never retracted "heckuva job" from Michael "Brownie" Brown, left a press conference without answering when asked if Larry Craig should resign. No one, it seems, wanted to touch the Idaho hot potato, except, of course, the poor stoic wife who had to stand by her man at humiliating press conferences.

I will praise Larry Craig for having the courage to fight back, albeit briefly, and not just blame alcoholism and check into rehab. Unfortunately for Craig, so busy was he chanting his "I am not gay; I never have been gay" mantra, he didn't leave himself any room to state the obvious truth, that the only thing he was really guilty of was wanting to have sex. What if when he passed the paper under the toilet stall he had just written on it, "I am Craggy69 on MSN Messenger. IM me tonight"? Would that have constituted disturbing the peace?

On the other hand, Sen. David Vitter's name showed up in the phone records of the "D.C. Madam," accused of running a prostitution ring in the U.S. capital. The good senator even admitted that he was guilty of "a serious sin in [his] past." From that we might assume that unlike Craig, Vitter (R-La.) actually had sex and, unlike Craig again, paid for it.

Yet Vitter remains a senator. He was not forced off all his committees, though his Web site claimed he was committed to "advancing mainstream conservative principles." He asked that the matter be kept between "God and [his] family." It seems that everyone obliged. Cynics among us might think that it was because the governor of Louisiana, who would have appointed his replacement, is a Democrat while the governor of Idaho is a Republican and apparently already has the lieutenant governor lined up to go to Washington, D.C.

But I think the rot is deeper than just Senate arithmetic. Larry Craig, homophobe on the Senate floor, is dying a death of a thousand cuts by homophobia disguised as nonjudgmental fairness.

Gay activists are rejoicing at the fall of another homophobe, hoisted on his own petard, tripping over the skeleton in his own toilet stall. Activist Michelangelo Signorile, who has defended the "outing" of antigay closeted public figures, said in Newsweek, "For me, this is all about journalism and equalizing the reporting of homosexuality and heterosexuality."

But if there is a case of a radical discrepancy in how homosexual sex and heterosexual sex are treated by the media, it is Larry Craig vs. David Vitter. And while it's always gratifying when a hypocrite gets his comeuppance, it's tragic that those activists rubbing their hands in schadenfreude didn't stop to note that gross inequality.

This is not about the right to have sex in a public place. Craig is being sacrificed for the mere act of perhaps wanting to have sex. Nothing more. And that will come to haunt us all long after we have forgotten the unfortunate senator from Idaho.

To paraphrase Mark Antony: "Little good is interred with Larry Craig's resignation. But the evil that this precedent sets lives after it. O judgment! thou art fled to brutish beasts, And men have lost their reason ... Bear with me; Something has been lost in that toilet stall with Larry Craig, And we must pause till it come back to us."

I fear we will be waiting for a very long time.