A wireless touch-screen iPod. A video Nano. And a much cheaper iPhone

Apple releases an amazing lineup of music products for the holidays. 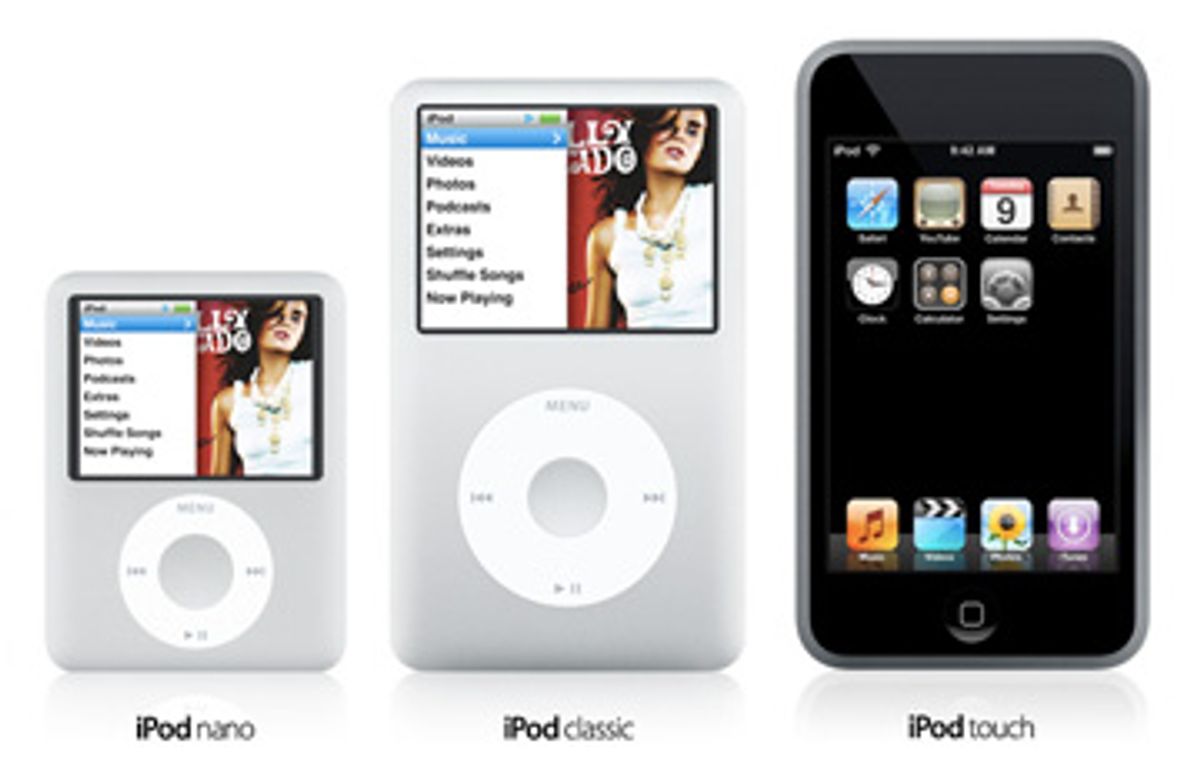 Whoa. I just got back from Apple CEO Steve Jobs' media event here in San Francisco, and the mind reels. The rundown of announcements, in descending order of importance/amazingness/freak-out potential:

Of all these, it's the iPod Touch that stole the show today. Certainly we've seen music players with Wi-Fi before, but a wireless iPod is a different beast. This is an iPhone for the rest of us: A multi-touch OS X device that doesn't tie you to AT&T or any other cell provider, a device that gives you the Internet on the go -- or, at least, wherever Wi-Fi is available -- through the best mobile interface on the market today.

In my brief time playing with it -- Apple set some up in the convention hall -- I found the device just as thrilling as I did the iPhone. Indeed, it was virtually indistinguishable: Browsing the Web on the Touch, you tap and pinch the screen just as you do on your iPhone. It has the same keypad, the same menu system, the same automatic reorientation of the screen when you flip the unit sideways.

Granted it's not a phone. But better to say not yet. Remember, this thing runs Mac OS X. And while, like the iPhone, the device is locked up against outside applications, I'll hazard Apple's got expectations to make this a platform. Since there are no business conflicts -- AT&T has no say what goes in this thing -- why wouldn't Apple let people load Skype on it? Or Firefox? Or whatever else we want?

Like big corporations, I'm wary of providing forward-looking statements. But Apple has just put out the best lineup of consumer electronics products for the holidays in, well ... history, right? They're going to clean up.